Russian properties in Finland were subject to foreclosure; a sizable sum of money was discovered in Boris Rotenberg’s damaged safe 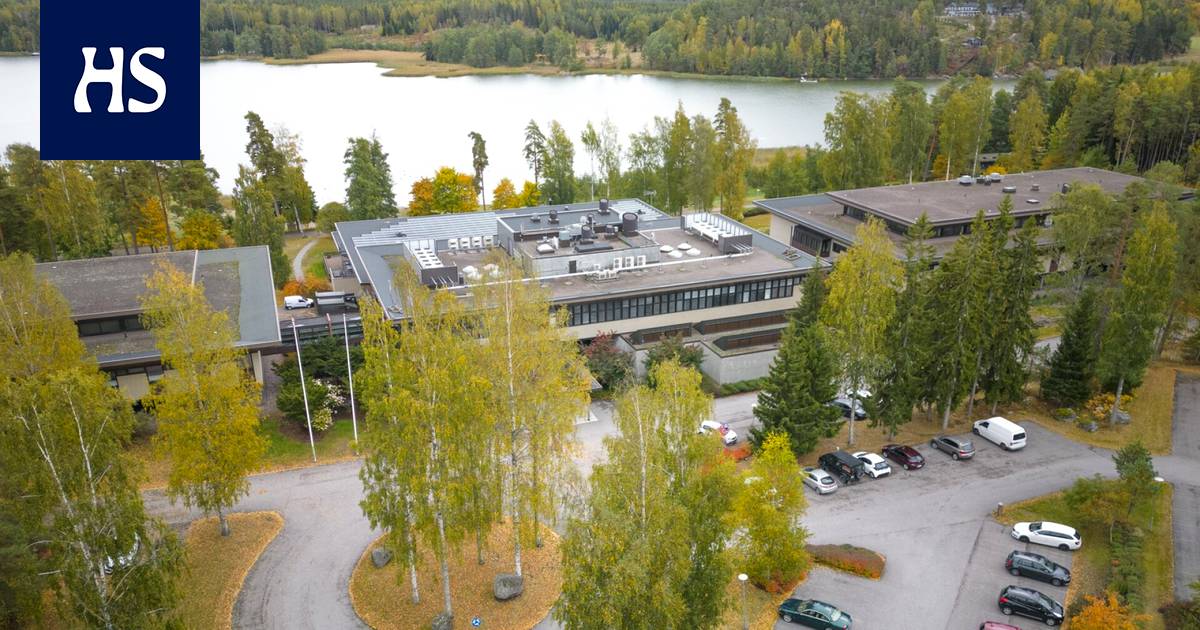 More oligarch-related assets have been blocked by the enforcement agency as a result of the EU sanctions brought on by Russia’s aggressive war.

In early September and in August, the authority announced further decisions. According to HS’s information, the rulings relate to Arkady Volozhia mixed Boris and Arkady Rotenberg, who are named on the EU sanctions list.

The oligarchs are close friends of Russian President Vladimir Putin. The EU wants to compel Russia to cease hostilities in Ukraine with sanctions.

The embargoed person’s goods or securities may be frozen as part of a bailout. The measures prohibit the property from being sold, pledged, or subjected to other similar actions without the bailiff’s consent.

After the EU placed Arkadi Volozh, the founder and CEO of the company, to the sanctions list, an enforcement agency in Finland seized the assets of Yandex, the largest search engine company in Russia.

The August ruling states that voud has complete control over both the stock and revenue of Yandex’s Finnish subsidiary. The company’s operations are unlikely to be directly impacted by the confiscation judgment.

Yandex has run the transport service Yango in Finland and had a data center in Mäntsälä where waste heat from the facility was utilized to generate a significant amount of the city’s district heating.

Volozh has already resigned from his roles as the company’s CEO and board member. This does not, however, absolve him of punishment. Sanctions on Yandex as a business have not been imposed.

The EU’s decision is cited by the Finnish enforcement agency. According to reports, Volozh serves as a prominent representative of local business activity, which provides a sizable portion of the Russian government’s revenue.

Furthermore, Yandex is blamed by the EU for favoring Russian state media and official narratives in its search results. Additionally, it has rated or eliminated anything that is critical of the nation’s administration and its war of aggression.

In 1997, Volozh created a search engine and established the business. Volo, who was born in the Soviet Republic of Kazakhstan in 1964, holds dual citizenship in Russia and Malta.

Ilya Segalovich, a technological expert and co-founder of Yandex, passed away from cancer in 2013.

Arkadi Volo, the creator of Yandex, was subject to fines; now, Mäntsälä is debating the future of district heating.

Yandex is known as the Google of Russia because it has been the top search engine in that country for a number of decades.

Helsinki The information given indicates that Lngvik Capital’s shares and its stakes in two further businesses have also been blocked due to foreclosure.

In actuality, the authority therefore assumed ownership of the properties in the Kirkkonummi real estate company and the ice hockey arena corporation known as Hartwall Arena in Helsinki Hall.

In addition to the Rotenberg family, Gennady Timchenko is another oligarch who holds a large stake in the Helsinki Halli corporation. His shares had previously been seized in the past.

On a roughly nine-hectare oceanfront site, the Lngvik conference and wellness hotel is situated. The now-frozen Tanskarlan Centrum Oy is the owner of it.

Ryokan Oy is in charge of the real spa operation on the grounds. It is not covered by these orders to freeze assets.

A freeze prevents Lngvik Capital’s assets from being pledged, sold, or subjected to other similar actions without the bailiff’s consent. These are only temporary measures, according to the Rotenbergs, and usually come before the confiscation decision is made.

Roman Rotenbergin, on behalf of his father Boris Rotenberg, is the legal owner of the property. The EU sanctions list still does not include him.

Official records, however, reveal that the older Rotenbergs and their Cypriot businesses loaned Lngvik Capital more than 34 million euros in total.

If these debt claims are settled, according to the Bailout Office’s ruling, funds must be sent to the authority’s official account.

Mightily The MOT program provided information based on the cash flows Lngvik Capital received at the start of September.

After Roman Rotenberg requested the Patent and Registration Board (PRH) add his business back to the trade register, Distraint made the freezing judgments.

Due to unfinished financial accounts, Lngvik Capital and Tanskarlan Centrum, the spa’s background firm, were kicked out in 2020.

The fact that no apparent operating entity appeared to be the owner of the Lngvik spa facility led to an odd predicament. The municipality of Kirkkonummi also looked into the ownership problem.

Roman Rotenberg provided the registrar with the missing financial statements during the summer.

Based on the data in these documents, it appears that the foreclosure action has taken place. The debt links between the businesses and the senior Rotenbergs are displayed in the financial statements.

During a search of Boris Rotenberg’s Rinimex firm’s offices on Helsinki’s Mannerheimintie, Distraint discovered the company papers of an oligarch family.

In May 2022, while conducting a search, an unopenable safe was discovered by the enforcement officer.

The bailiff unsuccessfully asked Boris Rotenberg’s case manager for the safe’s code. No key or code was given.

At the end of August, when authorities eventually broke the vault open, they discovered 20,000 euros, 650 British pounds, and 1,600 US dollars in cash. A decision reached at the beginning of September resulted in the cash being blocked.

Before, the Rotenbergs’ possessions experienced constraints.

According to HS, freezes relating to Boris Rotenberg had been made for more than 10 million euros by May. The measures included a luxury property in Hanko, residences in Lapland, run-down apartment buildings in Hanko, as well as Ferrari vehicles and a boat.

The Tanskarla kenttä seashore property next to the Lngvik spa was similarly frozen in the spring. The property is owned by Rinimex, a business owned by Boris Rotenberg.

The multipurpose building where former hockey star Teemu Selänne developed the concept for his own hockey school in 2015 still had a field planned for it. The land, which spans over nine hectares, is yet unfinished.

Several ownership agreements for the spa in the backdrop have been created as a result of restrictions.

In 2014, Arkadi and Boris Rotenberg transferred the spa property and its business to Boris’ son Roman Rotenberg for the nominal sum of one euro after being added to the US Russia deportation list.

He also appeared on the US list the following year. At that point, a new ownership arrangement was established: the Rotenbergs’ longtime business colleagues Martti Ahdon and Help Niiniketon received ownership of the company for the sum of one euro. The ownership of the property remained with Rotenberg.

by Ryokan Oy The property’s rent debts have been written off, and HS was informed of this in the spring.

The corporation has argued that it is distinct from the oligarchs and used this argument to support the low acquisition price while maintaining control over the expenses and investments associated to the property.

Even after the Rotenberg family sold the business to their longtime partners in 2015, the family’s influence could still be seen in Lngvik. For instance, Roman Rotenberg, co-owner and manager of the St. Petersburg SKA hockey team, has hosted guests at the inn.

The Lngvik spa, established by oligarchs, acknowledges that the Ministry of Foreign Affairs assisted it with embargo issues.

The operation of the spa won’t likely be impacted by the real estate company’s shares being frozen, but it will stop, among other things, the property from being sold.

On Tuesday, September 20, the Patent- and the Registry Board announced that it had denied Lngvik Capital’s and Tanskarlan Centrum’s application to be reinstated in the trade register.

Roman Rotenberg’s counsel had written to the authority in an appeal and argued that sanctions restrictions could not be used to block company registration. The situation is viewed differently by PRH.

According to the Patent and Registration Board’s ruling, “Given the circumstances, there is a possibility that the return of the firms to the trade register would have indirectly made funds or financial resources available to or exploitable by persons on the sanctions list.”

Decisions can be contested before the Helsinki Administrative Court by businesses.

One thought on “Russian properties in Finland were subject to foreclosure; a sizable sum of money was discovered in Boris Rotenberg’s damaged safe”