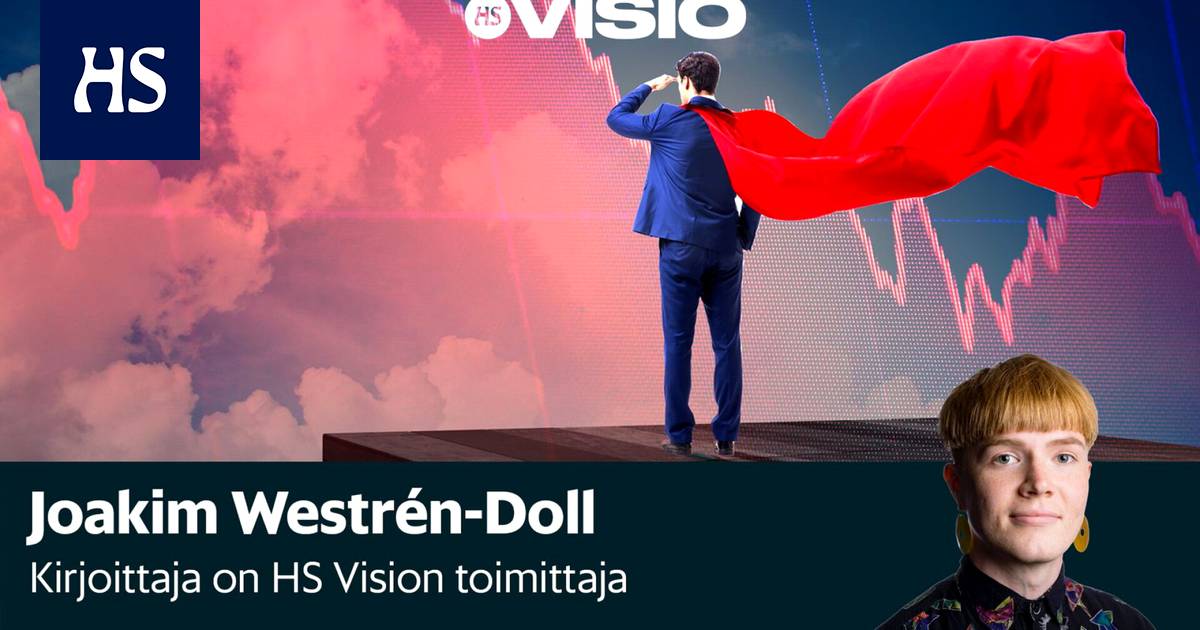 In a down market, active funds should beat their arch enemy index funds. The beginning of the year has been difficult for Finland’s fund heroes, writes HS Vision editor Joakim Westrén-Doll.

Beginning year 2022 has been particularly good for active equity funds. In the first half of the year, almost half of the funds on the US stock market selected large companies beat out S&P 500 -index.

It is a rare treat for portfolio managers – last year, four out of five of the same funds lost to the benchmark index. Not a good equation for the investor, if at the same time the returns have to be planed for the fund’s current expenses.

Now the situation is different: when the market is in turmoil, stock-picking funds have to fly through the air like a bird or an airplane. Otherwise, there is no point in their existence.

2009 was the last good year for active equity funds in the United States, when different sectors recovered from the financial crisis in very different ways. Market movements have been fragmented this year as well, which has opened up profitable opportunities.

That way fund managers who pick stocks are the superheroes of the market: they know how to act in chaotic conditions.

The most noteworthy newcomer to the Finnish fund field is probably United Bankers’ special investment fund Thales Argo, which is looking for future market leaders in the market. That is, the handful of all the companies in the world, which in the end makes about half of all surplus income.

The fund’s analyst is a fairy tale Ernst Grönblom, the Iron Man of stock picking, who used to manage Finland’s most successful active stock fund. Grönblom’s portfolio focused on US technology giants such as Amazon even made the world’s best return in its own series.

Now credit to technolocomotives seems to have hit the centralized portfolio hard. Since the beginning of the year, the fund is 37.15 percent below zero.

It is almost the worst performance of Finnish funds, with the exception of funds focused on small companies or Eastern Europe.

Coincidentally, Grönblom’s previously managed Helsinki Capital Partners’ Focus fund has fared even more poorly (down 43.65 percent since the beginning of the year).

So the Man of Steel leans on the ropes and the home planet of Krypton is in open flames.

HCP Focus also seems to have been vaccinated by the underbelly of the techno sector. The portfolio includes Meta, which fell drastically over the course of the year, as well as online stores Shopify and Etsy.

In the fund world currently known as an investor like Grönblom, he operates: an ex-poker professional Jens Kyllönen.

Kylönen and Arimatti Alhangon – Coeus Invest Grit, based on the Batman and Robin investment strategy of the Finnish investment scene, made its first purchase in January. The fund is looking for “clearly better than the market” returns by picking small and medium-sized pearls of the Nordic stock exchanges for the portfolio.

In the beginning, the three largest holdings were the software company QT Group, the used car company Kamux and the “turnaround company” in the IT industry Tecnotree. Over the course of the year, everyone’s stock has fallen rapidly.

So in the bat cave, at the beginning of the year, there was no clear neck link from the index. In January–June, the fund was down 18.90 percent, while the cap yield index of the Helsinki Stock Exchange lost 17.7 percent in January–June. However, the OMXH general index fell by more than 20 percent.

Since then, the fund has lightened its holdings in the techno sector and invested in, for example, the banking sector. Both the fund and Kyllönen himself owned a large amount of Oma Säästöpankki at the end of August.

Thence of course, there is no fear that the main hood of our cloaked heroes will withstand a blow. The purpose is to make a profit in the long term.

Both Grönblom’s and Kyllönen’s funds were launched into the hot boom therapy pool.

The subsequent monetary and world political twists and turns made the timing, in a word, challenging. The final result of the index struggle will be decided in the next issue.

What can a mortal learn from this? The funds have had in common a concentration on 10–15 companies, with a strict techno emphasis.

Fair diversification is therefore worthwhile if you are not a superhero.

One thought on “Analysis: When markets are chaotic, active mutual funds should thrive. Indexes can still beat fund superheroes”