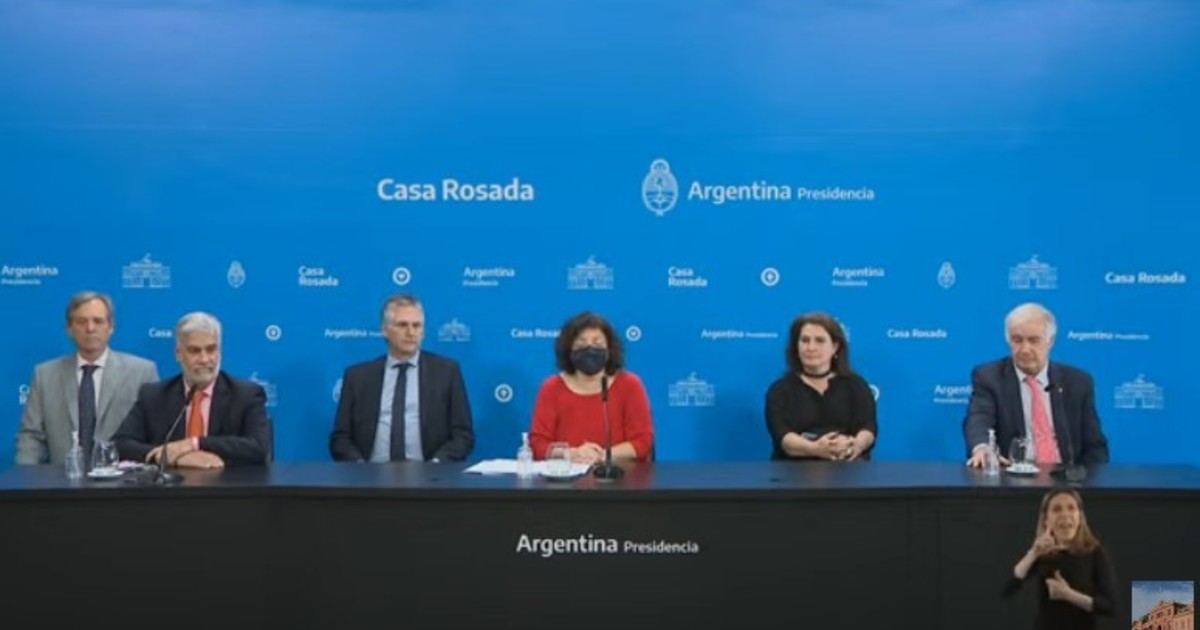 In a joint press conference, the Minister of Health, Carla Vizzotti, and the Secretary of Internal Trade, Roberto Feletti, together with representatives of the chambers that make up the laboratories, reported the details of the agreement reached regarding drug prices. .

“We have reached an agreement between the Argentine government and the pharmaceutical industry and stabilize prices from November 1 and maintain them until January 7“Minister Vizzotti reported.

In that sense, Feletti announced that in the time in which prices remain frozen, it will be used to “to discuss with the sector the problems of costs, supplies and operation of the drug market”.

“The objectives of the Ministry of Commerce in this first stage of management are two: to ensure until January 7, and in the moment of immediate recovery from the pandemic, two essential consumer items. One is food, another is medicine, “added the Secretary of Commerce.

He also noted that the food price freeze has a compliance level of 85%. In that sense, he pointed out that they have the expectation of “reach the same degree of development in medicines”.

“The idea is that at a time of expansion like the one the economy is experiencing that this is not frustrated by prices,” added Feletti.

Consulted on the increase in gasoline set by YPF, Feletti assured that it should not impact on the price programs. “It is not unforeseen, therefore we understand that it is contained in the program of the companies that have agreed to and are supporting the price program. In the medium term, the alignment of rates and prices has to occur in order to sustain these programs. Now, this The modification made by YPF now will not impact the price agreements as of January 7. ”

In that sense, he also spoke of the impact of the blue dollar. “To the extent that the Central Bank supplies the business sector with the demand for imports, and the projection of foreign exchange gives perfectly enough to do that, prices would not have to be corrected based on the price of a market that is illegal“, he pointed.

“During the pandemic the industry never stopped, with very large cost increases caused by logistics, inputs, because the prices of raw materials increased. They were not two easy years for the industry and when we are summoned and asked for an effort we are willing to support. Hopefully our efforts will help prices stabilize and the economy begin to grow“said Eduardo Maquiavelo, from the Industrial Chamber of Argentine Pharmaceutical Laboratories (CILFA).

On the freeze, he added: “It is not a basket but all the medicines that exist in the market”.

On Monday the agreement had been anticipated in a joint statement from the three main chambers of the sector (CAEME, CILFA and COOPERALA). The industry thus validated the request of the Secretary of Internal Commerce.

“The pharmaceutical industry present in Argentina maintains its goodwill and collaboration with the Government. Likewise, it reiterates its commitment to work for equitable access, as it has been doing for many years through various agreements with the different actors of the system. of health “, had indicated in that opportunity the organizations that represent some 350 laboratories.

According to the statement itself, the freezing agreement applies only to “prescription drugs of all segments at the retail price,” that is, that they are issued under prescription. Not so the over-the-counter.

In total there are around 17,000 product presentations, which each laboratory will have to bring back prices to November 1.

CAEME (which represents foreign laboratories), CILFA (national) and COOPERALA (cooperatives, SMEs and medium-sized firms) participated last Thursday in a meeting with Feletti and Vizzotti to “agree” on a stabilization plan.

The official stated that so far this year, the drugs accumulate average rises of 45% and 86% for prescriptions.