The Italian GDP runs. For the European Commission, we are no longer the bottom line 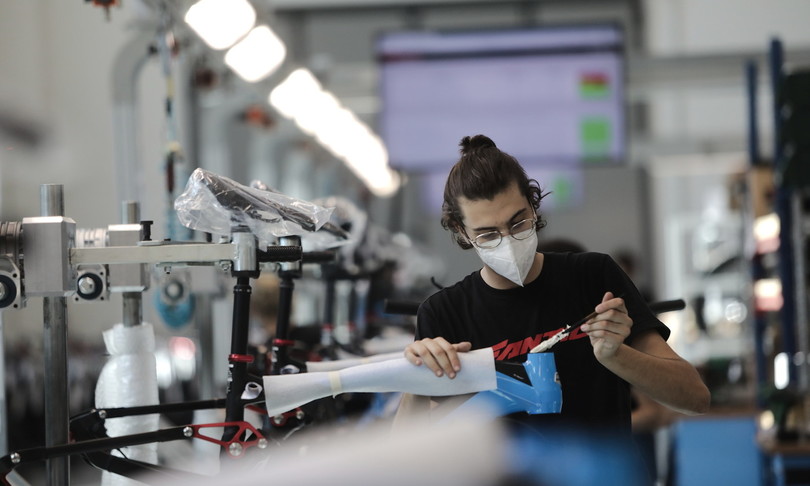 – The growth of Italian GDP should reach 6.2 percent in 2021 and then continue at 4.3 percent in 2022 and 2.3 percent in 2023. This is what is stated in the European Commission’s autumn economic forecasts. Compared to the summer forecasts published on 7 July, there has been an improvement in expectations for the Italian economy.

In fact, the Commission’s previous tables predicted growth of 5 per cent for the current year and 4.2 per cent for 2022.

In Italy, “the public debt ratio to GDP is set to decrease from 155.6 per cent in 2020 to 151 per cent in 2023, thanks to the economic recovery”, according to the forecasts, “after rising to 9.6 per cent of GDP. in 2020, “Italy’s” nominal deficit is projected to decrease marginally to 9.4 per cent in 2021 “because” the rebound in economic activity is expected to have increased government revenues, amply offsetting the increase in government-related expenditure. political measures “taken to limit the crisis.

“Consumer services led the rebound” of the Italian economy “in the second quarter of this year” while “the driving force behind GDP growth” shifted “from construction and manufacturing to services”. This is what we read in the European Commission’s autumn economic forecasts.

“The economy is estimated to have continued its path of expansion in the third quarter of 2021 – reads the forecasts – while it is likely that the increase in the prices of factors of production and the interruptions in supply facing manufacturing companies they will weigh on the short-term prospects “.

However, “the Italian economy should embark on a stable and sustained expansion path next year, thanks to the easing of supply shortages, national budget support and in particular the development of investments financed by the Recovery and resilience facility”, or the part of the Next Generation Eu dedicated to the direct support of member countries. “The outlook remains subject to downside risks linked to the pandemic – warns the EU document – including the potential entrenchment of participation in the diminishing workforce”.

How is Europe doing

The pace of economic recovery in the European Union is increasing with a GDP growth forecast for the current year of 5%. This is stated in the European Commission’s autumn economic forecast. The economy of the twenty-seven EU countries is expected to grow by 4.3 per cent in 2022 and by 2.5 per cent in 2023. The forecasts have improved by a few decimal places compared to the summer ones published last July 7, when Brussels predicted growth. for the current year equal to 4.8 per cent and 4.5 per cent for the following year.

The autumn forecasts point to falls in the growth estimates of Germany and Spain, while an improvement is expected for France. Germany will grow by 2.7 percent in 2021 and 4.6 percent in 2022. Previous estimates published at the beginning of July showed the German economy to grow 3.6 percent this year. Estimates revised downwards also for Spain, which in 2021 is expected to grow by only 4.6 per cent compared to the 6.2 per cent forecast in July. On the other hand, the estimate relating to the French GDP improves, which will grow by 6.5 per cent in 2021 compared to the net 6 per cent forecast in July.

“The lifting of the restrictions during the second quarter led to a marked improvement in labor market conditions” and “in the second quarter about 1.5 million new jobs were created and there was a rapid rebound in hours. work “. This was stated by the European Commissioner for Economy, Paolo Gentiloni.

“Dynamic economic activity is further stimulating demand for labor and pockets of labor shortages are emerging, particularly in sectors where activity is on the rise,” the Commissioner warned. “The unemployment rate in the EU is expected to remain at 7.1 per cent this year and fall to 6.7 per cent, the pre-pandemic rate, in 2022 and further to 6.5 per cent in 2023,” he said. former premier. “But the recovery of jobs is not taking place uniformly between sectors and economies” therefore “there is a real risk that inequalities between genders, age groups and sectors of society will increase”.

“In the medium term, the simulation models conducted by the Commission show that Next Generation Eu could increase the EU’s GDP by up to 1.5% during its years of activity,” added Gentiloni, presenting the autumn economic forecasts. “These simulations are for investment only and do not include the positive impact of structural reforms, which can substantially increase growth in the long run.”

“Although the impact of the pandemic on the economy has weakened considerably, Covid-19 has not yet been defeated and the recovery strongly depends on its evolution, both inside and outside the EU,” writes the Commission. “In light of the recent spate of cases in many countries, the reintroduction of restrictions affecting economic activity cannot be ruled out. In the EU, this risk is particularly relevant in Member States with relatively low vaccination rates”, it continues. “Economic risks also affect the potentially protracted impact of current supply constraints and bottlenecks,” explain the Brussels technicians.