Can the economy continue to grow forever? 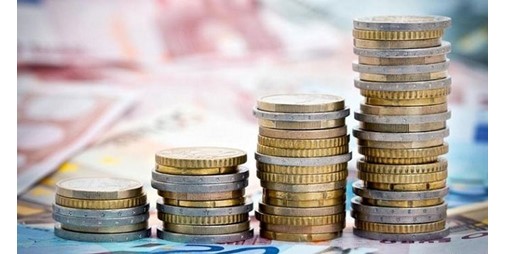 Not all economists believe that all economic growth is always good. Former Ecuadorean Energy Minister Alberto Acosta distinguished between growth and development to explain why. “Economic growth does not equal development,” Acosta says. “Every form of growth has a social and environmental dimension. There are good and bad forms of growth.”

Acosta and a panel of journalists, human rights experts and economists dissected the idea of ​​economic growth at a recent conference on sustainable development. The event was hosted by German Aid Agency in Bonn, Germany.

The session also discussed the shortcomings of relying on GDP as a basic way to measure the well-being of countries.. Speakers discussed several alternative ways to get a more accurate picture.

A country’s GDP represents the value of all the goods and services it produces over the course of a year.

– When the GDP rate increases from the previous year, it means that the economy has grown, more production creates more jobs and maintains the jobs that already exist, according to the logic of GDP.

But Acosta argues that GDP ignores pollution or wildfires caused by raw material extraction, and other important things. He said GDP also ignores the production and transportation of goods, as well as the production of food and weapons, and the economic impact of social developments.

– According to Acosta, industrialized countries follow economic plans with the goal of growth for the sake of growth only.. He said that he believes that such countries do not focus on the actual needs of the people.

Moreover, these countries are growing at the expense of developing countries.. Acosta believes that slowing growth rates will lead to better economic policy.

Unlimited growth is not possible

During the panel discussion, German journalist Petra Benzler focused on the idea of ​​”unlimited growth”.

– She said that some economists believe that “the economy is part of the world…and nothing can grow forever in something limited like the land.”

According to this view, economies should not depend on natural resources, because at some point they will be completely exhausted.

Instead, economies must rely more on the intangible growth that comes from the service sector.

Benzler has also argued that wealth, on its own, is not the best predictor of happiness.

– But after a certain point, the level of well-being no longer rises as well as wealth.

– Gunther Schmidt, a natural resources expert at the World Bank, disagreed with most of the speakers, saying that growth at the global level is a reality.

– He added: “In two years’ time, we will have 9 billion people here on earth..and we have increasing income, in all countries, especially in India and China..these people will demand all kinds of goods to eat and more.

Who is going to tell them they shouldn’t do that?”

While Benzler advocated slowing growth around the world, Schmidt floated the idea of ​​slowing growth only in countries already saturated with industrial development.

In response to Benzler’s claim that increased growth does not guarantee increased sense of prosperity, Schmidt referred to Greece and said that the lack of growth in the economically beleaguered country has caused a sharp decline in wealth and happiness.

The committee suggested replacing GDP as a measure of prosperity – or at least balancing it with other factors such as environmental damage.

– The committee said that such a step would reduce pressure on governments to continue economic growth just to maintain the status quo.