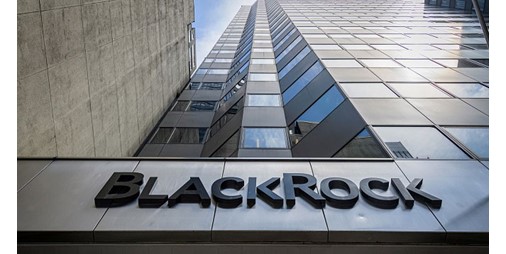 In 1988, Lawrence (Larry) Fink and a group of shareholders created BlackRock, with his main goal being to become one of the largest asset management companies around the world. 34 years later, BlackRock became the largest in the field, with An artificial intelligence program that allows it to control large investments outside its direct management, as well as significant influence in American and global economic and political circles.

In an interview with CNBC, the company’s president defines asset management as adapting to the investment environment, which continues to change very rapidly, which calls for appropriate reactions, and considers that this is what made his company superior and has an estimated share of 37-40 % of the global asset management market.

Despite the size of the huge investments managed by BlackRock, it prefers greatly to place its investments in low-risk assets, so 79.1% of its investments are in real estate, bonds, luxury goods and low-risk stocks, while only one-fifth invests in medium or high investments. the risk.

This is due to more than one reason, perhaps the most important of which is that the company’s client base is very wide and includes ordinary people who seek to maintain and develop their savings with a minimum risk, and some large clients, such as the Japanese pension fund, which invests a large part of its $ 1.5 trillion assets with “BlackRock”. Or through its famous program “Aladdin” they also tend to invest in low risk.

Some attribute BlackRock’s risk-reducing tendency to its president, Larry Fink’s personal risk aversion, due to his failure at the start of his career in 1986 and his risky accounts causing a medium-sized Boston bank to lose hundreds of millions of dollars and get expelled from it. This taught him a lesson that he later used in managing BlackRock.

The journey of BlackRock’s rise was characterized by a great deal of patience, through a slow and gradual rise in the first 10 years of the company’s life. And very important around the world.

It can be said that “BlackRock” is a company that has benefited greatly from the crises that the American and global markets have been exposed to in order to achieve its ascent journey, and this began with the “dotcom” bubble, where the company recommended all its clients before the crisis to withdraw from the stock market for the sake of investing in the bond market as it is safer and avoided a loss of more than 1.7 trillion dollars for those who remained in the market.

This recommendation (or even implementation in the event that the investor left management entirely to “BlackRock”) was a lifeline for the company’s clients as they avoided the losses of the bubble in 2001, the stock market collapsed by as much as 75% in the “Nasdaq” index of technology stocks until October 2002, while BlackRock invests in the safest assets.

By 2008, when the US government began looking at how to direct its program to rescue the national economy as the global financial crisis exploded, the constant question was “Who do we save and who do we let drown?” The question made sense given that some institutions might be “too big.” In the sense that its collapse will be followed by the collapse of other institutions, which will affect the economy as a whole. The US government decided to give this task to “Blackwater” on the basis that it succeeded in escaping the previous financial crisis.

The company has already begun directing rescue funds to the economy in the program, which began with only $ 30 billion, and reached, according to estimates, two trillion dollars, which made the company in an exceptional position, prompting some at the time to describe it as “a company that runs the world,” a description that spread after it and became more acceptable with the growth of Company size and investments.

With financial giants in the rescue package such as Pierre Citrons, AIG, Fannie Mae, Freddy Mac and others, BlackRock enjoyed a significant competitive advantage over its competitors, by deciding who It remains and who collapses, and who is compensated sufficiently and who is left suspended between continuity and bankruptcy, in addition to banks and institutions that were severely affected by the crisis, and the asset management giant had to decide whether or not they would remain in the market.

At the time, famous financial analyst, William Cullen, described Larry Fink as “The Wizard of Oz” (a story about a skilled wizard) or the man behind the scenes who rarely appears in public and is unknown to many people in the United States and abroad. But its impact on the economy and its ability to direct it is exceptional, so that it compares or exceeds official officials in countries.

“Well think of a big company name, be it Apple or Microsoft or Shell or something else, you’ll find it mostly either clients of BlackRock or the company investing in it,” Colin said.

It is worth noting that BlackRock took advantage of the effects of the global financial crisis itself and joined Barclays Bank in 2009, after it had previously annexed Merrill Lynch in 2006, which strongly supported the company’s position and significantly increased the number of its customers and the size of the assets it manages. .

With the recent Corona crisis, the US government also began, and officially, to consult the giant asset management company about rescue programs for companies stumbled by the pandemic, and once again BlackRock returned to the fore to decide who remains and who perishes from American companies.

The company has reached the extent that it is estimated that it owns at least 5% of the majority of large American companies, and the percentage reaches 30% in some giant companies as well.

The witness is that this growing role that the company plays in the American and global economies has sparked great criticism, as the company that is embedded in many major entities has the decision to grant relief to companies or not, which constitutes a conflict of interests as seen by many, and makes it in a position of opponent and judgment in many times.

Regardless of these criticisms, BlackRock has continued its feverish growth since its inception, until it manages the largest assets in the world, and even officially contributes to setting economic policies, especially with its unique technological advantages with the support of the “Aladdin” program.