Weight and imbalances of the real estate sector in China 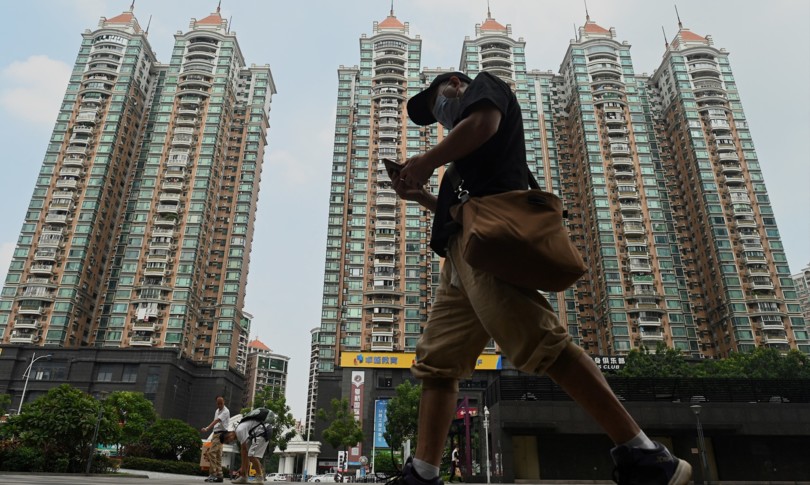 – Over the last decade, the world has shown growing concern about the rapid increase in debt levels accumulated in China, especially from the non-financial business sector (around 160% of GDP at the end of 2020); such fears inevitably become acute in the presence of signs of a slowdown in the country’s growth, or when it suffers shocks of a certain significance, as in the case of the Evergrande crisis.

China’s real estate sector is now in a bubble that has lasted for some time, fueled by reforms aimed at stimulating both private investment in residential construction and greater economic growth. These policies, together with some peculiarities of housing demand, have contributed to the growth of the sector, with the real estate and construction aggregate estimated at 29% of the country’s GDP.

Despite the size of Evergrande (also known as the Great White Rhino) and the weight achieved by the real estate sector in China, the crisis of the Chinese company is far from representing the “Lehman moment” of the Dragon: Evergrande is not, in fact, a financial company and its main institutional investors are Chinese. The ability to transmit the liquidity crisis from the Chinese real estate group to international markets is therefore very limited, also due to the incomplete opening of capital movements in the country.

The risk of a domino effect in the property sector, however, should not be underestimated as Chinese real estate firms have high levels of debt (on average, a passive / active ratio of around 80%), making them particularly vulnerable to changes in investor confidence and credit crunches by the banking system.

The Evergrande case represents a fundamental test for the Central Bank and for the Chinese tax authorities and, more generally, for Xi Jinping himself. While, on the one hand, it is extremely important to avoid a disorderly bankruptcy that would negatively impact the entire Chinese economy, on the other, the public bailout of the real estate giant would intensify the moral hazard problem that characterizes the investment context in China. and would be contrary to Xi’s wealth redistribution campaign.

The experience accumulated by China in recent years in the management of defaults and restructuring of important banking and real estate counterparties suggests that the Evergrande crisis can be resolved through an orderly divestment of its assets, without causing injury to the country’s economy.

But there is a good chance that the shock caused by the Great White Rhino crisis could impact, indirectly and with varying intensity, on those sectors that support real estate development activities through the supply of building materials, machinery and specific chemicals, furniture and fittings. This presents risks for our relative exports to the country which, in 2019, for these sectors almost reached € 2.2 billion (17% of the entire Italian export to China).

However, reassurances for Italian companies that sell in China come from the multiplicity of uses of the goods sold, which are not limited to residential construction only (for example, although part of the construction sector, the infrastructures present a very high level of overlap. concerns machinery and materials used), as well as the high quality of some products, such as furniture and furnishings, the demand for which remains mainly unrelated to the achievements of the average Chinese property developer.