The Italians are optimistic, but remain cautious in spending 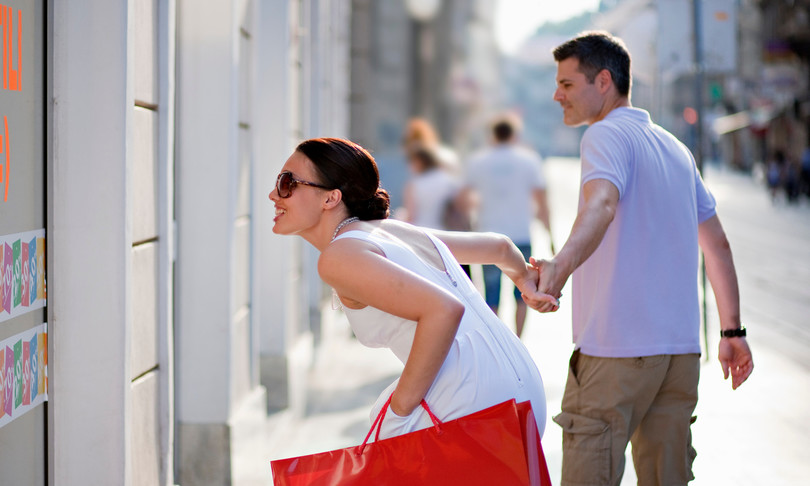 AGI – With summer just around the corner and reopening the house is no longer at the center of thoughts and expenses: the propensity to purchase furniture and technology is decreasing. According to theFindomestic Observatory they just grow travel and holidays (+ 4.8%) and DIY equipment (+ 7.2%). Optimism on the progress of the pandemic: 40% of respondents think that within 2-3 months the majority of the regions will be “white” and for 68% the reopening will be “definitive”.
After 4 consecutive months of growth, the Findomestic Observatory in June, created by the consumer credit company of the BNP Paribas group in collaboration with Eumetra, found at the end of May a braking of 12% (average) of intentions to purchase durable goods even if the figure is positive for travel and holidays and do-it-yourself equipment.

While remaining on levels equal to or higher than pre Covid the propensity to consume slows despite a climate of growing optimism generated by the progressive decline in infections and the rapid progress of the vaccination campaign. Scalded by last summer’s light-heartedness, consumers are still not abandoning the attitude this year cautious and prudent which has characterized consumer behavior so far.

At the same time, however, the interviewees do not hide a certain optimism for the evolution of the situation: 68% of the interviewees declared that the “openings” will finally be “definitive” even if 53% do not exclude that some localized closure could return and almost four out of ten respondents (38%) believe that the majority of regions will become “white” within 2-3 months, while 23% remain more cautious, indicating a time span of 5-6 months.

For travel and holidays the recovery continues

32% of those interviewed by the Findomestic Observatory, up compared to the previous month, have already planned their holidays and 54% are still waiting for the situation to evolve, which is gradually “unlocking” on travel. As proof of this, purchase intentions for travel and holidays rose by 4.8% at the end of May compared to the end of April, generating, together with the DIY equipment (+ 7.2%), a positive balance for the “time free”. Only equipment and sportswear decreased: -6.5%.

For cars and motorcycles we prefer to wait

After the momentum of April and with the exhaustion of the most attractive tax incentives (those intended for the purchase of cars with emissions between 61 and 135 g / km), Italians, in May, are more awaiting in the concrete prospect of buying a car or a motorcycle in the coming months. In fact, intentions to buy new and used cars fell by 21.7% and 21.8% respectively. Negative trend also for “two-wheelers”: motorcycles / scooters at -21.1% and e-bikes down by 9.9%.

Restructuring (-0.4%) is the only segment of the home sector that has “held” for propensity to buy. The ideas of modernization and improvement of one’s home born during the past lockdowns are now becoming concrete, but for the purchase of furniture (-12%) and new homes (-19%) there is a decrease in interest. (AGI)

Pc and telephony in sharp decline

DAD and smartworking have put many Italians in front of the need to update or increase the technological equipment of their family. Many have already done so in 2020 and in the first part of 2021 and for this reason the Findomestic Observatory in June recorded a decrease in purchasing propensity of 19% for telephony, by 12.5% ​​for PCs and accessories, by 25 , 4% for video cameras and cameras and almost 30% less (-29.1%) for tablets and ebooks.

Summer sports events such as the European football championships and the gradual change of digital terrestrial frequencies have made consumer electronics (TV and Hi-Fi) maintain substantial stability in purchase intentions (+ 0.2%) in a context that sees small and large household appliances in negative territory with a decline of 6.3% and 5.8% respectively.

Summer is holding back energy efficiency

The prolonged period of incentives that many consumers have resorted to and the arrival of summer have contributed to the decrease in purchase intentions for energy efficiency products as detected by the Findomestic Observatory: solar plants suffer a -18, 9%, followed by photovoltaic systems (-16.9%) and windows and doors (-12.3%). The passive for “stoves and boilers” was lower: – 11%.