Israel: The State Comptroller published a report on economic issues and the work of the public sector 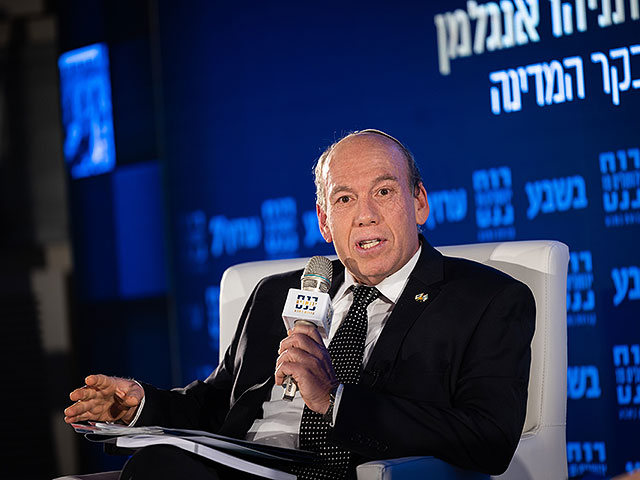 On Wednesday, November 23, State Comptroller Mataniahu Engelman published an extensive report on economic issues and the work of various public institutions. The report contains 19 chapters, among them: the structure of wages and employment in the civil service; management of the state vehicle fleet; work of the computer department of the Tax Administration; distribution of natural gas; consumer protection issues; construction of a metro tram in Gush Dan; digitalization of banking services, etc.

Checking the scope of consumer protection showed that in 2020-2021, 76% of the population in one way or another suffered from the dishonesty of suppliers of goods and services. At the same time, 25% are not even aware of the existence of structures that should protect their rights (the Office for Consumer Protection and the Consumer Council). Of those who applied to these structures, more than 60% received a response, but more than half of them were dissatisfied with the service received. The controller also notes the toothlessness of both structures, which opened only three criminal cases on violation of consumer rights and another 516 administrative cases in two years. Of the imposed fines of 119 million shekels, only 37 million shekels were recovered.

An audit of the distribution of natural gas showed that 13 years after the issuance of the first licenses, the percentage of natural gas consumers is only about 22% of the target (102 out of 450 consumers), which means a loss to the Israeli economy of 0.8-1.9 billion .shekels per year. Engelman stressed that the Ministry of Energy, in cooperation with the ministries of finance, economy and environment, should optimize the distribution of natural gas in accordance with government decisions in order to save energy costs for the manufacturing industry in Israel and reduce air pollution.

The State Comptroller studied various aspects related to the development of digital banking services, including barriers to the development of new technologies and new players in the market, in particular digital banks, as well as reforms that increase competition in the field of financial and banking services. The report emphasizes that digitalization has increased the profitability of banks and financial companies, but has not increased customer satisfaction with the banking system. He recommended that the Central Bank and the Ministry of Finance encourage local and international players to enter the market in this area in order to optimize it for consumers and reduce the cost of living in Israel.

Checking loans taken by local authorities, showed that there is no regulation in the country that obliges the municipal structure to make a comparative check of bank offers before taking a loan, and there are no instructions on checking the profitability of restructuring loans when changing the level of bank rates. As a result, the vast majority of municipalities took out loans from only four banks, and only 15% of municipalities took advantage of the low rates of 2019-2021 to restructure their loans. In addition, there is no municipal bond market in Israel, which makes it impossible for the local government to raise funds at a better rate than the banks. The reason for the absence of such a market is the discrepancy between the financial statements of municipalities and the standards required for the issue of bonds.

An important part of the report was an analysis of the structure of hiring and salaries of civil servants. Engelman noted in the report that the Treasury Department has not formed a government or even a ministerial position on this issue. The position was formed only by the payroll department of the ministry, and it does not oblige even other departments of the ministry of finance, not to mention other ministries and the government as a whole. Therefore, the four goals stated by the payroll department (simplification of the pay scale and hiring structure, encouragement of increased labor productivity, bringing pay conditions in line with the modern labor market, administrative flexibility) are hardly moving forward under the new collective labor agreements.

Checking the State Vehicle Fleet found that, despite the stated goal of full transition to electric vehicles, at the time of writing, only six electric vehicle charging points were installed in the campuses of ministries. In addition, since 2018, the Fleet Authority has not conducted a safety review, has not investigated accidents involving state-owned vehicles, has not collected its own participation from the drivers responsible for the accident, and has not followed up on complaints received against drivers.

Inspection of the computer department of the Internal Revenue Service showed that none of the 16 regular projects and 6 strategic projects of the department that were reviewed by the controller had a schedule of work, cost of work and necessary resources determined.

Of the 322 tax office forms (including VAT, real estate, customs, etc.), only 111 are available online. In particular, only 63% of customs forms and 24% of income tax forms are computerized.