The collapse of FTX claimed a new victim, the crypto lender collapsed 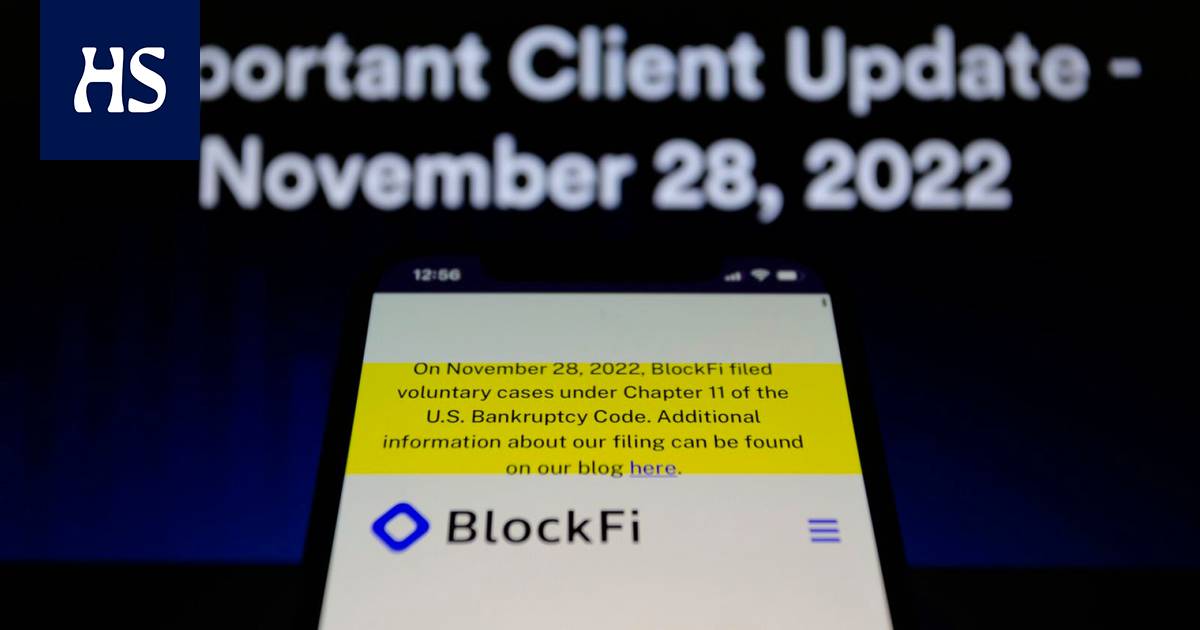 Cryptolender Blockfi filed for corporate restructuring after warning of significant connections to the FTX crypto exchange.

American crypto lender Blockfi has run into severe financial difficulties. The company has filed for Chapter 11 bankruptcy proceedings, which corresponds to the Finnish corporate restructuring.

Blockfi’s predicament is connected to the collapse of the crypto exchange FTX, which has caused uncertainty and volatility in the crypto market in recent weeks. FTX applied for corporate restructuring in mid-November.

Before its corporate restructuring, Blockfi stopped the outgoing payment traffic in its service and warned that the company has “significant connections” with FTX.

The news agency Reuters and the company itself tell about it on their website.

In the documents sent to the court by Blockf, founded in New Jersey, it is stated that the company has more than 100,000 creditors. The second largest of these is FTX with $275 million. The largest is the Ankura Trust company, which represents several creditors, with a pot of 729 million dollars.

Blockfi ran into a crisis earlier this year, when the values ​​of cryptocurrencies and with it the valuations of crypto companies dwindled. Founder of FTX at the time Sam Bankman-Fried rushed to the rescue and made with Blockf A $400 million debt settlement.

According to the Reuters news agency, Bankman-Fried would have acquired the company with its call options at the time for a maximum of 240 million dollars. At its peak, Blockf’s market value was calculated at 4.8 billion dollars.

Read more: Panic hit cryptocurrency investments. Thanks to that, billionaire Sam Bankman-Fried is taking over the market. “Infinitely smart and cunning guy.”

of the United States the Securities and Exchange Commission (SEC) had already given Blockf a punitive payment of 100 million dollars in February. The SEC considered that the company’s customer promises did not correspond to its actual operations. Blockfi promised safe deposits and high returns, but the operation was very risky and even reckless.