Garbarino closed all its stores and laid off 1,800 employees 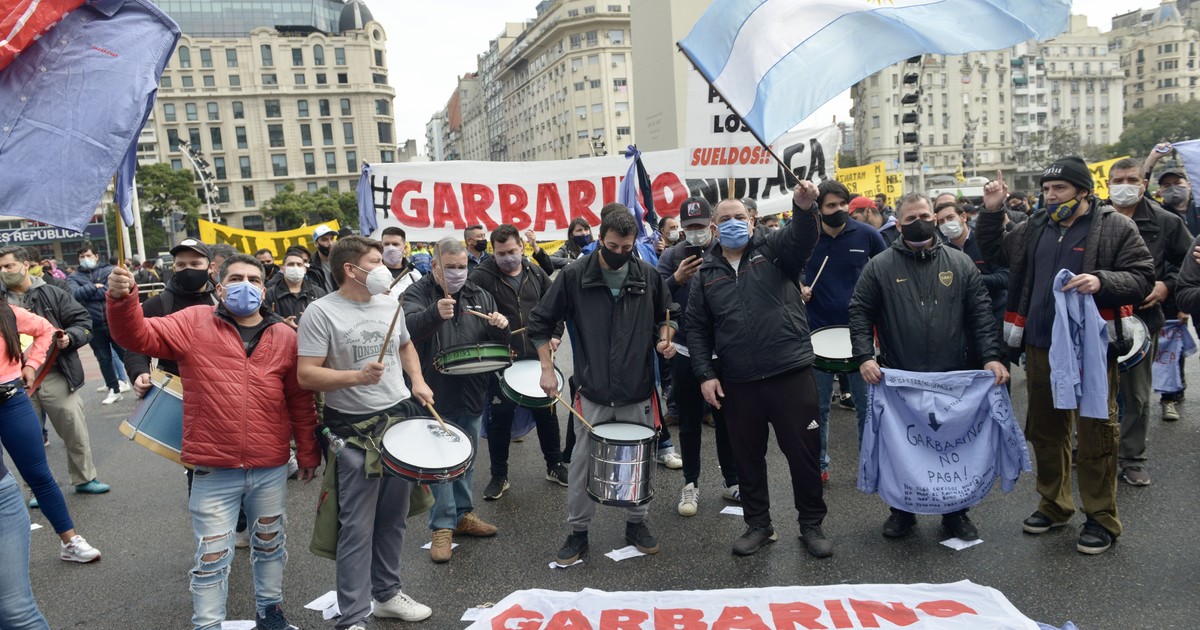 The crisis deepened in the Garbarino appliance chain, which this Friday he sent 1,800 dismissal telegrams and it resolved to close all its commercial premises.

To try to stop this situation, the Government issued the mandatory conciliation for 15 business days, in which the dismissals and unions cannot carry out force measures. And he summoned the owners of Garbarino and the representatives of the trade union – led by Armando Cavalier – to a meeting for next Wednesday at the Ministry of Labor.

Nevertheless, in the company they ensure that it is “impossible to fulfill” to keep jobs, since they closed all their stores and have no places for their employees to go.

“We have had to lay off 1,800 workers for reasons of force majeure”, said a source of the company to Clarín. And he added that, in recent months, there were another 600 employees who dissociated themselves with voluntary retirements.

In addition, there were another 1,000 employees who were considered dismissed, before the fhigh payment of their salaries, since last May. And the company challenged the Government’s DNU, which prohibits layoffs.

It is that since April the payment chain in the group managed by Carlos Rosales was cut. Garbarino did not pay 3,385 checks from different providers, with which carries a total unpaid debt of $ 4,935 million, according to the Central Bank Debtors Center.

At Grupo Garbarino there were 850 employees, of the 4,325 there were in the middle of last year, when Rosales bought the company. Of that total, there are about 400 workers in Garbarino, another 150 in Compumundo, 250 in the Tierra del Fuego cell phone factory and 50 in the travel company.

Something similar happened with the branches, which had 246 stores on Garbarino and Compumundo streets, of which the last 80 closed this week and only 16 of them remained standing. Compumundo, a company that entered the bankruptcy of creditors last week.

Rosales bought the chain of electrical appliances in June of last year from the Garbarino family, which also includes Compumundo, Garbarino Viajes and the cell phone company in Tierra del Fuego. Then in January 2021, Rosales bought Radio Continental, with its two FMs (Los 40 and Urbana Play), to Grupo Prisa of Spain.

The businessman Rosales is also sports leader, as a Protorero of San Lorenzo; and owner of the insurance group Prof, a hotel in Misiones and the Schiaffino Bistró restaurant in Recoleta. Previously, he was director of Neighborhood Clubs for the Sports Secretariat of the province of Buenos Aires, during Daniel Scioli’s term as governor.

The vice president of Garbarino is Mariana Casares, former Undersecretary of Citizen Participation of the Ministry of Security in the management of Sergio Berni, under the government of Cristina Kirchner.

At the beginning of the management at Garbarino, Rosales improved the situation, since it canceled $ 324 million during the following months, lowering the accumulated debt pending payment to $ 1,916 million last March.

However, in April the payment chain was again complicated, as an effect of the economic crisis and restrictions due to the pandemic coronavirus, again increasing the debt with suppliers by $ 185 million.

In May and June the crisis in Garbarino deepened, since they had 927 bounced checks, for $ 1,637 million. This caused an increase in the total debt pending payment with suppliers, up to $ 3,739 million owed in June.

So that the $ 2,240 million that Garbarino had in accumulated debt with suppliers for rejected checks in mid-2020, doubled in little more than a year up to the $ 4.935 million that it owes today, according to data from the Central Bank.

Union sources assured Clarion that, in addition to the conflict over dismissals, the employees who remained in the company They are only collecting a part of the salary with Repro subsidies granted by the Government. But they have not received their salaries since last May and many have not been paid the fees of their voluntary retirement agreements either.