Dilemma of 6.2%: Inflation that drives sleep away from the heads of the world central banks 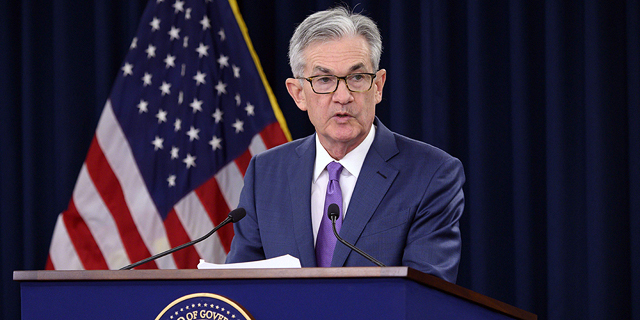 The central banks are trapped because as in 2008, they could “miss” and lead to the next big crisis. The corona crisis has led them to focus on macro stability and neglect price stability. To fix, they will have to raise interest rates but there they may hurt financial stability

Half a year ago, Prof. Carmen Rinehart, the World Bank’s chief economist, was interviewed by Calcalist and said that “inflation is on the rise, even in the long run.” Rinehart, who is considered one of the 10 best and most quoted economists in the world, supported the approach (was not popular) that the inflation we are witnessing in the post-Corona era is primarily structural and not temporary.

Rinehart was well aware of the explanations for the “disruption of supply chains” that had already plagued the global economy, the “traffic jams” at seaports where most of the international trade takes place, and the first sparks of energy shortages. But she insisted and hinted in an interview that this inflation is dangerous and serious.

In a conversation with Calcalist, Rinehart referred to the heated debate within the US between two very senior macroeconomists, with a high media profile: on the one hand Prof. Larry Summers, who was Bill Clinton’s finance minister and Harvard president, who thought inflation had erupted and it was no game. On the other hand, “Paul” Prof. Paul Krugman, who believed that inflation was temporary, that the foot should not be taken off the pedal, and that in a few more months should be “forgotten” from this inflationary episode. .

On the day of the interview (10.05.2021), the annual US inflation (April) was 2.6% – slightly above the 2% price stability target. In recent months, inflation has continued to climb and yesterday it reached a 31-year high of 6.2%, a rate not recorded since 1990 (monthly increase of 0.9% compared to the forecast of 0.6%). Core inflation stands at 4.6% – also more than double From the target. When looking at most of the items in the index – they all went up well over 2%. That is, the diagnosis of Governor G. Powell, Finance Minister Janet Yellen and US President Joe Biden was wrong. This application does not seem temporary and seems quite disturbing, some say, out of control.

The fact that the unemployment rate in the US has already fallen to 4.8%, levels similar to those before the Corona, when there are more vacancies from unemployed workers, only complicates the claim of Powell and his colleagues that macroeconomic stability (maintaining growth and employment) should prevail over price stability And financial stability.

“2022 will be a test year for banks”
This inflation takes place when the price of money is zero, interest rates are at an all-time low and real interest rates are zero. This, after a period when governments in the developed world helped with extremely generous programs for populations survive the corona crisis. The amount of cash there is huge. The world opened up, demand in it and quickly and met a great deal of cash. The expected and expected direction of action is clear: a retreat from the most expansive monetary policy ever seen in the world and began in 2008 with the Great Depression, led by rising interest rates. Equally important: those zero interest rates have caused a sharp jump in the prices of financial and real estate properties worldwide.

The dilemma that keeps sleep out of the eyes of central bank governors is not simple, explains Prof. Leo Leiderman, Chief Economic Adviser of Bank Hapoalim: “2022 will be a testing time, a test period for central banks in the world and in Israel. It is no secret that the credibility of the world’s leading central banks has recently been undermined. Property prices, reflected in rising stock prices, bonds, and real estate. In addition, maintaining negative real interest rates supported a spike in debt worldwide and of all kinds. Total government, corporate and household debt relative to GDP is at a global historical high. “.

Leiderman describes the dangerous trap that central banks have fallen into: “Given the large debt balances, and since a significant proportion of them are at variable interest rates, the process of raising interest rates (” normalizing interest rates “) will have to be careful and gradual, in order to avoid a crisis. “Inflationary pressures will increase, so will there be pressure to take restraining measures soon. These are not simple dilemmas.”

Personal attack against the governors
In recent days, criticism of the governors has risen a notch – in line with the rise in the consumer price index. This past weekend, it was Prof. Joseph Stieglitz, Nobel laureate in economics, who called on Powell in a public article “to go.” Earlier, Prof. Nariana Kocherlakuta, one of the most prominent US economists and a member of the Fed’s Monetary Committee (was the governor of the Bank of Minneapolis), wrote that Powell did not raise interest rates because he was driven by self-interest – extending his term for another five years. – and causes the “politicization” of the central bank, a body that is supposed to be independent and without politics. This means that Powell is trying to “support” the government policy that pursues the most generous fiscal policy ever through grandiose programs that cause government deficits and huge public debt).

Christine Legard, chair of the European Central Bank (ECB), has also been hit hard by a rather predictable target – the German “Bild”, after Germany showed a hypersensitivity to inflation. The Bild posted a huge picture of Laguard under the headline “Madame Inflation” and highlighted its weakness for designer clothes and the good life, noting the erosion of Europeans’ disposable income and pensions (following inflation already crossing 4% and zero interest rates in the eurozone).