Sarasear on the edge of the abyss, something that happened in the crash of 30 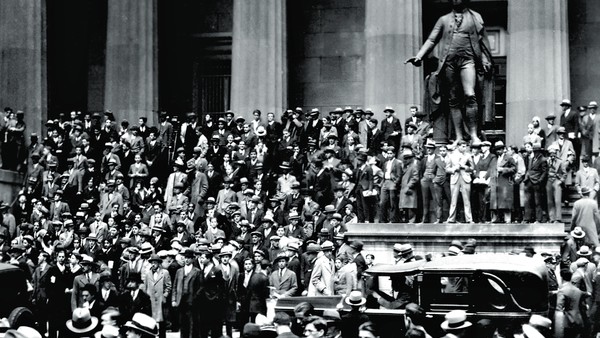 Six weeks after the worst financial crisis of capitalism, The president of United States, Herbert Hoover, declared that the economy “had returned to normal.” It happened in mid-December 1929.

– Three months later, Hoover himself predicted that the negative effects of the recession would be reversed in “The next sixty days”.

– A week later he announced: “We had the worst.”

Phrases like “we had the worst” or “the economy returned to normal” resound like a buzzing in the ears of Argentines. In April 2019, former Minister of Economy Nicolás Dujovne said “The worst is over”. And last week, the current minister, Martín Guzmán, in an interview in the newspaper Perfil said that the economy is already growing and employment too. Between 2018 and 2021, the salary of Argentines fell to the lowest level in 20 years.

But let’s get back to Hoover. Because somehow the American president said what he said because he had been caught in a much more common dilemma than economists (and political leaders) believe: everything that is said in the middle of a crisis affects the outcome of policies: ergo, they have no choice but to make optimistic statementsSo his words should not be taken as serious predictions of what may actually happen.

Sustaining the story of a growing economy became increasingly difficult for Hoover. There were times when US activity had shown signs of stabilizing. After the Dow Jones fell 40% in eight weeks at the end of 1929, in the first months of 1930 there was a recovery in consumption and production. The Stock Market gained 20% and the Harvard Economics Society, one of the institutions that a year earlier had foreseen the crisis, now argued that … the worst was over.

“Gentlemen, you were six weeks late. The depression ended “Hoover told a delegation of workers in June 1930 who applied for public works jobs. But that same month the economy began to contract again and now it would be for the worse. The US and the world ended in a global recession.

For his part, the Secretary of the Treasury, Andrew Mellon, said that speculators who had lost their money on the stock market “deserved it”, that they had to pay for their irresponsible behavior and that the US economy was not rebounding but recovering. For Mellon, a process was looming that would consist of the liquidation of wages, rents and any other price of the economy to purge the economic system of its inconsistencies. He was doing a kind of biblical allegory: The good guys would survive and the bad guys would burn at the stake. Mellon took advantage of the asset liquidation to the letter: the Secretary of the Treasury bought $ 7 million of paintings by the Russian tsars out of his pocket that the Bolshevik government put up for sale desperate for money. They were in the Hermitage, in Saint Petersburg.

Now, how can those responsible for managing the economy and driving such sensitive variables make statements in the midst of crises that are not in line with the moment?

Communication and economics have a point of contact in what is called game theory and is known as cheap talk. Cheap talk is that communication that does not alter the benefit that people, businessmen, consumers, etc. receive. The information has no emission or reception cost, it is not verifiable.

“I can also sarase until I am”Martín Guzmán once said in Congress, thinking that the microphone was closed.

“The cheap talk it’s sarasa “says Mario Riorda, director of the master’s degree in Political Communication at the Austral University. “They are expressions that yes or yes the official must make because of his position and context he faces.”

Riorda explains that the term cheap talk was born applied to the language of the Federal Reserve and its statements. The need to say, transmit a signal to the markets without saying anything. “Another vulgar example is when it is forbidden for a politician to say something during an electoral ban. But we see him talking when he comes out of voting and taking a picture. All that is sarasa and cheap talk”. But sarasa could also be an indicator of something else: that a crisis is coming. And it can be a flower of crisis.