After spending US $ 2.6 billion, the Central Bank changes strategy and stops intervention 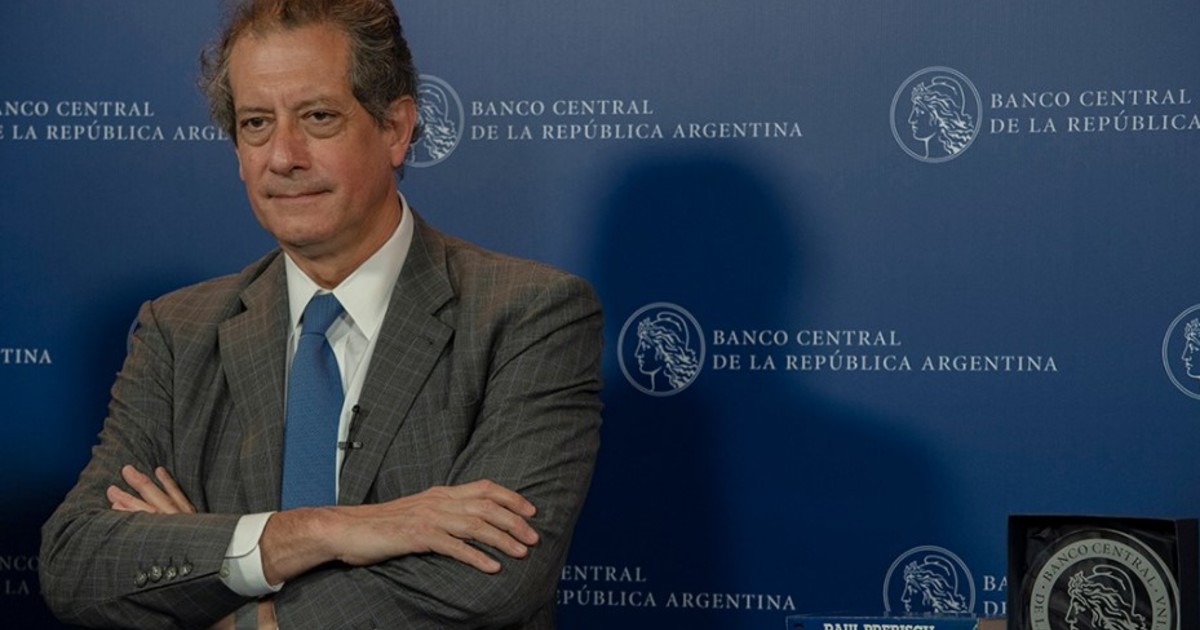 There was two scenarios assumptions by the market for the day after the elections: that the Central Bank continues to intervene in the official exchange market or that he did not continue sacrificing his reserves and validate an increase in the price of the dollar.

The latter happened this Monday but not in the wholesale market, where the agency kept your intervention strategy intact, but in the financial segment, where loosened his interventions and let the price of the MEP dollar and the cash one run with liquidation.

The body chaired by Miguel Pesce already spent more than US $ 2.6 billion from its reserves to keep financial exchange rates “at bay”.

The strategy seems not having worked: Until Monday, the gap between these dollars with the official exceeded 100%. And the trickle of reserves represented a Red alert for the future: with maturities ahead, liquid reserves could turn negative during the summer.

So in the last 24 hours, the monetary authority, in conjunction with the CNV, seems to have opted for another strategy. On the one hand, did not go out to sell AL30 bonds to lower the prices of “regulated” financial quotes and on the other, added another layer to the stocks by putting a new cap on operations with these bonuses.

“From the PASO to the elections of November 14, the economic team ‘failed’ and did not manage to keep the dollar stable, as they had promised the President. The biggest stocks, the lack of progress with the IMF and the political crisis reached for that the dollar is back in the day to day. And the expectations of devaluation increased“, detailed Fernando Marull, of FMyA.

“The idea is that the stocks are an adjustment by quantity to the exchange market, while the devaluation produces this adjustment by price. Even with stocks, the Central Bank intervened all this year in dollars in the Stock Market, but it did little to bring the gap down “, said Martín Polo, from Cohen, who added:”The gap widens as mistrust grows and a roadmap to solve the macro problems is missing. ”

The MEP shootout this Tuesday, which reached $ 200 after noon, puts the unknown in the market as to whether the BCRA is going to go out to buy bonds again. But, as things stand, it marks a change of direction in the official strategy. “The Central went out to buy bonds and spent the same dollars that it bought in the MULC. Now, without foreign exchange in the official, continue to support the price of the financiers it seemed like a pointless strategy“explained an operator.

While the Government tries to adjust the gap with the wholesaler without validating, at least for now, a jump in the exchange rate, forward the market’s gaze is on if the new economic program is effectively translated into concrete facts.

“The key point is that it achieves certain anchoring devaluation expectations and there it is probable that the free alternative dollars (without intervention) will decompress the gap “, indicated Amilcar Collante, from Cesur.

The economist stated: “For that to happen and the BCRA does not have to use the reserves to control the exchange gap, an interest rate hike is necessary, which is expected within the framework of an agreement with the IMF. More in a context of high inflation if you want to stabilize the price of alternative dollars. ”