Paolo Rocca,: “We must revalue the role of the private sector” 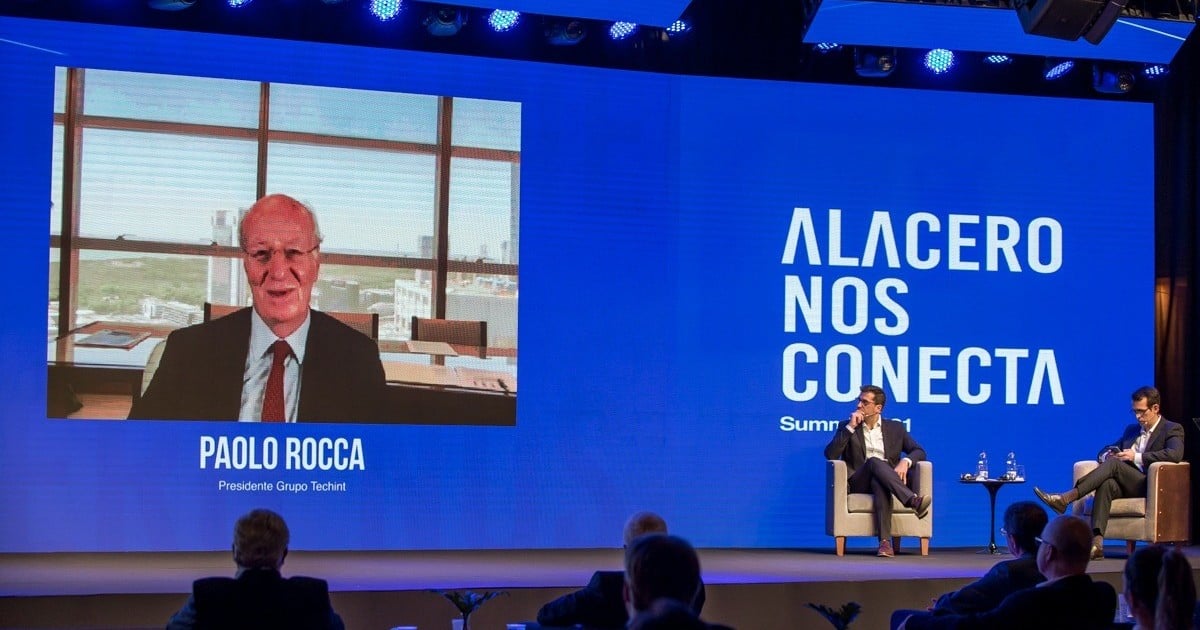 The holder of the Techint Group, Paolo Rocca, stated that the Latin American region is facing “a “extraordinary opportunity” so that their companies, both large and SMEs, can take advantage to integrate into the large industrial value chains, due to the logistics crisis and of provision of semiconductors that all the big companies are going through in the world.

However, the businessman pointed out that the main obstacle is the role of governments in the region, which led to a systematic decline in industrial activity, especially within South America. “If we buy the years ’90 with 2015 or 2020, what we see is that the process has moved in another direction. Brazil had more than 60% of exports of industrial origin and today are 40% of its exports, a level very low. The same has happened in the Argentina, but it has not happened in Mexico, which has built very strongly in the (global) value chain, “he said.

Rocca was the keynote speaker on the closing day of the meeting Alero, a meeting that brings together all the steel companies in Latin America and that was held in a hybrid format, with some speakers in person in São Paulo (Brazil) and others in virtual form, Rocca among the latter. The interview was moderated by Gustavo Werkeck, CEO of the Gerdau steel mill, and for Alejandro Wagner, executive director of ALACERO.

The head of Techint added: “What is the way? They are the companies, the private sector. The role of the private sector in Latin America must be revalued. We cannot continue with countries where the role of the state is increased, to also support part of the population that has a poor, informal or jobless job, which conditions the decisions, the tax level and everything. ”

Rocca, who heads a business group that is a world leader in the manufacture of steel tubes for the oil industry, controls steel mills around the world and is also strong in construction and oil, said that “you have to return, and return, to a role of private enterprise. It is the private company that builds value chains. They are gentlemen who are going to speak with Toyota, with General Motors, with companies, and propose the possibility of manufacturing, of transforming some of these chains, integrated within Latin America. ”

In that sense, he described what kind of business opportunities they are open to companies in the region today. “A more solid, less fragile chain can be built, with lower logistics costs, with less environmental impact. Today we can propose to the companies the supply of steel with a substantially lower carbon content to what China proposes, for example, other Asian countries, Japan or Europe. “And he insisted:” We must take advantage of this, but it is the private company that does it. We must work with governments to create the conditions so that the private company can act“.

He also associated this claim of greater prominence from the private sector, with the possibility of improving the level of employment. “There is a pessimism that comes from evolution, not from the last five years, but from the last 30 years, and you have to break this paradigm. If we don’t have confidence in the private sector, neither will we be able to attract people, talent and strength to be able to build our innovation project with small and medium-sized enterprises.

And he warned that this situation could become untenable over time. “If we fail to change this picture in the next ten years, the countries of Latin America they will be ungovernable. Definitely, lack of productivity, lack of education and primarization of the economy they do not allow governance, social, educational and economic progress. On the contrary. Our condition to be able to participate regionally in value chains is to be able to increase the educational level, productivity and transfer all of this into better income in our societies. If we do not succeed, the complexity of the consensus in Latin America will be greater than we have today. ”