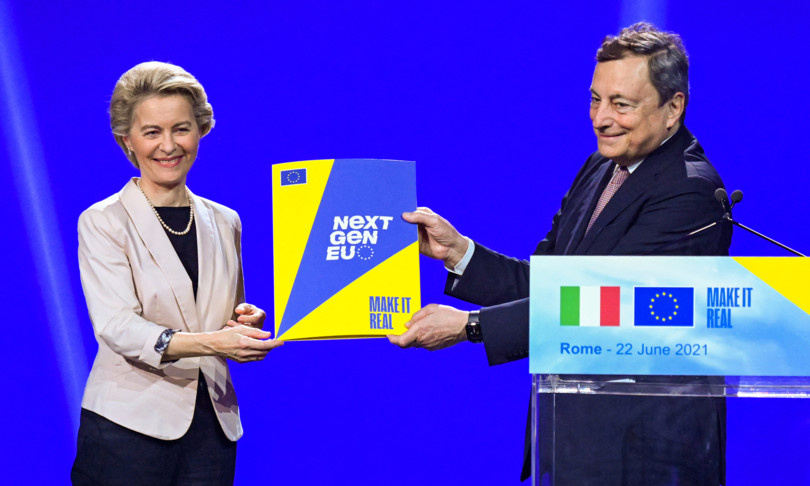 AGI – The EU gives the green light to the Italian Pnrr to access the Recovery Fund. After 16 months of pandemic, death and recession, the 27 EU countries decide to create a fund and spend it to restart Europe. Italy will have 191.5 billion euros, of which 69 billion non-repayable. According to the EU Commission, the plan will favor an increase in GDP between 1.5% in 2021 and 2.5% in 2026.

Mario Draghi is aware that we are facing an epochal event reminiscent of the post-war Marshall Plan. The premier, in a press conference with Ursula Von der Leyen in the Cinecittà studios, is optimistic: “The location chosen for this ceremony is very symbolic.

Here in the post-war years our cinema told the life of Italian families, first the hardships, then the work and finally the enthusiasm. Today we are celebrating here with the approval of the PNRR what I hope is the dawn of Italy’s recovery. “For Von der Leyen” “This is a once in a lifetime opportunity”.

After the pandemic, Italy will pass from ‘Rome City open and’ Thieves of bicycles to ‘Vacanze romanè and’ La dolce vità? Or will we find ourselves seeing glimpses of Italy like those described by Pasolini in ‘Accattonè?

Draghi points out that iThe NRP will be accompanied by reforms: in days that of justice will arrive in the Council of Ministers. “Within the month of June we will present a draft law for the reform of procurement and concessions. In July there will be the reform of competition. These are the first blocks of reforms. The idea is to proceed at maximum speed”.

The premier faces an unprecedented stumbling block: the Vatican believes that the Zan bill on homophobia could violate the Concordat. This is an intervention by the Holy See while the parliamentary procedure for a provision is underway.

The issue is very delicate, given the excellent relations between Draghi and Pope Francis. But how wide is the Tiber? Draghi takes his time: “Tomorrow I am in Parliament all day, I expect them to ask me and I will answer in a much more structured way than today. It is an important question”.

The premier makes a commitment to Europe: “The funds will all be spent, well and honestly. We have put together an ambitious reform plan, an investment plan, which aims to make Italy a fairer, more competitive country and sustainable in its growth. We have a responsibility towards the rest of the European countries, towards European citizens who pay taxes. We have a responsibility not only towards ourselves but also towards the citizens of Europe “.

Von der Leyen and the EU believe in Draghi: “Today is the beginning of the implementation of the plan which will require hard work. I will be by your side, the Commission will be by your side, in every step of this ambitious road towards The Commission will be vigilant and ensure that the full potential of Next Generation Eu arrives. Your success is ours, the Italian success is the European success. Because a strong Italy makes Europe stronger “. Von der Leyen at Cinecittà concludes:” it is a special moment for Italy. it is a special moment for the EU “.