Rivian is already worth more than Volskwagen in a few days 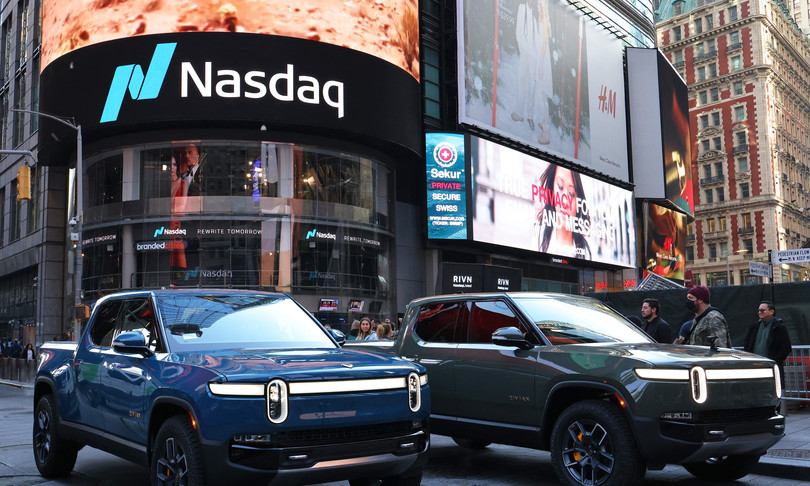 Before it landed on Wall Street on November 11, few had heard of Rivian. It is a company that produces electric cars, was founded in 2009, and boasts major shareholders such as Amazon (20% and 13 billion invested) and Ford (13% and 500 million invested).

From the day of its debut it has broken record after record, reaching a value of 130 billion dollars. More than Ford (76 billion) that invested in it, more than General Motor (90 billion) more than Volkswagen (129 billion). It is currently the third-largest carmaker by value in the world, behind Toyota and Tesla. However, Rivian has currently produced 180 cars and delivered 156 (data on the manufacturer’s website).

The company closest to its market value, Volkswagen, produced 9 million in 2020. Not only that. Rivian is at a loss of about two billion and has revenues close to zero. Volkswagen has revenues in 2020 of 229.4 billion and a profit of 10.6 billion.

Because a promise is worth more than a consolidated reality

It may seem paradoxical that a company that produces a few hundred cars may be worth more than those who sell millions and earn infinitely more. But it is a trend that has emerged a few years ago and that in the last one has definitely consolidated.

The market capitalization of these companies it is given by the amount of investments they are able to raise. Rivian has collected a lot of them since its listing. Investors, or those who are willing to pour money into the company’s coffers to buy a part, are betting on the fact that Rivian will become a leading reality in the production of electric cars, like the most famous (at the moment) Tesla.

Not only. Many investors believe that big auto makers, such as VW, Daimler or Ford, will have much more trouble than they anticipate. reconvert the production of combustion engines in the less polluting electric motors. While startups like Rivian (or the Chinese Nio, or Lucid) can start from scratch and become with the agility of start-ups what Tesla has already shown that it can be done.

In 2021 it will probably reach one million cars produced (last year they were half), in the last year its stock on the stock exchange has grown by 115% and it is the car manufacturer with the highest market capitalization in the world: it is worth a thousand billions of dollars, four times as much as the second in the standings: Toyota.

Imagine the future, at the risk of a bubble

In short, on Wall Street we try in some way to predict the future. To read trends and anticipate consumer preferences. AND the future seems to be in clean engines right now, in renewable energy and electric mobility. Today there are still very few electric cars around, in 5, 10 years it will probably not be like this. Who will make those cars that will replace the old combustion engines?

The bet of the investors is that a good part will come from these start-ups (on average they were born in 2014). And this leads these companies to mind-boggling valuations, despite not having the fundamentals. The scheme does not necessarily work: Tesla, according to the admission of its founder Elon Musk, has been on the verge of bankruptcy several times. AND several investors these days say they want to stay away from this type of company because it could be a giant bubble.

The bubble’s growth rate is there. It remains to be seen whether the surface is so delicate that it explodes at the first jolt.