Have a fixed dollar to go play golf 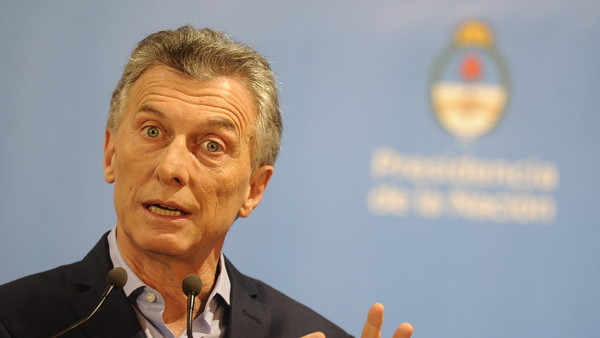 “And what do the IMF say to do with the dollar? That they put it in writing and take charge “Mauricio Macri told his economists in the middle of the 2018 exchange rate run when the exchange rate was at $ 40. “No wonder Menem had time to play golf.”

Macri’s phrase had a hint of longing. His predecessor had stabilized the economy with a regime of fixed exchange rate. By law 1 peso was worth a dollar. Macri, on the other hand, had opted for a system in which the price of the currency was adjusted by the supply and demand of the market (exchange rate floating).

During that period, Argentina changed two Central Bank presidents, a minister of the economy, and put the IMF economists in the engine room of local macroeconomics. The agency’s technicians had to see with their own eyes on the screens of the Central Bank table how the price of the dollar fluctuated hour by hour in Argentina. A paper-worthy natural experiment, one day.

– At $ 25 it is not a level to intervene, we see at $ 28 –Christine Lagarde said one afternoon to Macri, Nicolás Dujovne, Luis Caputo and Federico Sturzenegger. It was on a group call in Olivos.

By then Macri was wary of the dollar hands-off strategy, a policy that Sturzenegger had supported, but which he himself had raised as his flag in the 2015 campaign. Now the dollar had turned into a nightmare.

-You are the only one who can grab, Toto. Go instead of Federico-Macri told Caputo one night.

The President and the Chief of Staff were hopeful that the experience of Toto in the markets (former trader of JP Morgan and Deutsche Bank), would be effective.

“Mauricio, with the appointment of Toto you bought the magic thought”, said other more critics. A name change would not do what fiscal policy had not: an adjustment of public accounts to moderate expectations.

The IMF gets into a country. Lagarde asked Caputo for a sign of commitment to what Argentina had signed: for example, that it kept the exchange rate floating. “From minute one this government struggled for a floating dollar”said the bank president to Clarion and La Nación. “The Central’s participation in the market is subject to some anomaly or volatility.”

But if Macri’s distrust of the free dollar had permeated, Caputo’s too. “So we don’t get to September”he told Macri.

Economic driving then entered a dynamic with forking trails. On the one hand, a wing of the economic team tried to carry out patches, changes and questions to the IMF in the formal channels of the organization. He discussed with the staff, the executive director and sought to obtain authorization from the Board of Directors. On the other hand, there was another group that played strap. He bypassed the springs of the Fund bureaucracy and contacted the Federal Reserve (Jerome Powell). In the first was Nicolas Dujovne. In the second Luis Caputo. Macri, eager to see which of the two could get the fastest result, played two-pronged until the IMF allowed him to. Cornered by the crisis and the body (which had approved a record $ 57 billion package), he had to go through the formal and bureaucratic steps of the IMF.

“Despite the evidence, Macri resisted the idea of ​​restoring exchange controls”, say Marina Dal Poggetto, director of the economic consultancy Eco Go, and Daniel Kerner, director of the political risk consultancy Eurasia Group, in their recent book Lost time, a punctilious and fascinating account of the economy and politics in the period 2015-2021. “The elimination of the stocks and the total liberalization of the capital account […] they had been the flagship brand of his management and he was not willing to give it up ”.

Fifty years ago Richard Nixon he asked Paul Volcker what he thought about floating the dollar (out of Bretton Woods). The economist told him: “President. These ideas of the floating exchange rate are much debated in the academic circles these days and that is where they must remain “. Nixon ignored him and let the exchange rate float.

“I tend to think that Argentina I was not ready to float”, concluded Macri in his book First time.