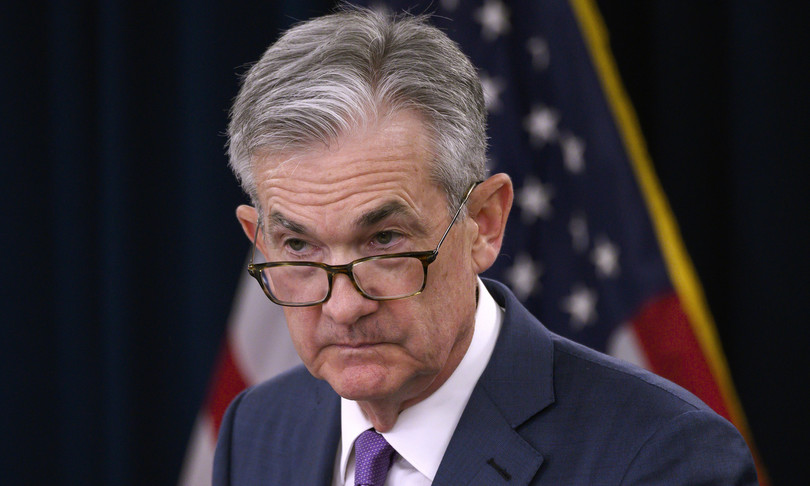 ` – The president of the Federal Reserve, Jerome Powell, reaffirmed in a hearing before the Joint Economic Committee of the Congress, the intention of the United States central bank to encourage a “broad and inclusive” recovery of the labor market and not to increase interest rates too quickly based on fear of rising inflation alone.

“We will not raise rates in advance because we fear a possible rise in inflation– We will wait for evidence of actual inflation or other imbalances, “Powell said, reiterating that this is a” temporary increase. “Recent price hikes” are not about a tense economy as a whole. This would require higher interest rates – explained the head of the Fed – but they come from categories directly affected by the reopening “of the economy.

“5% inflation is not acceptable,” he pointed out. And he explained: “Much of the inflation comes from the sectors most affected” by the Covid pandemic, and reiterated that this is a “temporary” increase that will vanish over time. I am confident – he said urged by questions – that it is a transitory inflation “. But at the same time he admitted:”It’s hard to say when this pandemic.related increase will cool down“.

“A rather substantial part, or perhaps all of the inflation overrun, comes from categories that are directly affected by the reopening of the economy such as used cars and trucks,” he said again, answering a question.

Powell then acknowledged the uncertainty surrounding this view: “I will say that these effects were greater than we expected and they may turn out to be more persistent than we expected“, he stressed.

In setting forthcoming monetary policy, the Fed chief also said the central bank will keep its eyes on a broad set of labor market statistics.

“We will not only examine unemployment numbers – assured Powell to the House Commission on the response to Covid – we will examine all types of measures. This is the most important thing we can do” to ensure that “the benefits of the recovery are shared in the way more complete, “he said.

Lawmakers insisted with Powell on how the Fed is balancing rising inflation risks with its promise to ensure the economy recovers all the jobs it lost after the pandemic began. “We have unstable employment and higher inflation“Rep. Jim Jordan, an Ohio Republican, said referring to the Fed’s congressional.imposed goals of ensuring maximum employment and stable prices.

“Something must be given”, he repeated. Indeed, until recently there was little conflict over those goals. But since Powell last appeared before the Commission in September, the outlook for central bank inflation has doubled. Projections released by the Fed last week showed that prices in 2021 are expected to rise at a rate of 3.4%, compared to 1.7% expected since last September.

Recent employment growth, meanwhile, has been slower than hoped, with some Powell colleagues now openly suggesting that the pandemic has prompted so many people to retire that it may be unrealistic to think the economy will return. to the pre.crisis level of employment before the Fed tightens monetary policy.

And that’s a far cry from Powell’s goal of returning the economy to early 2020 conditions, and from that of influential Democratic committee chairman James Clyburn, South Carolina’s representative, who today pushed Powell to secure an equitable recovery of jobs that included members of the Black and Hispanic communities. “There is a lot of work to be done,” Clyburn pressed, who has close ties to President Joe Biden.

The economic landscape has changed dramatically since Powell’s last testimony, and Fed officials gave their answer at last week’s monetary policy meeting. FOMC members predicted they could raise interest rates as early as 2023, a year ahead of schedule, and Powell told a news conference that the central bank is starting to talk about when to cut its $ 120 billion in purchases. of government bonds and bonds used to support the recovery.

Powell told reporters that the economy “is still a long way off” from the progress in rehiring that the Fed said it wanted to see before making changes to its monetary policy. a signal that the timing of an actual change remains in the air– But the shift in tone and the projections surprised markets, which are now watching closely the Fed’s moves to deliver on employment promises.