Will Argentina win if it signs with the IMF a year later? 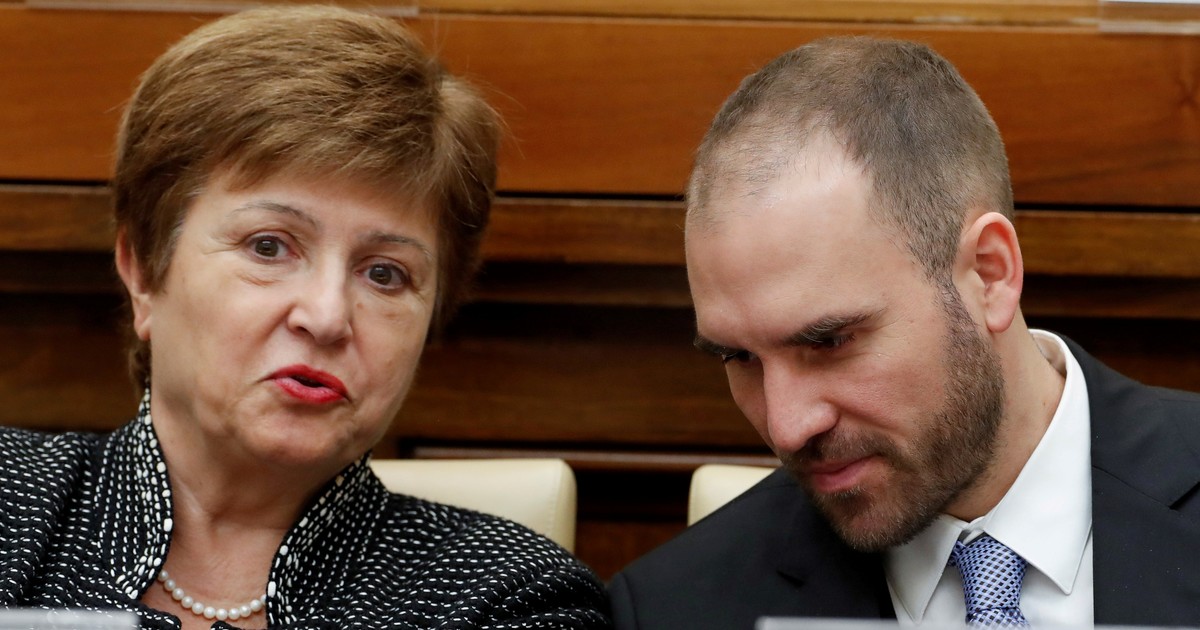 Exactly one year ago Minister Martín Guzmán spoke with the IMF to sign an Extended Facilities Agreement. Twelve months later, he continues to do what same.

The government promises this time that the negotiation will end before the end of the year. For the market it will be ready a few months later. They agree that it will be before March, deadline so as not to enter into default with the Paris Club and incidentally extend the payment of a maturity that falls that month (US $ 2,900 million).

In La Cámpora they criticize the minister for being late. They say that Guzmán waited to gain credibility with the IMF by showing that he was capable of carrying out what the staff asked for: more fiscal adjustment. And boy did he: the public accounts deficit will go from 6.5% of GDP in 2020 to a zone of between 3% and 3.5% this year according to different private estimates.

“The credibility that Guzmán achieved in the market by adjusting this year is worth little”says a member of the political wing of the Government and La Cámpora. “He did not gain anything by waiting and it is not bad that he now pays an internal cost”, says in reference to that neither Cristina nor Máximo came out so far to publicly endorse nor the announcement of Alberto Fernández (He said last Sunday that he would send a project to Congress in December to negotiate with the IMF, a multi-year program), nor the statements of Martin Guzman (He said that the vice president endorses the negotiation with Washington).

“It was a missed opportunity. There was pride, believing that it was not necessary to close with the IMF” (Andrés Borenstein).

For their part, those who defend the minister argue that Cristina Kirchner and La Cámpora did not want to sign with the Fund before. They give as an example different moments in which Kirchnerism criticized the need to correct rates and go to the Fund, such as the end of 2020 act in La Plata, the vice president’s speech in March while Guzmán was meeting with Kristalina Georgieva in the United States or the initiatives ofe Oscar Parrilli and Fernanda Vallejos in Congress to avoid paying capital maturities with the SDR issued by the agency, among others.

They also recall that Guzmán had decided to put aside Federico Basualdo, undersecretary of Electric Power, because he refused to support the minister in correcting the rates and La Cámpora stopped Guzmán’s move.

Guzmán had arranged with the private bondholders in August 2020.

Then he went on to say that now it was the turn to restructure the debt with the IMF (US $ 43,294 million according to the calculations of the Economy).

“A year ago with the pandemic, the IMF was more flexible. Time has been lost” (Gabriel Rubinstein).

In October 2020, when the blue dollar reached $ 195 and the gap was almost 130%, the Government announced that Argentina would request an Extended Facilities agreement to refinance that amount. The plan grants 4 years of grace and up to 10 to repay. In between you have to commit to doing structural reforms.

The conditions of the loan are not subject to discussion, an idyllic claim of the Argentine government that it tried to install on the local agenda and in the IMF.

Three economists consulted by Clarion they agreed that it was not.

“A year ago with the pandemic the IMF was more flexible”, says Gabriel Rubinstein regarding the fact that the world is no longer so afraid of Covid and the Fund will no longer be so flexible with aid.

A similar argument had been made by former Deputy Minister of Economy Emmanuel Alvarez Agis to Clarín last June.

“The further we move away from the post-Covid recovery, the more likely the IMF will say ‘well, the Covid passed and we must adjust and devalue'”. Alvarez Agis today reaffirms the point he made at that time.

“There was Lost opportunity for the arrogance of thinking ‘let’s pass the elections without making adjustments and without the IMF’ “, dice Andrés Borenstein. “Due to the rhetoric of this government it is difficult for them to generate credibility and then that credibility should come from the hand of an economic program signed by the IMF. This can help ”.

“I would have had better access to local and external financing Guzmán this year with an agreement with the IMF, it was an opportunity to reinforce the credibility of Argentina “, says Gabriel Caamaño, from Consultora Ledesma. “Now we will only seek to kick the payments forward but that does not solve the problem because time passes and if the imbalances are not corrected, the debt in the future will be as unsustainable as before.”

A year ago the country risk was 1,350 points (on Friday it closed at 1,744) and Julie Kozack, Luis Cubeddu and Trevor Alleyne left Buenos Aires, the IMF mission.