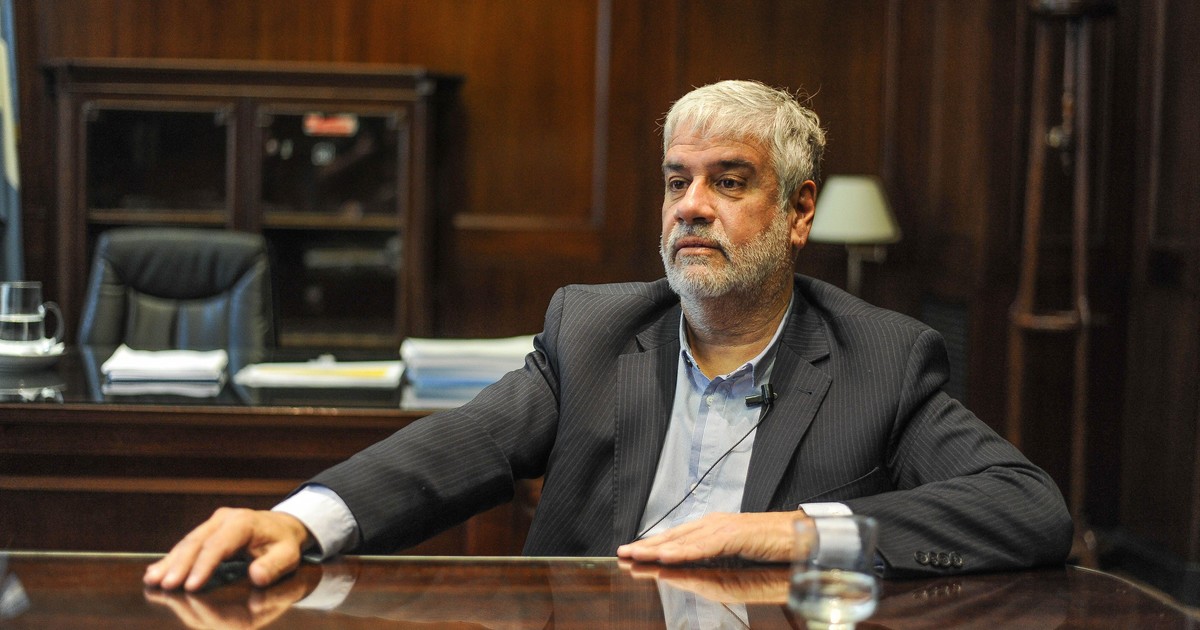 The Secretary of Domestic Trade, Roberto Feletti, did not rule out the possibility of implementing a rise in withholdings on the export of meat and other foods.

“If we want to ensure meat, chicken, bread and milk, we have to decoupling domestic prices from international ones”, Said the official in an interview with Página 12.

The national official’s statements come after a week in which the farm prices increased 25%, a cost that will be expressed in the sale to the public and that will impact consumption.

When asked about what mechanisms are evaluated to “unlink” prices, the official replied: “Two: the most traditional of increase export duties and an alternative of create cross subsidy trusts, as happens in the mixed oil market ”.

“Comparing 2015 with 2021, today withholdings have less weight compared to products with higher international prices and, therefore, less regulation of export quota. The other mechanism is a cross-subsidy trust, an agreement between private parties whereby part of the export income goes to subsidize the price of those who sell in the domestic market”, Aggregó Above.

Meeting between Julián Domínguez, Martín Guzmán, Matías Kulfas and Roberto Feletti for the rise in prices.

After the meeting, the Government ordered a price freeze just for the long weekend and the large supermarket chains promised to keep the price of all cuts fixed.

What will happen from tuesday

During the report published this Sunday, Feletti gave the oil situation as an example. “Today the model is that of mixed oil and it is successful in terms of prices and for the producer, because the subsidy to maintain the domestic market price is only 1.9%, much less than traditional withholdings,” he said. .

At the same time, he added that the collection of this sector is expressed directly in the price to the consumer. “They are not antagonistic proposals, although the better that trust works, the less will be the need to increase the level of withholdings. By either way it is essential to intervene because if we are not going to have an impact in the price of food higher than now with a transfer also to shelf products that use wheat as an input, such as noodles, “he added.

The Secretary of Commerce announced that they will summon all the actors of the meat chain. And he warned that any increase in the price of butchers will be “Retrotraído”.

“I don’t know what will happen on Tuesday, because probably supermarkets and butchers will have to replace merchandise after the long weekend, but any excessive movement that occurs will be rolled back, “said the official.

And he added: “To stop the issue, we must work in coordination with Agriculture, which has dialogue with producers to focus on increasing the offer. From the Internal Trade side, we must ensure that this offer reaches better prices to the final consumer and does not lose in the intermediation margins. For that we are going to summon this week exporting cold stores, international markets and butchers to propose these measures that we think of untying prices “.

Finally, Feletti referred to alleged “maneuvers” behind the rise in the price of the farm.

“There is an objective response that has to do with a drop in supply. The producers say that it is a way out due to the pressures that existed due to the freeze, but the reality is that the export levels over production remained at 28% throughout 2021 and the exporting refrigerators did their business. There are many speculative maneuvers in the increase of the steer this week, and the lower supply of reces does not justify the increase of 26 percent so far this month “, he concluded.