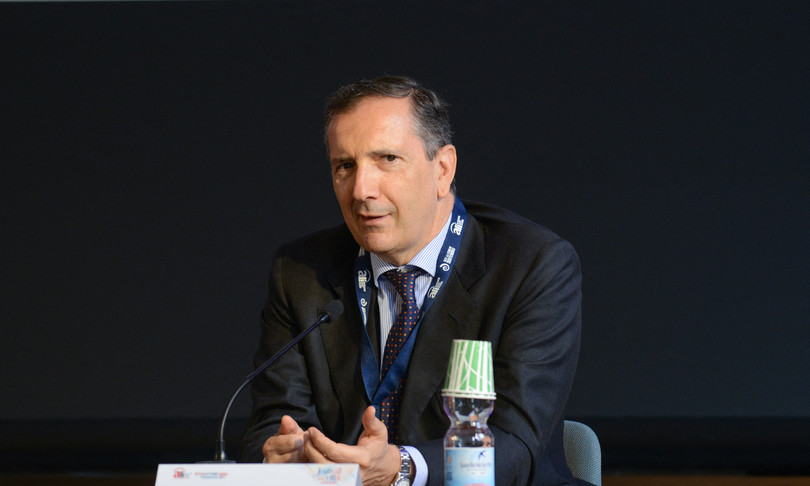 The US fund Kkr presented a expression of interest for 100% of Tim’s ordinary and savings shares, an offer intended for the delisting of the company.

The minimum threshold established by the US fund to complete its proposal at the moment “Non-binding and indicative”, is to achieve membership of at least 51% of the capital.

The offer, conditional on a 4-week due diligence, was evaluated by Tim’s board of directors during an extraordinary meeting which lasted approximately 4 hours.

On the board, Kkr qualified its intentions as “friendly” and subordinated “to the approval of the company’s directors and management support”, as well as “to approval of the relevant institutional subjects “, given that the country’s main telephone company is subject to the special powers of the ‘golden power‘.

In the morning, Vivendi, lately very critical of the strategies and results achieved by the current one managing director, Luigi Gubitosi, had reiterated that he was “a long-term investor” since his initial entry into the group and had confirmed “the desire to work alongside the Italian authorities and public institutions for long-term success”.

The French company had also “firmly denied having had discussions with any fund and, more specifically, with CVC”, to put forward an alternative plan to counteract that of Kkr. The same CVC, in tandem with the Advent fund, denied contacts with Vivendi, the largest shareholder of the telephone company with approximately 23.5%, but at the same time the two funds said they were “open to discussing with all the stakeholders to find a solution for system for strengthening Tim ”.

No comments and maximum confidentiality, however, from the Ministry of Economic Development, while Palazzo Chigi is following the story closely and, according to some rumors, with the possible entry into Tim of another foreign investor such as Kkr, it could exercise the ‘golden power’ to protect the network, the most strategic and valuable asset of the telephone company.

In this regard, the government would be ready to launch a sort of supercommittee of ministers and super-experts to examine this possibility: among the hypothesized names, there would be those of the Minister of Economy Daniele Franco, of the Minister of Economic Development, Giancarlo Giorgetti, the minister of Digital Innovation, Vittorio Colao, the undersecretary to the presidency of the Council, Francesco Gabrielli, and the economists and consultants of the government Francesco Giavazzi, Roberto Garofoli and Giuseppe Chine ‘.

KKR boasts over $ 400 billion administered, a ‘team’ of nearly 1,700 employees and consultants, and over 550 analysts capable of piloting and advising investments from a network spread across 20 cities in 16 different countries across 4 continents.

Kkr has made investments in over 160 companies ranging from the infrastructure sectors (one of the most popular by the fund) to energy, from real estate to credit; and in Italy it is already a shareholder with 37.5% of FiberCop (the company that has Tim’s secondary network in its belly, the one – to be clear – that connects road lockers to users’ homes).