Argentina: The field described as “very reckless” the intention of the Government to raise withholdings on meat and threatens measures 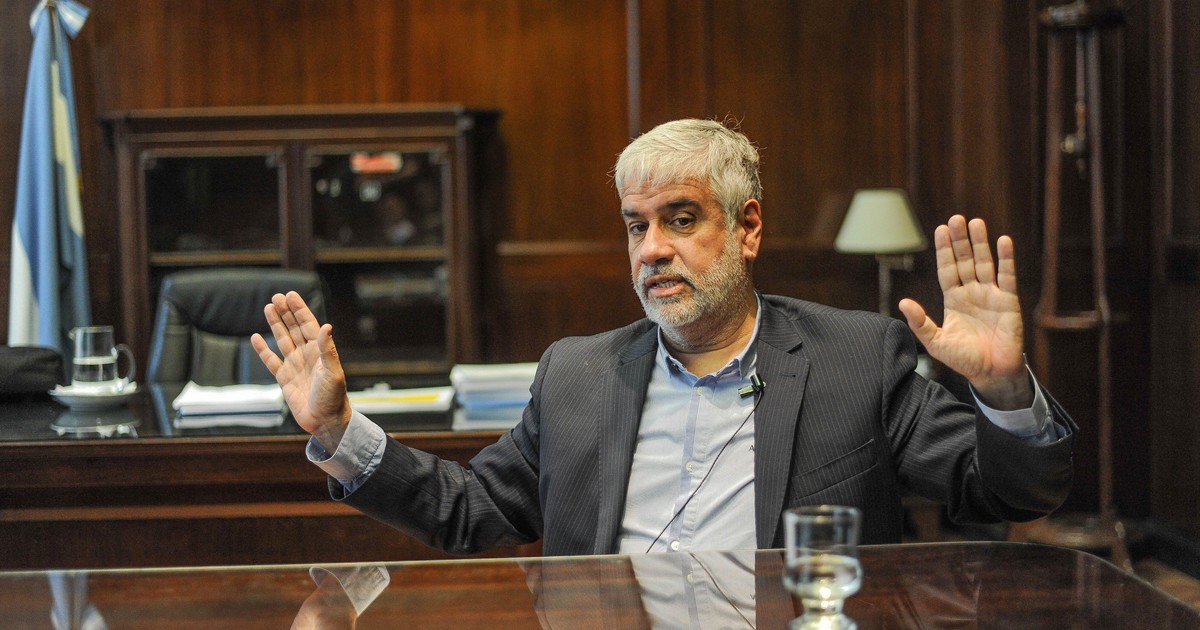 After the strong rise in the hacienda last week, which will impact meat values ​​these days, the Secretary of Internal Commerce, Roberto Feletti, did not rule out the possibility of implementing a rise in withholdings to the export of meat (today it is taxed 9%) and the leaders of the field crossed it.

“If we want to ensure meat, chicken, bread and milk, we have to decouple domestic prices from international ones,” the official said in an interview with Página 12 on Sunday.

When asked about what mechanisms are evaluated to “unlink” prices, the official replied: “Two: the most traditional of increase export duties and an alternative of creating cross-subsidized trusts, as happens in the mixed oil market ”.

“We hope it doesn’t happen because they have to let us work. More withholdings is less production. The Government has to take note of the last election, of how the productive provinces expressed themselves. Clearly the message was: this is not the way, “he said. Nicolas Pino, President of the Sociedad Rural Argentina.

This Monday, in an interview with Rivadavia radio, the rural leader said that they are in dialogue with the heads of the other entities to define the steps to follow. “No type of measure is ruled out, of mobilization, so that the producers express ourselves strongly, “he said.

“Interventionism in markets and food price controls are measures that damage the economy by limiting growth. They should not exist as a public policy tool,” he added. And he described as “very reckless” the declaration of the Secretary of Commerce.

“Feeling angry? Yes, there is anger for sure. We have received countless calls from producers who are really very angry. This is not good,” he said regarding the repercussion of Feletti’s interview on Sunday where he spoke of the possibility of implement more withholdings to the sector.

Gabriel of Raedemaeker, vice president of the Argentine Rural Confederations, was one of the first agricultural leaders to respond to the official. “Feletti’s views on the possibility of raising retentions or using any type of distortive intervention to ensure the provision of meat, bread and milk at the table of Argentines are truly regrettable,” he remarked.

In this sense, he specified that what is needed is to generate the mechanisms that promote production. “It is not necessary to restrict production, put a ceiling on it. But it is evident that in his capacity for analysis, interventionist of the economy, there is no possibility of this type.”

“Hopefully the government will not make the same mistakes with known consequences again. The food problem lies in the tax pressure and uncontrolled inflation, “criticized the ruralista.

Also from the Confederation of Rural Associations of Buenos Aires and La Pampa (Carbap) they rejected any type of intervention and asked that the actors be summoned before any measure is taken.

“What Feletti should take into account is that in an inflationary process, there is no product that does not increase,” he began by explaining Horacio Salaverri, president of Carbap. “The placement of retentions was never a solution to the increases in price values ​​nor did it have any decoupling,” he said.

Also, referring to the trust that they are analyzing to build with the proceeds of the withholdings to cushion domestic prices, he argued that meat is taxed 9% and collects 240 million dollars per year: “It is a totally considerable fund to be able to moderate prices without touching the withholdings again.”