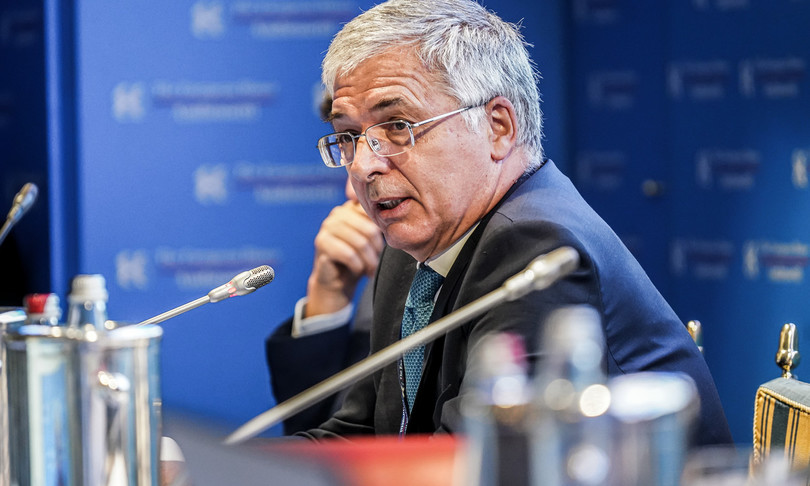 In Nadef “a growth of 6% was indicated but it is probable that the number with which we will close the year will be slightly higher. The growth acquired at the end of the third quarter is + 6.1% and it is probable that we will close the year. year with a figure of 2-3 tenths higher than that indicated in the Nadef “. This was stated by the Minister of Economy, Daniele Franco, during the hearing on the maneuver in the joint budget committees of the Chamber and Senate.

“Our immediate goal is to recover pre-crisis GDP in the first part of 2022, possibly within the first quarter of 2022, provided that on the side of the pandemic there are no strong worsening “, added Franco who assured:” The intonation of our fiscal policy will remain expansionary until GDP and employment recover not only the fall recorded last year but also the lack of growth compared to 2019 ”

The budget law provides for “tax relief on personal income tax and on IRAP and in these days we are meeting to define a proposal that will be discussed in parliament “. This was stated by the Minister of Economy, Daniele Franco, during the hearing on the maneuver in the budget committees of the House and Senate. , explained the minister, of 8 billion a year for 3 years: “it is important that these funds are used to support families and our competitiveness and that they are consistent with the principles of the delegated law”.

As for the Citizenship Income, the structure in the budget law “is not changed in its main lines because the impact on support for Italian families in difficulty is there and it is important “said Franco.” We have strengthened the controls for situations of abuse, therefore with respect to the requirements to be met “,

Finally the building: overall the interventions for the extension of building bonuses “have a burden for the next few years of 30 billion, of which 14 for the Superbonus at 110%. In 2021 the cash cost of these interventions is estimated at 11.5 billion “, announced the Minister of Economy.” We are discussing the 8 billion on the tax side, which are many, but – he observed – we take into account that taxpayers discharge over 11 billion of jobs done in the past years; then there are this year’s jobs that cost 25.5 billion over future years. With this law we add another 30 billion for the work that will be done in the future “.