Car delivery times are still a year away, but those struggling to buy a mobile phone can have a surprising help 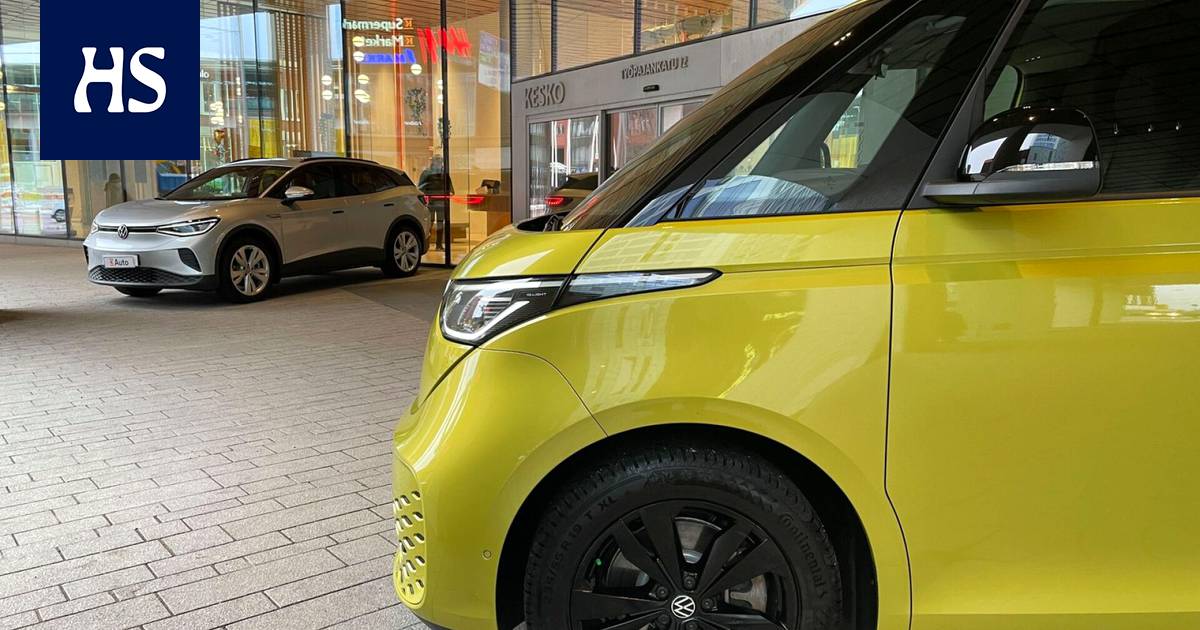 Electric cars have been left in limbo for special reasons, but the situation may ease already this spring. This is how K-Auto assesses it.

Electric cars the incredibly long delivery times will return to normal only after a year, K-Auto estimates. The company belongs to the trading group Kesko.

“We believe that the normal delivery times of three to five months will be in 2024,” says the branch manager of the car trade Matti Virtanen HS:lle.

HS has recently written several articles about how people have been waiting for their cars for ages.

“This is not a general problem, but a very specific brand and model issue. We have some models for immediate delivery.”

K-Auto sells, among others, Volkswagen and Audi. The company presented its outlook and future car models in Helsinki on Tuesday.

Virtanen believes that already during the first half of this year, the availability of new cars will improve “significantly”. According to him, the reason is a surprising turn: the demand for consumer electronics is decreasing.

So not buying a new cell phone can help the car factory?

“Through economic uncertainty and inflation, the general demand for electronic products outside the automotive industry has decreased. Now components are available for automotive suppliers,” Virtanen formulates.

Last In 2008, cars remained in the waiting limbo for strange reasons.

“For example, a reversing camera was ordered for the car, but they were not available.”

The tow hooks also became a crown of woe.

“They also have electronics, and the electronics for the hooks had run out of the market. Such small things. The whole rest of the car could be ready, but some little sparkle was missing.”

The ID.7 electric car will be on display at the CES fair in Las Vegas at the beginning of January. The car still has a kind of protective coloring, so that all the shapes would not shine to the competitors. Picture: STEVE MARCUS / Reuters

Chain from the presentation cavalcade of the car brands they represent, the Volkswagen ID.7 coming at the end of the year catches the eye.

Volkswagen has named its electric cars with ID letters. Seiskasarilainen is the brand’s long electric sedan. It is promised a driving distance of up to 700 kilometers in paradise conditions. A point of comparison can be found in the Passat, a family car familiar to Finns.

The chain, on the other hand, was silent about Seat, which represents the friendlier end of the group’s price tag. All eyes are on Cupra, a “sacrifice car brand” separated from Seat, whose name will introduce a bunch of streamlined cars in the next few years.

Looking at the above, the question arises: where do small and cheap electric cars stay for shopping trips?

“Yes, it is true that fully electric ones are somewhat more expensive than entry level -petrol or diesel cars. It will still take some time to reach the price level of the Volkswagen Polo and/or Golf,” says Virtanen, referring to two typical “people’s cars”.

The Audi Q8 e-tron electric car will be released in March. The car was already flashed in Helsinki on Tuesday.

Bonus cards are already fighting for consumers’ wallets. How does it accelerate when charging stations are thrown in?

“We are monitoring how the whole develops, but from the point of view of the car trade, it is really good that others are also investing in the charging network.”

That looming race for the driving direction of people going to the store can speed up the electrification of the entire country’s motoring.