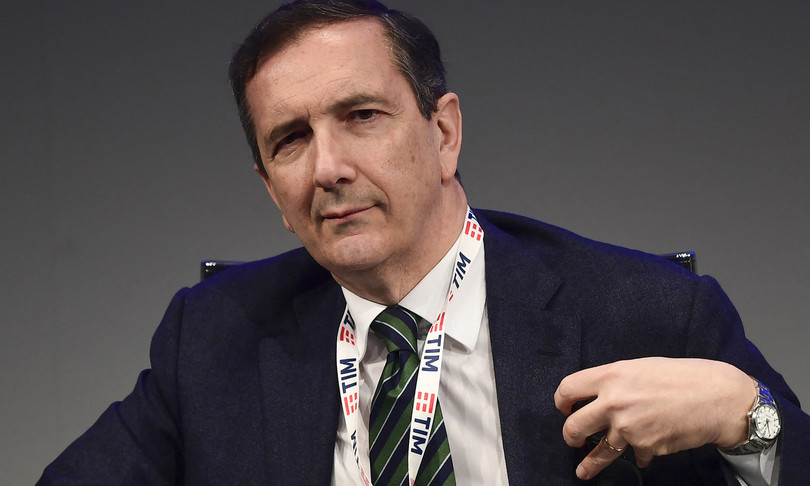 On the eve of Tim’s extraordinary board of directors, CEO Luigi Gubitosi writes to the directors of be ready to step back if this meant “a more serene and rapid” evaluation of Kkr’s offer. And he dismisses the allegations of his alleged proximity to the US fund as “totally out of place and false”.

“I cannot remain silent about the amazement generated by some of the positions taken; I allow myself, therefore, to summarize my thoughts”, is the premise of the long letter that contains his reflections on the debate during the board meeting last November 21st. And immediately makes it clear that “the recipient of any offer is not the Company but the shareholders who will decide independently how to behave “.

“In order to facilitate the decision-making process on the part of the Board – writes Gubitosi – I place the powers you have conferred on me at the disposal of the Board, for your opportune evaluation. serene and rapid evaluation of Kkr’s non-binding offer, I’ll be glad it happened. Our duty – he continues – is to protect the interests of all our stakeholders, in particular the market, not to privilege individual positions and to act in strict compliance with the rules quickly to protect the stability of our Company “.

And in another passage he highlights: “The Board of Directors must strictly abide by the rules, given that it does not have an active role but must ensure transparency and correct information market. In particular, pursuant to current legislation, should the Offer be formalized, the Board of Directors must transparently allow the shareholders to evaluate the convenience of the Offer and the fairness of the price offered “.

Gubitosi continues in his reflection: “In this preliminary process, the independent directors – with their consultants – have a fundamental role in that the Board, in due course, will have to based on the work of the independent directors, issue a press release that will contain an assessment of the effects that the eventual success of the Offer may have on the interests of the Company, on employment and on the location of production sites “. And he insists:” In other words, the Board must act in interest of all Shareholders and to protect the market, and that is also minority shareholders, and all stakeholders (creditors, employees, etc. ..) “. For this reason, he stresses,” dilatory attitudes on the part of the Board, which can be interpreted as aimed at defending the interests of certain shareholders, are to be avoided and would be such as to generate significant responsibilities on the company’s bodies “.

On November 26, the board of directors will have before it a range of options ranging from approving the proposal, rejecting it, asking for further information, upon admitting Kkr to due diligence on accounts. Given the initial phase of the proposal, launched as an expression of interest, and the disagreements within the board, it seems unlikely that any decision will be made to move on to a subsequent phase immediately. The current situation of uncertainty, which could translate into an interlocutory response, is on the other hand well photographed by the performance of the stock on the stock market, which has recently risen on a roller coaster.

After an understandable acceleration at the news of the offer, with + 32%, some profit taking (-4.7%) and a new breakdown (+ 15%), today Tim shares have fluctuated in both directions, first aligning themselves with the price of Kkr, € 0.505, as if buyers were betting on a possible upward adjustment, then suddenly losing share, with a drop of around 4%. The game that politics will play in the affair is also to be seen. For now, the words of the premier, Mario Draghi, remain in the file, according to which the government will evaluate three elements, the protection of employment, the protection of technology, and that of the network infrastructure. Today the Minister of Technological Innovation said that the government follows the developments of the Tim affair “and obviously we are very interested in preserving the security of the country and the good development of the infrastructure in the country. According to some, it could also be assumed that Poste Italiane will also take the field, alongside Cdp, which controls 9.8% of Tim: Among the rumors circulated that Kkr intends to unbundle the network in the future to offer it to Cdp in the next few years, in a path that would lead to the single network.

Caution is recommended by Equita analysts who believe that a reversal at the top of the company is unlikely, given the delicacy of the moment. Vivendi’s dissatisfaction with Gubitosi originates from the two profit warnings launched since July on the accounts, after the agreement with Dazn for the broadcasting of the football championship matches does not seem to have borne the hoped-for results in terms of results. Vivendi, however, has only 5 members on the board, and to discourage the CEO. it would need to involve more councilors to reach a majority.