The new government in Germany: the minimum wage will increase by about 25% 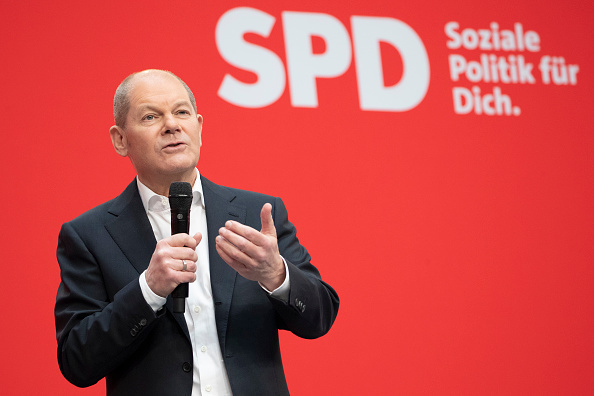 The minimum wage per hour worked in Germany will increase from 9.6 euros to 12 euros, and will affect the income of two million workers who make up about 5% of the country’s workers. The German central bank has reservations about the move due to its effect on rising inflation

Close to two million workers in Europe’s largest economy are about to receive a pay rise. Three German political parties agreed to form a new government on Wednesday, led by Olaf Schultz, who heads the Social Democrats. As part of the coalition agreement, the state plans to raise the minimum wage to 12 euros per hour, from the current minimum wage of 9.6 euros per hour. An increase of about 25%.

The move is expected to increase the income of two million workers in Germany, who earn the minimum wage, and make up about 5% of the country’s workers, said Karsten Bezeski, an economist at ING Bank.

The minimum wage in Germany was supposed to rise to 10.45 euros in July 2022. The new coalition agreement does not specify when the updated minimum wage is supposed to take effect. UBS economist Felix Hoffner said the move would “encourage wage growth” across the German economy, but warned that it could also “raise wage pressures”.
The German central bank this week unusually publicly criticized the move, calling it “worrying” as it could also have an impact on the country’s high-wage earners. Economists and policymakers around the world are closely monitoring wage increases, which are one of the accelerating factors in inflation. In Germany, inflation in October stood at 4.5%, its highest rate in three decades, against the backdrop of rising food and energy prices.

Germany first introduced a minimum wage of 8.5 euros per hour, in 2015. Support for the minimum wage grew in Europe as the power of the trade unions waned. The European Commission reported a decline in the relative share of European workers protected by collective bargaining agreements between 2000 and 2015, particularly in Central and Eastern European countries.

One thought on “The new government in Germany: the minimum wage will increase by about 25%”