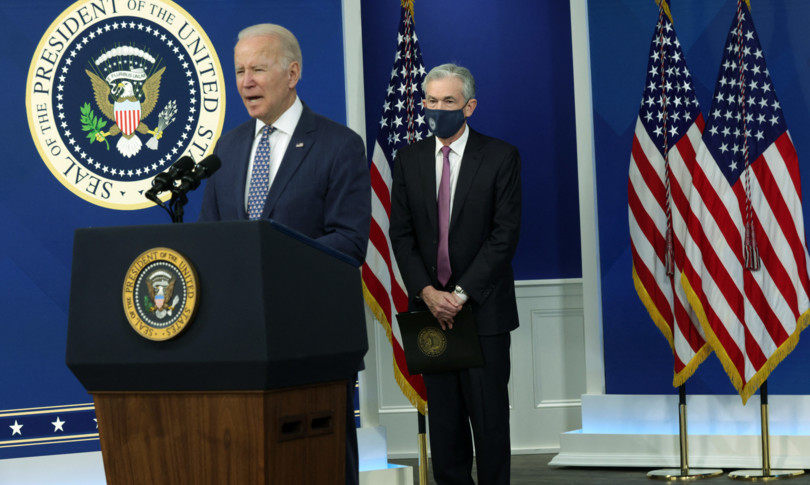 Biden nominates Powell for a new term four years at the helm of the Fed was “anything but an act of mercy,” even though it took weeks to make the decision. It is of this opinion that the Financial Times draws up a precise portrait of the central banker and hypothesizes the reasons that led the US administration to confirm his leadership of the Fed.

By choosing the 68-year-old Republican over a fellow Democrat for the post of president, at a time of fierce political polarization in the United States, Biden recognized the validity of Powell’s central bank management during the pandemic and has bet on its ability to tame inflation without undermining the economic recovery.

But Biden also wanted to reward Powell’s non-dogmatic and unassuming style, which has earned the respect and admiration of many White House officials, Fed staff and members of both parties on Capitol Hill.

Powell is a Washingtonian through and through. He was born in the US capital in 1953 to a wealthy and educated Catholic family, as one of six children. His was a high-level family: his mother a professor of mathematics and statistics, his father a lawyer who represented the steel companies in union negotiations. His parents were both top of the class at Blessed Sacrament, the same Catholic school Powell attended in northwest Washington.

Powell’s grandmother once pulled out an old Sunday Mass bulletin reporting their academic achievements and slipped it under the nose of the future Fed president to show what was expected of him.

The family has always lived within walking distance of Chevy Chase Circle, a large roundabout on the border between the District of Columbia and Maryland, and he still lives in that area today. One of Powell’s passions is playing the guitar; he also likes golf. He has been a regular cyclist in the past. And he loves reading at night: one of his favorite tomes is The Saxon Stories, a series of historical novels by Bernard Cornwell about medieval England.

Powell was not a model student at first. Still, he managed to get into Princeton University, where he studied African politics, and Georgetown Law School. He then moved to Wall Street to work for the Dillon Read investment bank under Nicholas Brady, later Secretary of the Treasury to Ronald Reagan and George HW Bush. In New York Powell met Elissa Leonard, a director. The two married in 1985 and have three children.

Brady had vowed not to hire anyone from the bank to serve the government, but made an exception for Powell, who joined the Treasury in 1990 and became Undersecretary of National Finance in 1992. After Bill Clinton took office, Powell went in Carlyle, where he did business in the industrial and consumer sectors for the American buyout group.

But public service was his greatest calling. He walked into the Bipartisan Policy Center, a think-tank, where from a small cubicle he helped try to defuse the 2011 debt ceiling crisis, pitting Barack Obama against Republican lawmakers.

Obama chose Powell for the seat as a member of the Fed’s board of governors in 2012, and once Donald Trump became president, his most important promotion also took place.

In his first term Powell was credited with wanting to shake the Fed’s thinking after learning hard lessons from the slow recovery of the 2008 financial crisis. “I think of Powell as someone who is genuinely curious, genuinely open-minded, always learning. , never satisfied with the assumptions, “a White House official said.

Observers have them attributed unusual empathy to Fed communications, for example when he cited the problems of Americans suffering from the Covid-19 crisis and the nation facing racial injustice.
Powell is not a practicing Catholic, but he has supported the charitable work of the Church in the capital. “He is a man with a big heart for the needy,” said Monsignor John Enzler, president and chief executive of Catholic Charities of the archdiocese of Washington, who has known Powell’s family for 30 years.

Subjected to the Trump’s furious attacks, Powell did not openly retort the former president, but made it clear that he would not resign if asked.

“It takes a very strong-willed person to be able to stand up to the blows of the president of the United States. He did what he thought was right, and in the end he deserves credit for not getting into battles with the White House,” Rubenstein said.

Powell’s critics on the left say he was too lenient on financial regulation and hesitant on climate. Others say the Fed has fallen behind on inflation. But proponents trust Powell to address rising prices through monetary policy if necessary and to convince markets, politicians and the public that he has everything under control.

“It’s someone who when he sees a problem does something about it,” said Shai Akabas, who worked alongside Powell at the Bipartisan Policy Center. “If there is a problem, it stays on top of his thoughts until he addresses it.”