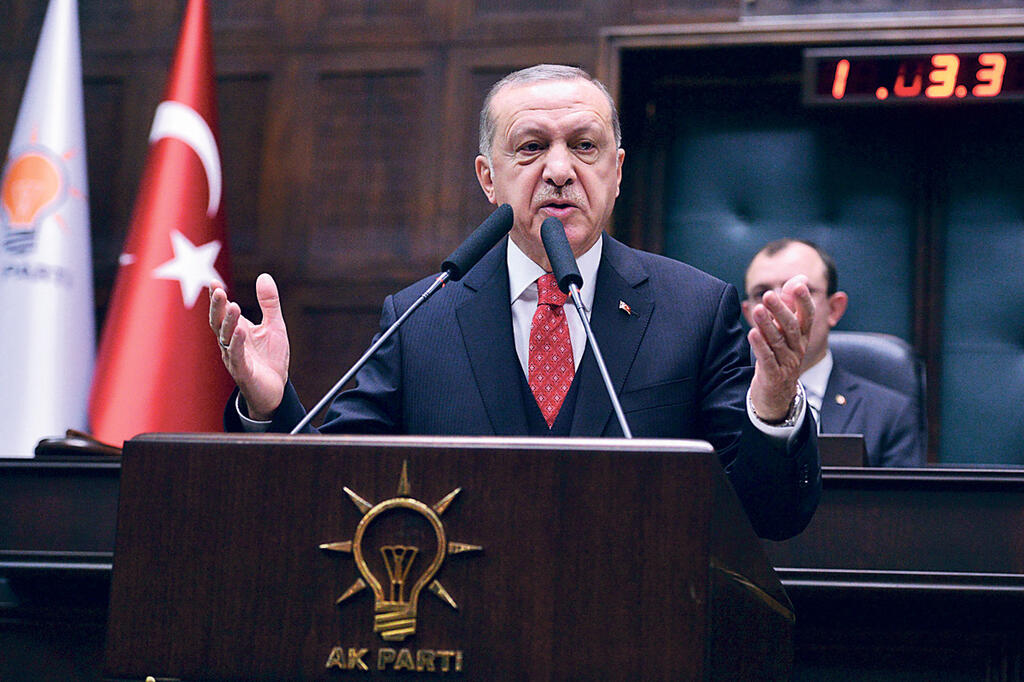 The Turkish lira has lost about 20% of its campaign in the past two weeks, and the president blames elements outside the country; “We will not give up on our new economic plan – no matter what they do,” he said.

Turkish President Recep Tayyip Erdogan said the culprits in the pound fall are the “money barons” who he claims are attacking the Turkish economy, and have pledged to work to lower loan costs in order to boost growth and regain its popularity ahead of the 2023 planned elections.

The Bloomberg news agency reported that the Turkish lira fell 4.5% after his remarks and traded last night at a level of 12.4766 pounds to the dollar. The currency has lost a fifth of its value in the last two weeks alone.

At a support conference held yesterday (Friday) in Izmir province, Erdogan said he would continue to support policies that favor low interest rates to encourage growth and job creation. According to him, the decline this week in the pound is not due to economic reasons but to a “financial attack”. He further claimed that these attacks were organized by “world money and politics barons” and their local supporters who wanted Turkey’s interest rates to remain high.

“We will not give up on our new economic plan – no matter what they do,” Erdogan said. “They are trying to create a dark scenario through foreign exchange rates.” Earlier in the day, the Erdogan National Security Council announced that the challenges posed by the new policy were one of the threats facing the country, alongside terrorist activity.

Erdogan holds the non-conservative mantra that high interest rates feed inflation and do not help curb it. His determination to lower loan costs while inflation is higher than 20% has put Turkey into new territory, and many commentators are wondering whether this will affect his strong grip on power.
Due to his decline in polls, Erdogan has adopted this new policy, which favors job creation and interest rate cuts. Under pressure from Erdogan the central bank has cut interest rates by 4 percentage points since September. “We did not think about this economic policy in the morning and then implemented it in the evening,” Erdogan said. “We’ve been preparing for this for 19 years.” He even assured employees and business owners that their situation was about to improve.