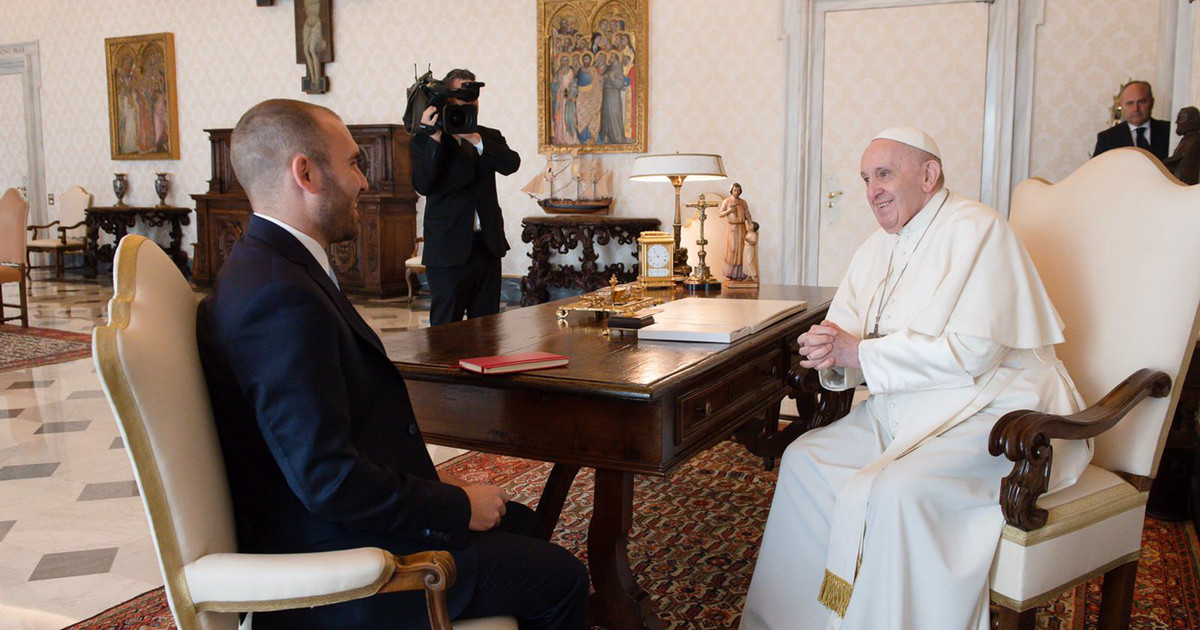 Pope Francis appointed the Minister of Economy of the Nation, Martín Guzmán, as member of the Pontifical Academy of Social Sciences, as announced this Saturday by the Holy See.

The Academy, established in January 1994 by John Paul II, is dedicated to the promotion of study and progress of the social sciences, especially the Economy, Sociology, Law and Political Sciences.

Guzmán is the second Argentine selected by the Supreme Pontiff to integrate said institution so far this year, since last September 19 the Secretary for Strategic Affairs of the Presidency of the Nation, Gustavo Beliz, was appointed.

The 39-year-old Minister of Economy, now an ordinary member of this Vatican entity, was born in La Plata on October 12, 1982, graduated in Economics from the University of his hometown and received a doctorate from the Brown University from the United States.

While his management is resisted by some sectors of Kirchnerism, the national official received a new support from the Vatican. In mid-April of this year, Guzmán had already made a gesture of support from the Pope in relation to the renegotiation of Argentina’s debt with the International Monetary Fund.

Guzmán is the second Argentine academic selected by the Supreme Pontiff to join the Pontifical Academy of Social Sciences.

During a meeting in Rome, both discussed the situation of the debt with the IMF that the country must face, amid strong requests from the Pope for international organizations to advance in a “significant debt reduction” of the poorest countries.

The meeting, considered by the Vatican sources as an “important gesture” of the Holy See to listen to the Argentine position from Guzmán’s mouth on the debt, it was last April 14 in the Vatican gardens.

Meanwhile, the objective of the Pontifical Academy of Social Sciences is to offer the Catholic Church “the elements to develop your social doctrine, reflecting on its application in contemporary society “.

The body is made up of a number of academics not less than twenty and no more than forty, all of them named by the Pontiff for their competences in Social Sciences and “for their moral integrity.”

Among the current academics, there is the Italian Prime Minister and former president of the European Central Bank, Mario Draghi, and the Chilean sociologist Pedro Morandé.

What other economists make up the Pontifical Academy?

Academics, who are designated by 10 years and can be renamed, receive this appointment for their high level of competence in one of the various social disciplines.

Among the economists members of the Pontifical Academy of Social Sciences of the Vatican are: