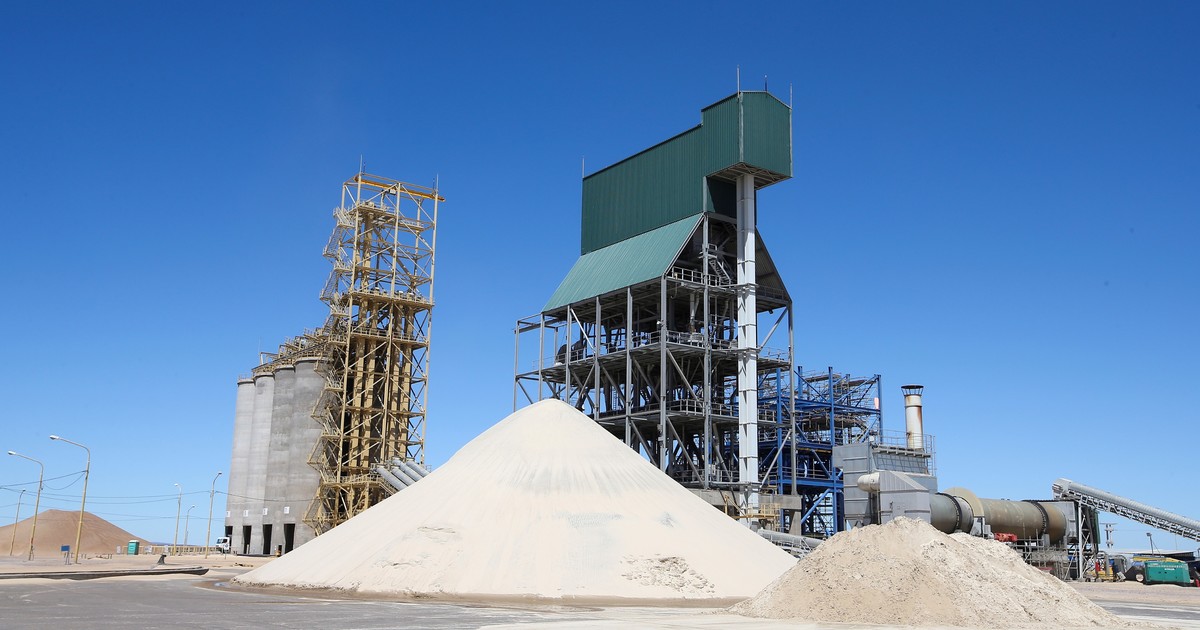 The unconventional Vaca Muerta oil and gas formation can be a magnet for related industries. This is the case of NRG, a local company that it was anchored in Canada. The company inaugurated a sand processing plant on Wednesday in the Norte de Allen industrial park, in Río Negro.

Although most of the surface of Vaca Muerta has not yet been exploited, the companies that are already operating have been setting production records in shale oil and shale or tight gas. The sand is a fundamental component in the process called “fracking”, which is the fracture that is made to obtain unconventional oil and gas.

NRG expects to produce between 700,000 and 800,000 tons of sand annually, with an investment of US $ 200 million in a plant of its own. It has its quarries in Entre Ríos and Río Negro. Thence, They transport sand in their own trucks to this processing plant.

César Guercio is the CEO of NRG. He worked in private banking and at Schlumberger, one of the world’s oil service giants. In this way, he obtained the technical background on the energy industry, but also the contacts to get the necessary millions. The investment he is carrying out obtained Canadian financing. In that country, there are high mining and oil developments.

Fracking is the hydraulic fracturing process in which a mixture of sand, water and chemicals is injected under high pressure. In this way, the formations that have oil and gas are drilled, and they are made to rise to the surface. His practice was controversial in the beginning, but there are localities that have already incorporated it and understand the process.

The sand stimulates the wells and generates paths that allow the energy resources to flow, while keeping the fractures created in the stimulation open. It is a specially treated sand, with special components (it has more quartz silica grains than a beach sand, for example).

“All oil companies know that a sand project is an ideal complement to their operations,” he explains. NRG is usually installed as close to the wells as I can, to supply your customers quickly. Among them is Tecpetrol, in Fortín de Piedra, a gas concession that was among the most productive since 2018.

NRG has 100 of its own CNG trucks. That enables it to provide “last mile transportation services.” This means that their vehicles are adapted with special hoppers for loading and unloading the sand, plus on-site handling (of the concessions) through mobile silos. In that way This service reaches the oil companies right down to the wells themselves.

The development of sand for fracking went through different moments. In the early days, there were few suppliers, imports were needed, and local companies were unprepared. But now there is more activity and competence it is for offering a better product.

The costs of “fracking” have been falling – both in the United States and in Argentina – and the oil companies choose between different proposals. In NRG they say that their product has advantage in terms of washing (of the pipes through which oil and gas are extracted) and reuse of water.

At fracking, the fractures are left open so that the pores from which gas and oil come out do not close. The industry considers key that the sand – a kind of support agent – is hard and resistant to crushing by the machines that move there. The longer the sand holds, the better performance it is considered to be.

700 jobs were created at the plant between construction and production, on a property that has 140 hectares. “We have 3,500 hectares of quarries, close to the oil concessions in the Neuquén basin, with the possibility of extract and process the material entirely within Río Negro”.

NRG is also working on the “Sand of the future”. It’s a synthetic agent, which would gather the same benefits, but with another origin.