Juan Manzur: “Argentina wants to pay, but we want them to let us grow” 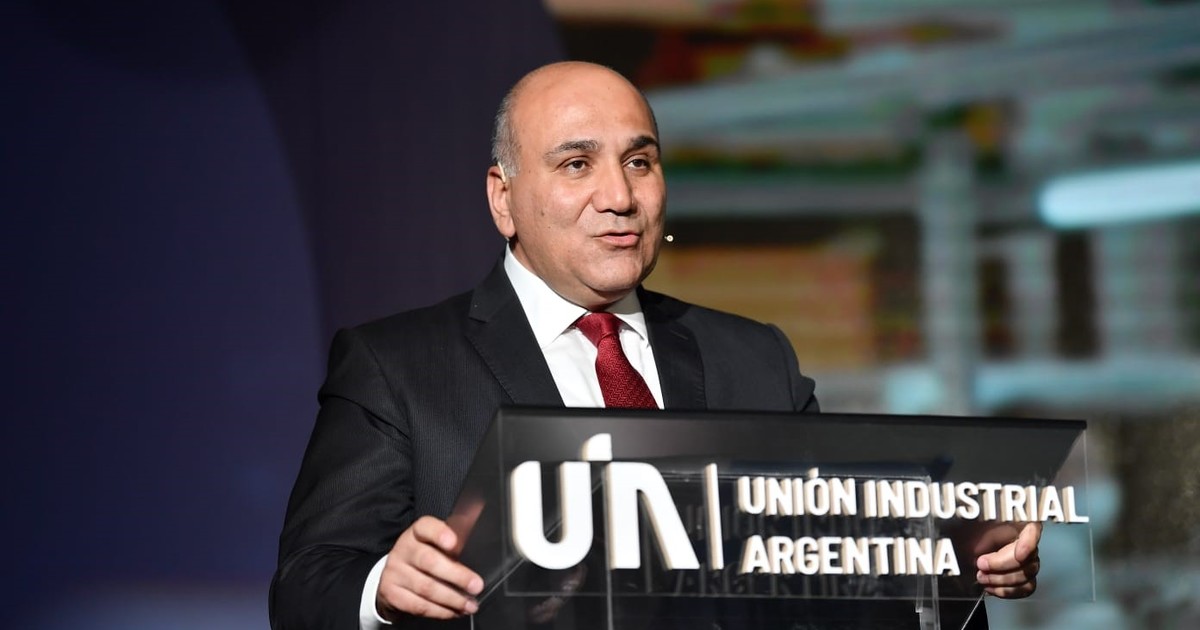 The Chief of Staff, Juan Manzur, said Argentina “will reach an agreement “ with the International Monetary Fund (IMF) but, he added, “the only condition we ask is that let us grow”.

During the opening of the 27th UIA Industrial ConferenceIn Parque Norte, Manzur said that the Government “wants to solve this problem”, referring to the debt with the Fund.

Manzur came to the UIA seeking to rebuild a bond that had remained at least estranged after the celebration of Industry Day, which the president did not attend Alberto Fernandez. Said “surely” The President will be at the closing session this Thursday and praised the businessmen for this year’s exports.

Minutes before Luis Tendlarz, vice of the UIA and president of the Convention, had indicated that industrial activity was going to rise 15% this year, but he stressed that in Argentina “there are more than 170 levies between export duties, national, provincial and municipal taxes that our country has in force and that they position us among the productive sectors with the greatest tax pressure in the region ”.

Manzur admitted the “Tax pressure“And said that the Government will seek to” generate, attract and seek investments, “and advanced on the issue of debt with the Fund.

“We are going to put all our effort and by all possible means. We want to solve this problem. We want to pay, Argentina wants to pay. The only thing we are asking for is a single condition, that they allow us to grow, to be able to pay, “said the Chief of Staff, who had previously accused of “irresponsible” to the management of Macri for having taken on that debt.

“Me I have no doubt that we will reach an agreement and it will be the best possible agreement for the Argentine people, “said Manzur, who was heard from the stage by the head of the UIA, Daniel Funes from Rioja. “I am convinced of the dialogue, the constructive criticism, but also of drawing a line of action. And once we have a course of action, a plan five-yearly, that exceed government management ”.

Numbers in hand, Manzur said that this year the economy will grow “about 10%“, With which” the totality of what was lost will be recovered. ” In the face of about 200 businessmen (the meeting, the first to be held in the post-pandemic, is in a hybrid format), the official added that Argentina’s exports this year will reach the $ 75 billion.

“These are export levels that had not been reached since 2010 or 2011, and they were achieved with more markets and at the same time more concentration, with fewer products. Our entrepreneurship rose to the occasion“, said.

The industrialists applauded Manzur and many of them (not all) supported the initiative of an agreement with the Fund. But even the most enthusiastic showed their reservations about the degree of compliance that it will have an agreement, especially within the government itself.

“The deal is going to have to be closed, but it’s not the only thing that is needed“said the coffee businessman Martin Cabrales. The former head of the UiA and oil businessman Miguel Acevedo He added that “the agreement is something that has to be closed, yesterday if possible. But you also need a political agreement in order to generate an economic scenario with a long-term plan. ”

– And are these conditions generated for an agreement? -He was consulted.

With a political position closer to the government, the head of the Industrial Union of Santa Fe, Guillermo Moretti, said that an agreement with the IMF today does not represent a priority for them. “We are growing at double digits, we fly. If you want a combine I will sell it to you, but you will have to wait until December of next year,” said the businessman. “That is what we care about today, that consumption is reactivated and people have money to buy goods from us“.