Who are the buyers of the new “premium” real estate projects 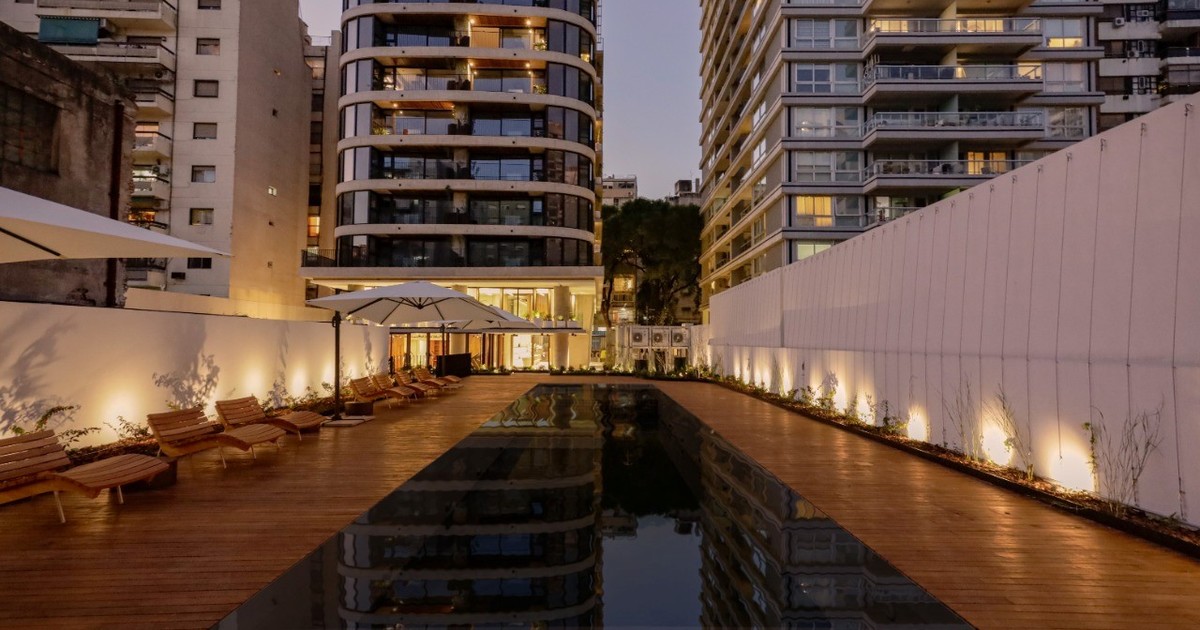 Given the scarcity of investment possibilities, the dollar on the rise and the possibility of pay in pesos a part of some real estate projects, developers have been targeting their products towards buyers from higher socioeconomic levels.

These are sectors that can channel their ability to save on assets that are dollarized. In this logic, several launches of premium real estate projects have occurred in recent days, with tempting discounts for those who want to preserve their capital in bricks.

In this trend, the Azcuy company, which develops, designs, builds and markets residential buildings, started the delivery of the first units of Donna Terra, the first building in its Donna line of developments, located in Pedro Goyena at 1700, in the Caballito neighborhood.

The development, which demanded a total investment of US $ 22 million, It consists of 74 units of between two and five rooms, with surfaces from 58 to 250 square meters and two duplexes of 350 m2 with own pool. The units that are still for sale oscillate between US $ 2400 and US $ 3,600 per m2.

According to Gerardo Azcuy, founder and CEO of the firm, among the buyers of this project there are two broad categories: On the one hand, there are the investors that acquire units to resell and on the other hand, there are family groups with school-age children who decide to buy a unit for their own home.

Also in the Buenos Aires area, Casa Anchorena began to be sold, in Arenales at around 1300. It is about luxurious apartments built in a Former old petit-hotel de la Recoleta, whose façade dates back to 1913, which belongs to the Anchorena family.

​It was precisely the family who arranged together with the Lacroze Miguens Prati Studio to recover the house, preserving the style. For now, the houses are being sold in a closed way (to friends and acquaintances), with 15% discount on the list price.

“At this stage there is no commission, which brings the discount closer to almost 20%“said Marcela Rasche, the project’s marketer.

In Belgrano, meanwhile, there is the Zeta Belgrano project of the developer BSD Investments, that demanded a investment of US $ 40 million.

In San Isidro, meanwhile, Grupo Portland is pre-launching Palmera Campus, a 6,000 m² complex of park and landscaped common spaces, commercial premises, gourmet spaces with bars and restaurants, coworking facilities and 250 apartments with 2, 3 and 4 rooms and with luxury amenities. There, the price per m2 is about US $ 1,300.

About how the project is selling and what is the profile of the buyers, Mariano Gubitosi, commercial manager of Grupo Portland, says: “21 units were reserved in less than a month of pre-launch “, dice.

Most are end buyers, not wholesale investors. They can be retailers that taking advantage of the very convenient values ​​of this pre-launch stage They bet on the valuation of the property once the construction is finished in this highly valued area.

They also buy families with the intention of moving to the larger three-bedroom units and young people who acquire two-room units as their first home, taking advantage of the large terraces, in a building with high quality amenities.

Why are builders turning to this higher income niche? According to the businessman, “the Argentine market is going through a very particular moment given the general situation, economic, political and of course health, which generates a very large segmentation in which the sectors with the greatest availability of resources take advantage of this situation to obtain opportunities, “he said.