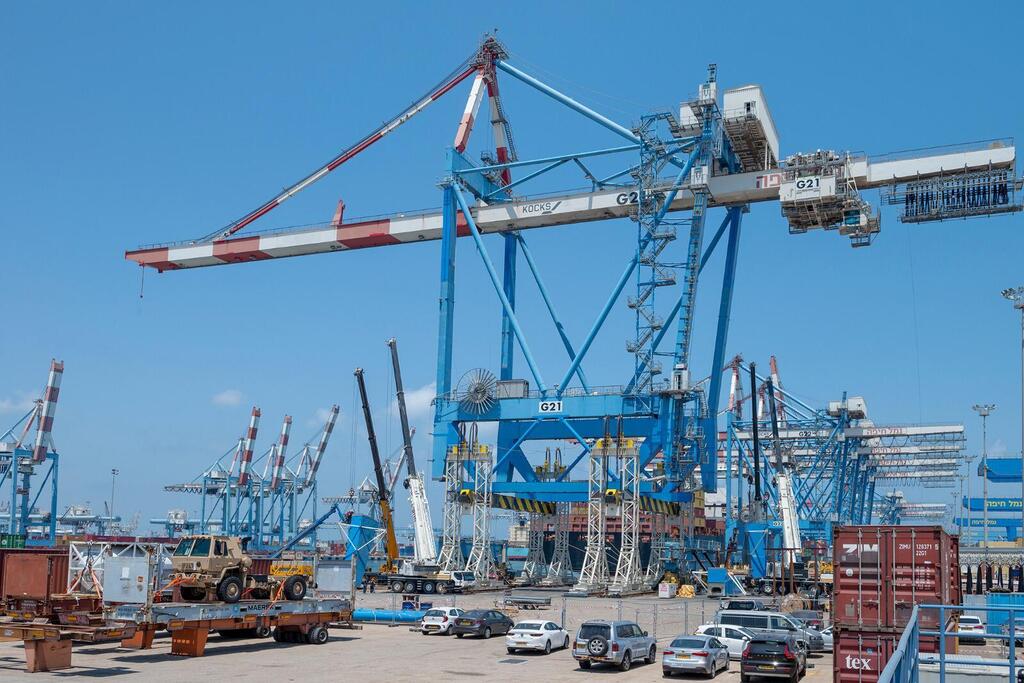 Israel Shipyards reported to the stock exchange that its business partner DP World had announced that it was withdrawing from participating in the tender. Three weeks ago it was decided not to approve the emirate company’s proposal to own the port, for security reasons. Israel Shipyards is now interested in dealing alone or with another partner. Four other groups are competing in the tender

The Israel Shipbuilding Industries announced that its business partner DP World has announced that it is resigning from participating in a tender for the privatization of the Port of Haifa. Three weeks ago, it was decided not to approve the proposal of the emirate company that sought to control the port for security reasons.

According to the announcement, the Israel Shipyards Company is examining various options and is still interested in accessing the tender “either on its own or through a partnership with other business partners.” It is also stated that the company submitted a request to the Companies Authority to regulate its continued participation in the tender.

The hearing at the Treasury
Three weeks ago, a hearing was held by the director general of the Ministry of Finance, Ram Blinkov, in which it was decided not to approve the initial offer of the emirating DP company. Appointments at the Port of Haifa.
The government feared that the DP, which is controlled by the Dubai government, would have a strategic infrastructure of the State of Israel, which contradicts the “order of interests” recently approved by the government and the Finance Committee. The Order of Interests states that in the context of privatization, “the preservation of the company’s character as an Israeli company with a center of business and management in Israel” must be maintained, and that “the formation of a position of influence on the company of hostile elements or factors that may harm state security or foreign relations.”

Simultaneously with the security discussions, the tender continues to be delayed due to disagreements between the Israel Land Authority (RMI), the Companies Authority, the Israel Ports Company (HNI) and the Haifa Municipality. Between the various parties, there is a dispute over the fate of residential and commercial areas on the seafront of the port that are worth hundreds of millions of shekels. The Companies Authority is optimistic about reaching an agreement on the issue, but this has not yet been reached. Government officials and officials at the port of Haifa fear the many delays in the tender. A government official involved in the matter who spoke with Calcalist said that “if there are (in the end) three bidders, then it will be a huge success.”

Four more groups
Apart from the Israeli shipyards that you may face alone or find another partner, there are four other groups that are in the race to privatize the port of Haifa. The first group is the Indian company Adani together with the Gadot Group (Keren Tene), the second includes Danny Unger together with the British Generation Capital Fund and LOMAR Shipping, the third is Shafir Engineering together with Mickey Sheeran’s Oats, and the fourth consists of a square collaboration Of American Grayston, Turkish Yilport, Israeli Oceanow and Turkish-British Global Ports.

DP World response: DP World has decided not to enter the tender for economic reasons. The company adopts an active portfolio management strategy. We are constantly exploring opportunities and evaluating their feasibility in the process. Although we have decided not to participate anymore in the privatization of the Port of Haifa, we are still interested in investing in Israel as a major trade center, and we will examine additional investment opportunities. We appreciate the continued support of our partners and stakeholders in Israel.