Argentina: The rebound in GDP is not enough to reverse the drop in consumption, which has accumulated six years in the process of contraction 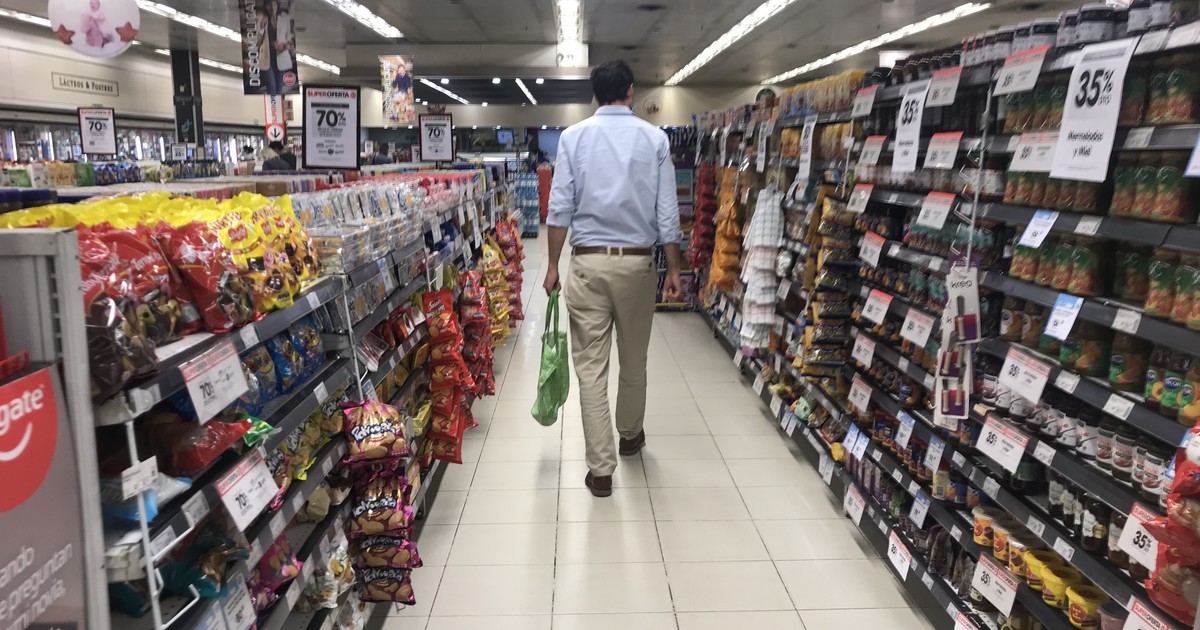 This year the economy is expected to grow by almost 10%. However, mass consumption, even with the recovery it has been having in the last four months, it would end with a new fall for the sixth consecutive year.

This retraction in the sales of supermarkets and neighborhood supermarkets would be of around two points, according to the data handled by the consulting firm Scentia.

The logic is as follows: last year, as a result of the pandemic, the economy collapsed 10% and mass consumption “resisted quite a bit”, The analysts explain, alluding to the inelasticity of the variable: according to the consulting firm’s records, the decline was barely 0.1%.

This year, the recovery of several sectors is pulling the economy, especially compared to the low levels of 2020. However, sales of food and hygiene, cosmetic and toilet products slowed from the inertia of 2020, when many consumers stocked up in the first months of the quarantine. Also, shopping in the gondolas they replaced others (clothing, footwear, outings, etc.) inaccessible due to sanitary restrictions.

Osvaldo del Rio, director of Scentia, points out that “on the one hand people’s purchasing power is severely impaired and on the other, generally the reaction of consumption is evidenced later than the recovery of the economy, “he says.

The data from this consultancy show that accumulated sales up to October show a drop in the 3,7% on average and is deeper in the AMBA (-5%) than the interior of the country (-2.8%). The crisis is also more forceful in supermarkets, which fell 8.9% compared to a rise of 2.9% in supermarket chains.

When analyzing the behavior of the different categories, in that period, food ranks first in the fall with 9.6%; breakfast and snack products fell 4.2%; perishable and frozen products, 3%, clothing and household cleaning products, 2.9%, hygiene and cosmetic products, 4.8%, and non-alcoholic beverages, fell 0.5%.

The The only categories with positive results are alcoholic beverages (2.8%) and impulsive products such as snacks and sweets that accumulate a rise of 7.2%, according to Scentia.

From the vision of Gustavo Mallo. director of Scanntech, the fact that “the economy grows at 10% it does not speak or is related to the pocket of the consumer who clearly has a lower possibility of spending “, opines. According to this consultancy that surveys sales and prices in supermarkets and regional supermarket chains, the drop in consumption between January and November, reaches the 7,4%. While, in 2020, it was practically flat (0.2%).

Something that happened this year, the analyst recalls, is that “from March to May, there was a sales explosion that was not actual consumption. If that had not happened, we would have seen negative numbers such as the months of January and February 2020 and from June of that year as well.

Analyzing the consumption situation by product family, according to this measurement food fell above the Basket average (14.8%), while Personal Care and Cleaning fall with less impact. “Drinks persists as the family with the least retraction, with alcohol consumption falls -2.4% so far this year, while Non-alcoholic Drinks fall 2%”, according to Scanntech.

Javier González, an analyst at Nielsen, recalls that the peak of consumption in recent years occurred in 2014 and 2015. And that “current consumption levels are similar to those in 2006 and 2007 “.

From the Eco Go consultancy, the economist Sebastián Menescaldi points out that the link between the growth of the economy and the drop in consumption is mainly explained as a consequence of the normalization of the pandemic.

“Last year the purchase of food rose mainly in part due to the accumulation of stocks in the pandemic and greater consumption in homes and activity fell. Today the activity returned to the normal rhythm and household food consumption normalized (with a reduction in stocks) and increased outside the home ”, he summarized.

According to Damian Di Pace of Focus Market, in the last quarter of the year the businesses showed a rise of 3.8% from the injection of “silver” by the Government. That momentum would close the year with an average rise in sales of 1.2%.