General strike CGIL and UIL on December 16 on the maneuver. For the government “incomprehensible choice” 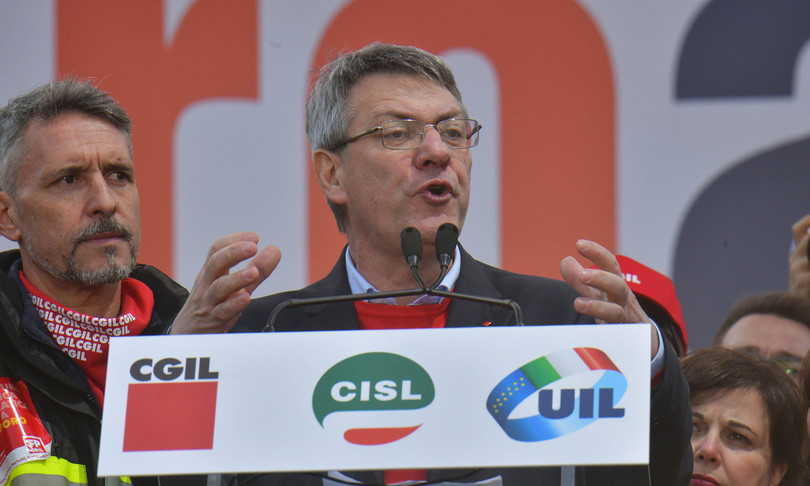 – CGIL and UIL have 8-hour general strike proclaimed for next December 16, with a national demonstration in Rome and with the simultaneous carrying out of similar and interconnected interregional initiatives in 4 other cities.

Last Friday, the CGIL, and tonight, the Uil, have brought together its individual statutory bodies for an evaluation of the economic maneuver launched by the Government.

“While appreciating the effort and commitment of Prime Minister Draghi and his executive – explain the trade unions – the maneuver was considered unsatisfactory by both trade unions, in particular in terms of taxation, pensions, schools, industrial policies and the contrast to relocations, the contrast to the precariousness of work especially of young people and women, the non self-sufficiency, all the more in light of the resources, available at this stage, which would have allowed a more effective redistribution of wealth, to reduce inequalities and to generate balanced and structural development and stable employment “.

Therefore, having received from their respective bodies the full mandate to give continuity to the mobilization, the two national confederal secretariats have proclaimed the strike.

The general secretaries of CGIL and UIL, Maurizio Landini and PierPaolo Bombardieri, will speak from demonstration in Rome, which will take place in Piazza del Popolo.

Tomorrow, Tuesday 7 December, at 5.30 pm, at the Hotel Londra in Piazza Sallustio in Rome, the general secretaries of CGIL and UIL will hold a press conference to illustrate the reasons and methods of the strike.

The CISL will meet the secretariat tomorrow to make an assessment of the decision of the other trade unions to proclaim the general strike on 16 December next. This is what Agi learns.

in the evening, the union released a note from the secretary Luigi Sbarra: “The CISL considers it wrong to resort to the general strike and radicalize the conflict in such a delicate moment for the country, still committed to tackling a pandemic that does not let go and tends to consolidate the positive signs of an economic and productive recovery that requires a common effort to be made structural. All the more considering the significant progress made in the last month on the contents of the budget law “.

According to Sbarra, there have been “results that we evaluate positively and that guarantee progress on the reduction of taxes for workers and pensioners, resources for social safety nets and expansion contracts, greater allocations for health care, important resources for non self-sufficiency, public employment, single allowance for children, combined with the strong commitment made by the government to open discussions with the trade union as soon as possible on the rigidity of the Fornero Law and to speed up the tax reform “.

According to Sbarra, “today’s maneuver is very different and better than that of a month ago: thanks to an uncompromising, responsible and constructive trade union mobilization, which aimed at reconnecting the threads of dialogue without sterile conflicts”.

“The results have arrived – he underlines – on the path of dialogue and confrontation and on this path the CISL intends to continue, in a decisive phase for the future of our country, strengthening the social dialogue to obtain new advances and continuing to exert pressure on Parliament to further improve the Maneuver and the development policy on work and pensions, industrial and school policies, income support and expensive bills, to ensure new and greater opportunities for our young people “.

“To reach concrete and lasting goals – concludes the CISL leader – it is not necessary to ignite the conflict in a generalized way: we risk breaking social and industrial relations by transforming workplaces into battlefields. What is needed today is the exact opposite : cohesion, responsibility and social participation “.

The astonishment of the government

The maneuver is highly expansive, the strike is not understandable. Thus government sources on the decision of CGIL and UIL to call a strike on the maneuver. It is a maneuver – add the sources themselves – that leads the country towards recovery and supports families, workers and retirees.