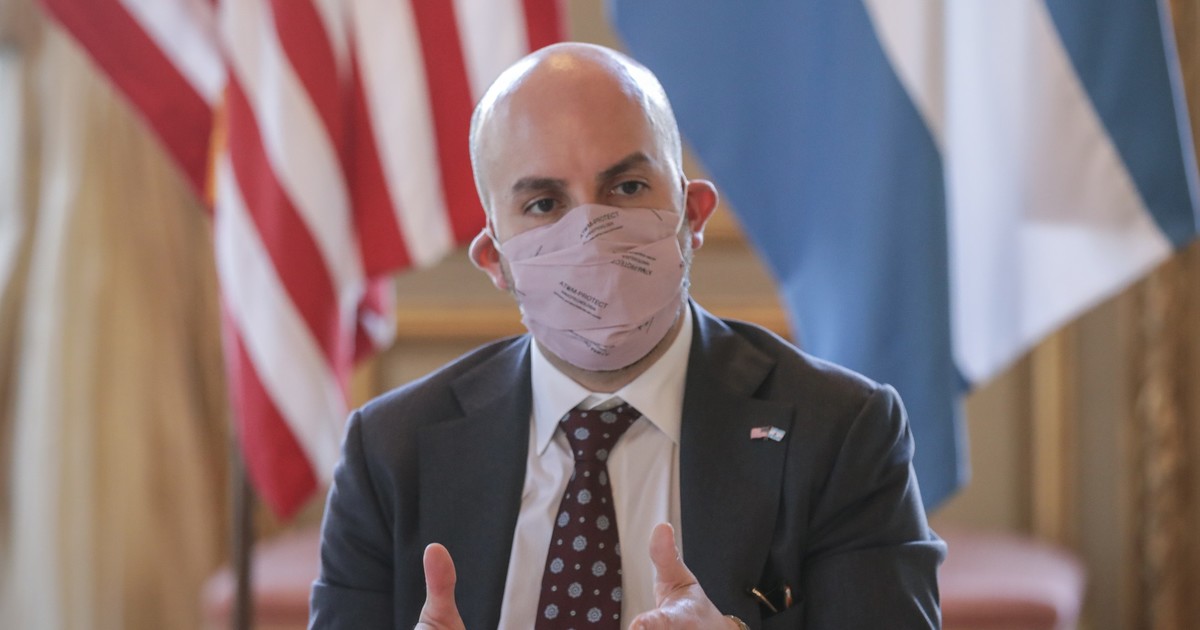 Argentina and the International Monetary Fund “They must reach an agreement” to be “solid”, President Joe Biden’s main adviser for Latin America said Tuesday, adding that for the United States there is an “opportunity” to bring our country “back to the financial system.”

At a regional conference organized by the consulting firm Eurasia GroupJuan González, the undersecretary for the Western Hemisphere of the National Security Council, was asked about the situation of several countries in the region.

Referring to Argentina and the debt negotiations, González noted: “I have read Paul Blustein, Michael Mussa, I have studied Argentina’s relations with the IMF. HThere is an opportunity to turn the page of 20 years and reaffirm the value of institutions Breton Woods (which gave rise to the IMF and the World Bank) and bring Argentina back to the financial system ”.

Biden’s adviser emphasized that “Both parties must reach an agreement that is solid on its merits. It could be transformative for Argentina and our bilateral relations ”.

González also had words for the international organization, chaired by Kristalina Georgieva. “The IMF has learned that a model cannot always be used to prescribe macro policy in a political environment. You have to recognize the internal context, the factor endowment, at the end of the day Argentines have to come up with a plan ”.

He added: “Biden talks about politically sustainable policies. We need stability in the region. Brazil and Argentina are very important to us ”.

The statements about Argentina happen when in Washington there is a technical delegation of Economy and of the Central Bank negotiating with Fund officials the renegotiation of the debt of 44,000 million dollars that the organization granted in 2018.

The Fund seeks that the Government present a macroeconomic plan with clear goals that can be met. It focuses on fiscal convergence, inflation and the exchange market.

The support of the United States is essential for any program that Argentina wants to approve since it is the member with the greatest weight in the executive board of the organization, where the Extended Facilities agreement that is being negotiated today must be validated.

González, 45, is today the main advisor for Latin America and the Caribbean in the National Security Council and the expert in the region closest to Biden. He was in Buenos Aires in April of this year and in a virtual meeting with President Alberto Fernández (who was isolated by coronavirus at the time) he assured him that there will not be a Chinese military base in Argentine territory.

In turn, Fernández asked him for support for negotiations with the International Monetary Fund. The President will participate this Wednesday, in the second day of the same Eurasia Group conference.

The Argentine delegation met again this Tuesday at the headquarters of the Argentine embassy. On the Argentine side, with Minister Martín Guzmán in Buenos Aires, the Secretary for Economic Policy, Fernando Morra, negotiates; the Secretary of the Treasury, Raúl Rigo; and the Undersecretary of Financing, Ramiro Tosi. The Director Jorge Carrera and the Deputy General Manager of Economic Investigations, Germán Feldman, participated for the Central Bank. Also Sergio Chodos, the Argentine representative to the IMF.

Julie Kozack, the undersecretary for the Western Hemisphere and Luis Cubeddu, who heads the mission for Argentina, attend the Fund