Argentina: The Government received Russian investors and promised them that they will be able to send dollars abroad 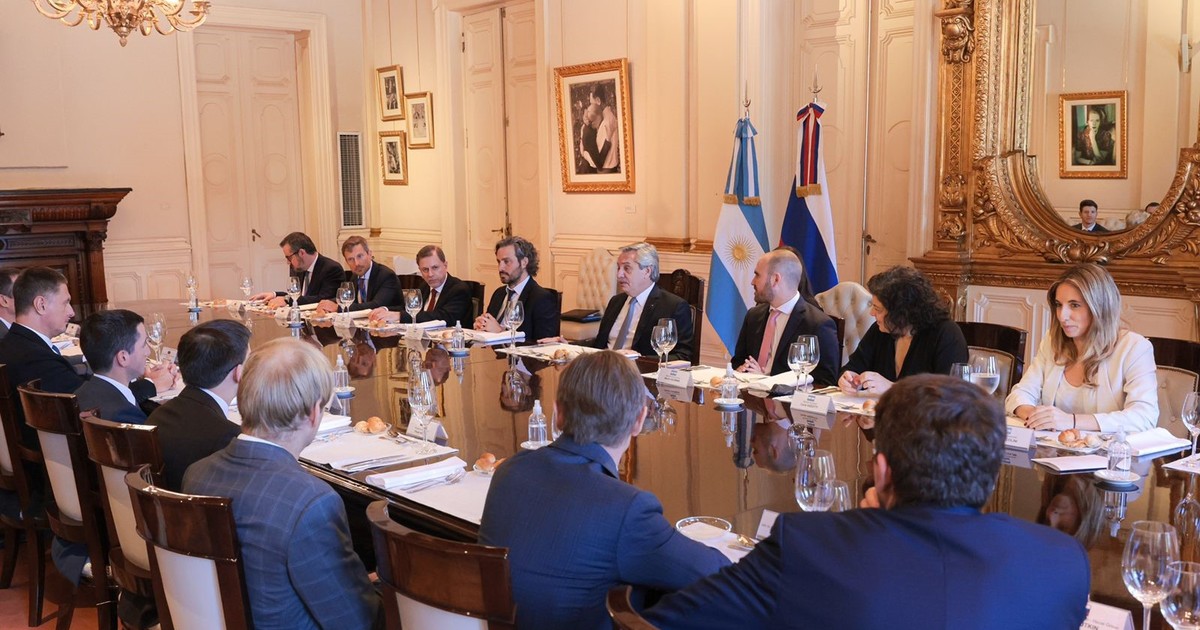 A delegation of 32 Russian businessmen He landed this Tuesday at the Casa Rosada and held meetings with a large part of the Executive. It was his first visit to the country since the beginning of Alberto Fernández’s administration, in looking to explore investment opportunities in strategic sectors and obtain guarantees to be able to turn dollars abroad.

The talks began in the morning with a technical exchange at the Bicentennial Museum and continued with a lunch at noon led by the President. In this context, the delegation led by the Russian fund and Sovcombank commented on their work in each area, the possibilities in Argentina and their interest in investments.

The idea in the Government is to reproduce the “model” adopted with Sputnik V, which allowed Argentina to buy 30 million vaccines financed by the Russian fund and, in a second moment, to manufacture them in the country, with the possibility of exporting them. That scheme is the one that is sought to deepen now through even the business creation with Russian and Argentine capital.

The visit from Moscow It coincided with the negotiations that an Argentine mission maintains with the IMF in the United States. to close a deal as soon as possible to refinance the debt. Concerned about providing the Central Bank with reserves, the Government seeks to clear the strong debt maturities in 2022, attract foreign investment and explore alternative sources of financing.

Last April, during a tour of Europe, the Minister of Economy, Martín Guzmán, met with the head of the Central Bank of Russia, Elvira Sajipzadovna Nabiullina, and the Minister of Finance, Anton Siluanov, to deepen financial relations and add support to negotiations with the Fund. And in October, he met Siluanov again at the G20.

This time, Guzmán reiterated his interest in obtaining global “support” during a morning talk., while ensuring that progress was made in a fiscal “ordering” and predicted 4% growth in 2022, along with a gradual reduction in inflation at a time when consulting firms estimate a rate of up to 60% for next year.

In the afternoon, the visitors inquired about the possibility of issuing debt by private companies and financing projects in the real economy, but they also showed restless for fear of not being able to repatriate capital given the exchange controls in force, for which they were assured that the Central Bank relaxed the restrictions for new investments.

“The guys want to know if they are coming, if they can go and not get trapped in Argentina. They were shown the foreign direct investment system and the possibility of repatriating investments, and they came out very satisfied, there is a lot of interest in investing, “said an official source after a meeting held in the afternoon in Economics with RDIF authorities and Russian businessmen.