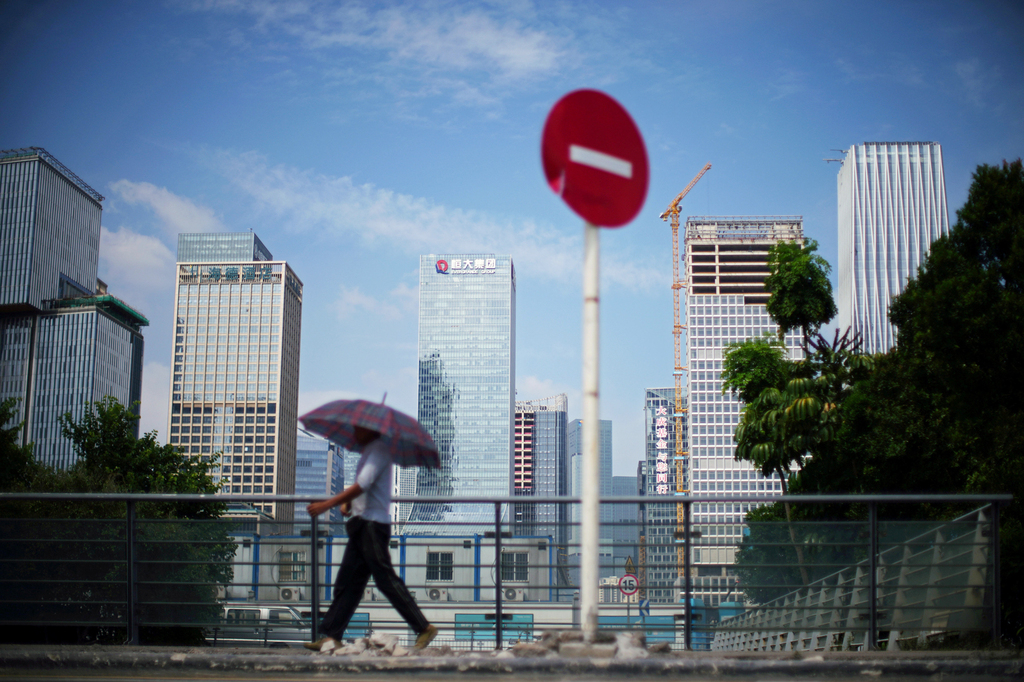 In response to lowering its growth forecast for 2022, China announced a lowering of the capital adequacy ratio for banks. At the same time, government officials came to the headquarters of the Evergreen real estate giant to “make order.” IMF chairman: “Achieving quality growth will help not only China, but the world as well.”

The upheaval plaguing real estate giant Evergrande continues to shock the Chinese economy. The Reuters news agency reported that some of the company’s debtors did not receive their debt payments at the end of the 30-day grace period.

The company, which was supposed to repay $ 82.5 million in bond repayments, warned last week that it would not be able to meet the repayment. The fact that it has not yet officially declared insolvency may hint at a deeper government involvement.

On the day Evergrande was due to repay the debt, the administration issued a statement announcing a large inflow of liquidity to the market, perhaps to point to support for local financial markets or slightly soften the expected downturn in the real estate sector, if Evergrande really declares insolvency. The stability of the economy is a “top priority.”

Business-focused support
According to the announcement by the Central Bank of China, at the heart of the government incentive program is a 0.5% reduction in the capital adequacy ratio for most commercial banks, starting on December 15. This move will release 1.2 trillion yuan ($ 188 billion) to the economy and is expected to encourage loans to businesses and households. The central bank also announced that it was not changing its monetary policy and that it would avoid “flooding the economy with incentives.” In his estimation, some of the liquidity will help the banks repay the loans and maintain general stability.

The move will support the financial system in complex moments of uncertainty in one of the country’s most prominent and important sectors. This is the second time that the central bank has taken on this type of activity this year, with the first being in July, when it introduced similar volumes of cash to the market by reducing the capital adequacy ratio.

This conduct is in stark contrast to the activities of central banks in other large economies, which are currently taking steps to reduce quantitative easing, which they aggressively pursued with the outbreak of the corona crisis. For example, the Federal Reserve recently announced a reduction in inflows into the economy. At the same time, China exercised conservatism and restraint during the corona crisis and refrained from printing and massively flowing cash. Instead it offered more targeted support to small businesses. A move that paid off, as it was the only major economy in the world to record growth in 2020.

This activity on the part of the administration signals its commitment to supporting the local economy against the background of the difficulties of real estate companies. More. These include new outbreaks of the plague across the country as well as a lack of energy and a slowdown in production derived from it.

“Extraordinary recovery”
The update of growth targets, as well as the call to support the recovery of the economy and not just take tightening measures, come after the IMF lowered its growth forecast for China to 5.6% for 2022 last October. Currency Christina Georgyeva to the Chinese government announcement, “but its growth momentum has slowed particularly. “Because China is an essential engine for global growth, taking determined actions to support quality growth will help not only China, but the world.”

These announcements are made at the end of long weeks during which the future of Evergrande, which is in an acute liquidity crisis, is shrouded in mist. China’s second-largest real estate company before the outbreak of the crisis has the largest debt in the global real estate sector, standing at $ 300 billion. Over the weekend it announced that it is not expected to meet the refunds that were due yesterday. In response, a number of Chinese authorities have stated that they will help manage the company’s debt problems, while emphasizing the need to maintain stability. At the same time, government officials came to the company’s headquarters to help settle its financial affairs. Again, without any statement of Beijing’s commitment to financially support the company. On Tuesday, following the arrival of government representatives, Evergrande announced that it had set up a risk management committee in which government officials would sit alongside company representatives to “reduce future risks.” Evergrande shares traded at $ 0.24 yesterday after falling 86% since the beginning of the year.

Evergrande is not the only real estate company in China to be under a debt burden. According to Goldman Sachs Bank, Chinese construction and development companies are expected to repay debts totaling $ 1.3 billion in December alone. Another notable company is Kaisa Group, which had to pay $ 400 million to The Hague holders. H. Yesterday, after announcing last week that it had not received the creditors’ approval to renegotiate the terms of repayment.

Meanwhile, estimates continue to rise that the Chinese government is willing to let these companies collapse in a controlled manner, to address what it sees as a bubble in the housing market and a long-term goal of supporting market stability.

This is not a complete surprise. The administration sees the behavior of companies like Evergrand as a threat to the stability of the economy and also a source of social unrest. Property ownership is considered a leading cause of inequality in the country and a source of government anxiety due to the resulting social unrest. The government’s moves are intended to make the housing market “less important” for the economy and to fulfill the new goal set by the Communist Party – a common prosperity.

Prevention of civil unrest
Today, the asset market accounts for about 30% of China’s GDP and the administration seems to carefully choose who to let fall, assuming that the falls may be painful, debtors will record losses and billionaires fall short, but are in any case necessary for the market’s long-term resilience. A strategy directed and led by Chinese President Xi Jinping and the Communist Party with the aim of reducing social disparities and preventing civil unrest.

Beijing’s strategy also has clear risks, and even a controlled collapse could be too great for the administration to successfully control its consequences. The actions announced in the meantime, such as the administration’s announcement of additional targeted support for small businesses and green technologies to encourage growth, or a renewed declaration of intent to “support the housing market”, are ultimately limited. This is especially so when considering the size of the debt lying on the Chinese real estate sector.