A cycle of debates with the focus on the future 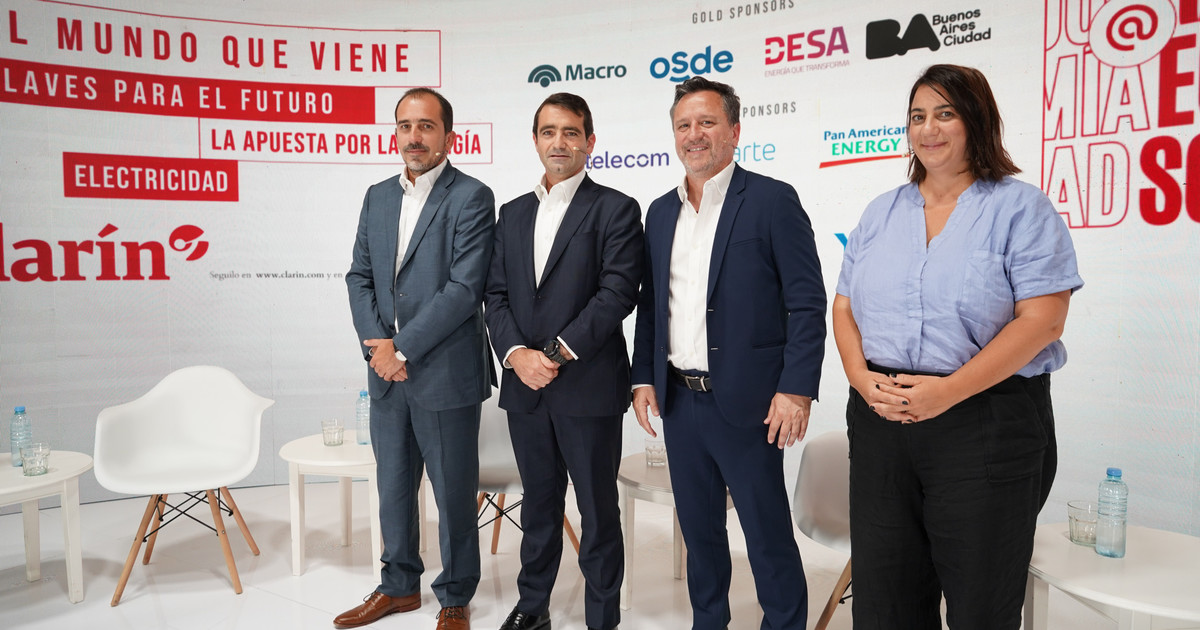 The acceleration of changes in society and in the business world were the center of the debate cycle “The World that Comes”, organized by Clarín and which took place in 10 meetings this year. Fernán Quirós, Eduardo López, Sergio Kaufman, Mateo Salvatto, Roberto Nóbile, Eduardo Hecker, Mariano Bosch, Pierpaolo Barbieri and Santiago Bilinkis, among other public officials, businessmen, consultants and specialists debated at tables that covered the future of work, finance, the countryside, the role of women, health, food, the new generations, transportation, home life and energy.

The meetings were streamed from the website of Clarion, and by the newspaper’s social media accounts. Notes about them were published in the web and paper editions. And they can be seen on the YouTube channel. They analyzed the latest trends, regulatory changes, new technologies, and the challenges of the future.

The first table was called “The Telework Challenge”, and it dealt with how the workplace changed in the post-pandemic. It was May 30 and Sergio Kaufman (president of Accenture Argentina), Roberto Nóbile (CEO of Telecom), Brenda Puig (leader of the IDEA network of company lawyers and Legal Director in Mercado Libre) and Santiago Bilinkis (entrepreneur and technologist).

Conversations Clarin “The world that comes” and the new forms of transport. Photo: Rafael Mario Quinteros

The second item on the agenda was changes in the world of finance, with the title of “Pay without touching the money.” It was debated at two tables. Thus, on June 22, with the subtitle “A business that changes and grows”, Eduardo Hecker (president of Banco Nación and Abapra), Brian Anthony (manager of Banco Macro’s Commercial Banking), Gabriela Saavedra (Leader Partner of KPMG Financial Services) and Sandra Yachelini (PAE’s VP Commercial and Downstream Marketing). And two days later, on Thursday 24, the table focused more on virtual wallets, and was called “Challenges for the consumer.” María Paula Arregui (COO of Mercado Pago), Pierpaolo Barbieri (Founder of Ualá), Ignacio Giménez Zapiola (CEO of Bimo), Javier Cesari (General Manager Latin America South of Fiserv) and Federico Cofman (CEO of Payway) participated there.

On July 5, the topic was the agricultural sector, with a table called “The field, always present.” The participants were Mariano Bosch (CEO of Adecoagro), Luis Zubizarreta (president of AcSoja and the Biodiesel Chamber), Axel Labourt (president of the Southern Cone region of Corteva Agriscience), Tiziana Prada (president of the Braford Argentina Association), and Mario Ravettino (President of the Consortium of Argentine Meat Exporters).

That same month, on Monday, July 26, the next table, “Women crossing borders”. On that occasion the speakers were Mónica Flores Barragán (CEO of Manpower Group Latin America), Rosana Negrini (President of Agrometal), Verónica Marcelo (General Manager of Natura), Sofía Soulez (CEO of Soaljo) and Irini Wentinck (Director of WTK Conductores electricity, and President of the Gender and Diversity Commission of the UIA).

“The key is health” was the table that was held on August 9 and analyzed the impact of the pandemic on, precisely, the health of Argentines, and in the health system In its whole. Fernando Quirós (CABA Minister of Health), Eduardo López (infectologist, Medical Director of the Children’s Hospital, member of the National Government Advisory Council), Virginia Ungar (psychoanalyst), Luis Fontana (General Director of the Osde Group), participated on that occasion. and Daniel Londero (Head of Bayer Pharmaceuticals for Conosur).

The changes in table habits was the subject of the debate “Eating at Home, which was held on September 6 and in which Mariela Mociulsky (director of the Trendsity consultancy), Astrid Mirkin (Rappi general manager), María Eugenia Botta (Quilmes Brewery and Malt) participated, Gaspard Hambückers (COO of the dark kitchen Kitchenita) and Cristian Aquila (chef, with more than 1.8 million followers on social networks).

On Wednesday, October 6, the topic of the debate was the new generations. In “The World of Millennials” participated Mateo Salvatto (CEO and Co-founder of Asteroid Technologies), Augusto Salvatto (political analyst and co-author with Mateo of the book “The Battle of the Future”), Juan Segura (consultant and expert in innovation and educational management), Erica Zamora (Vice President of People at Cervecería y Maltería Quilmes), Jorge Lukowski (Global Director of Marketing and Communications at Neoris) and Miguel Capurro (Director of Human Capital at Randstad Argentina).

Seeking greater sustainability was the focus of the debate in “The new forms of transport.” It was held on October 25 and participated in the participation of Federico Ovejero (Vice President of General Motors), Juan Cappellini (Head of Finance at Uber), Claudio Cunha (Country Manager of Enel Argentina) and Arturo Simone (CEO of the carsharing company Keko).

Another trend that was analyzed in the cycle was about changes in domestic life. It was the axis of the table “Hyperconnected Homes”, which was held on November 8 and in which Gustavo Sambucetti (director of the Argentine Chamber of Electronic Commerce), Eduardo Petrolatti (manager of the real estate company Adrián Mercado), Gabriel Barbagallo ( director of OSDE), Federico Hellemeyer (president of AFARTE) and Joan Cwaik (scientific disseminator, author of the book “The human dilemma”).

Finally, the last issue faced for the cycle was “The bet on energy.” There were two different tables. The first, on Tuesday 7, was on oil, and Rodolfo Freyre (VP Gas, Power & Business Development of PAE), Pablo Iuliano (Vice President of Non-Conventional Upstream of YPF), Ernesto Fonseca (Manager of Oil and Development of Shell) and Nicolás Arceo (director of the consulting firm Economía y Energía). A second meeting, on Thursday 9, was on electricity, and in it Martín Genesio (CEO of AES), Martín Mandarano (CEO of YPF Luz), Vanesa Vázquez (manager of Inclusive Growth of Cervecería y Maltería Quilmes), and Fernando Pini spoke. (Director of Corporate Affairs of DESA).