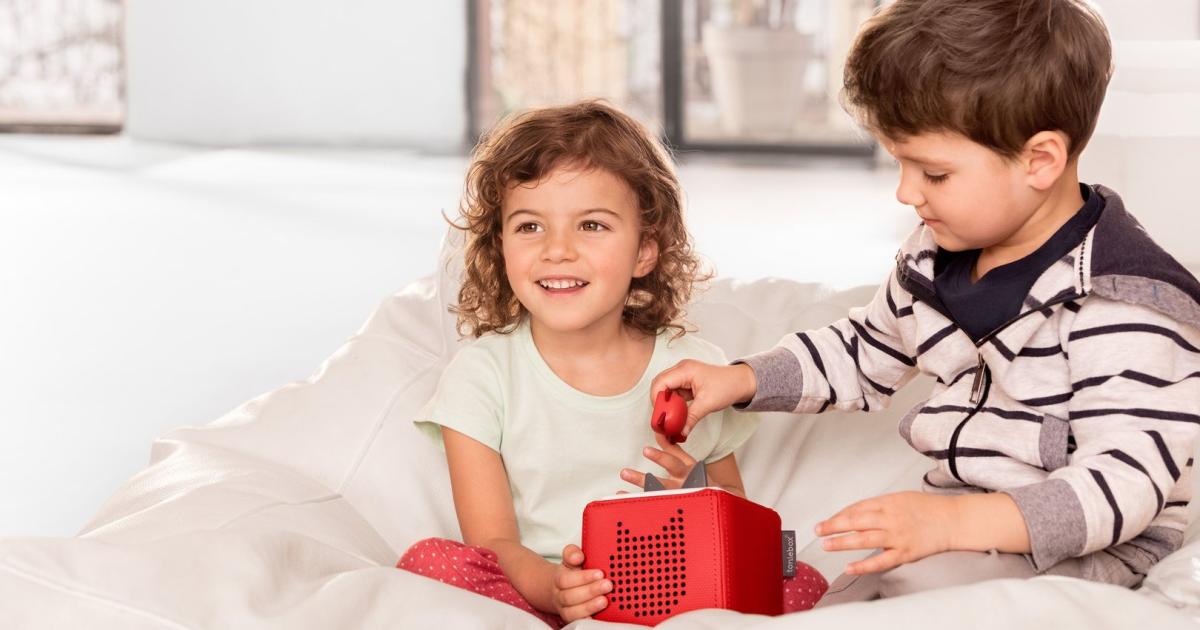 The two fathers gave up their original jobs in a managerial position in an advertising agency (Faßbender) or an electronics company (Stahl) long ago. With their audio boxes for playing, the two fathers must have hit a nerve with the times. After all, new podcasts are popping up all the time. Hearing is “in” again.

That explains the rapid success of Tonies. After only a few weeks on the market, the Toniebox, for example, received the Red Dot Award, a design award. Further awards followed. This is good business for the two founders. The Toniebox plus a Tonie as a starter set costs just under 80 euros, a single Tonie just under 15 euros. The company now has around 300 Tonies in its range and more than 300 employees.

A few weeks ago the company went public in Frankfurt. And through a so-called stock exchange company, which is called SPAC in technical jargon – Special Purpose Acquisition Company. This is a special purpose company. This is set up to initially collect money on the stock exchange (see info box). Patric Faßbender and Marcus Stahl and their company Boxine have teamed up with the investor Alexander Kudlich for this purpose. Their joint exchange company is called tonies SE.

Kudlich firmly believes in Tonies. “We see a Netflix for the nursery here,” he said in the Handelsblatt. The company is valued at around 870 million euros. As a result of the IPO, the company’s headquarters are now officially in Luxembourg because Spac is based there. But it is still a Düsseldorf company, as Faßbender emphasized to RP Online in an interview. The gross proceeds of around 190 million euros from the IPO are to flow into “international growth initiatives”, according to the company. For 2021, sales of around 172 million euros are expected, and in 2025 they want to reach 700 million euros.

Founders form the board of directors

Even after the IPO, the company will be managed by Faßbender and Stahl, who jointly make up the management board. The chairman of the supervisory board is Anna Dimitrova, currently Chief Financial Officer at Vodafone Germany.

Right at the start of trading, the share rose 18 percent to EUR 13.80. As of Friday, December 10th, it is currently eleven euros. Tonies wants to put the money from the IPO primarily into the expansion.