Thousands in Buenos Aires against the negotiations with the IMF 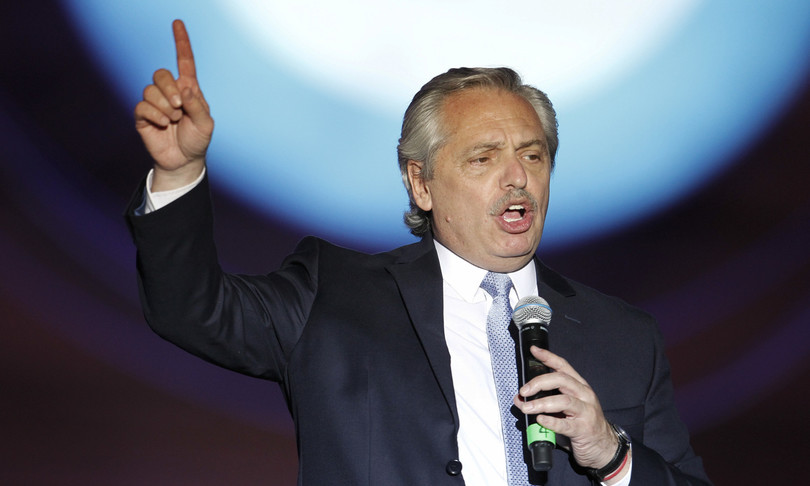 Thousands of people took to the streets in Buenos Aires to reject the agreement that the Argentine government is negotiating with the International Monetary Fund (IMF) with the aim of refinancing multimillion-dollar foreign debts.

The demonstration, organized by more than one hundred social, political, student, trade union, environmental and human rights organizations, started from the central avenue 9 de Julio and headed towards Plaza de Mayo, where the Casa Rosada is located. of the executive power of the Argentine Republic. For the national leader of the Socialist Workers’ Movement (MST), Cele Fierro, the future agreement with the Monetary Fund will be paid for “with the hunger of the people”. Hence the decision to hold a major national demonstration.

“Debt is a scam because there are billions that have come out with capital flight and to support the electoral campaign of macrism (in reference to Mauricio Macri, president between 2015 and 2019). None of those millions were used for solve the structural problems of the population “, denounced the head of the MST, one of the organizations that adhere to the protest. Argentina has been in discussions with the IMF since last year for the renegotiation of the $ 44 billion Stand By credit granted in 2018 to the then Macri government.

According to what was agreed three years ago, the South American country should pay the IMF, including capital and interest, 19.020 billion next year, 19.27 billion in 2023 and 4.856 billion in 2024, commitments that the government of Alberto Fernàndez warns that the country, afflicted by serious macroeconomic imbalances, is unable to pay. “Let’s go back to the streets to say no to the agreement with the IMF, no to the payment of the foreign debt and no to the adjustment they want to make, which goes against the workers and the people,” said Fierro.