The disappearance of Guglielmo Epifani, the “secretary-philosopher” of Cgil and Pd 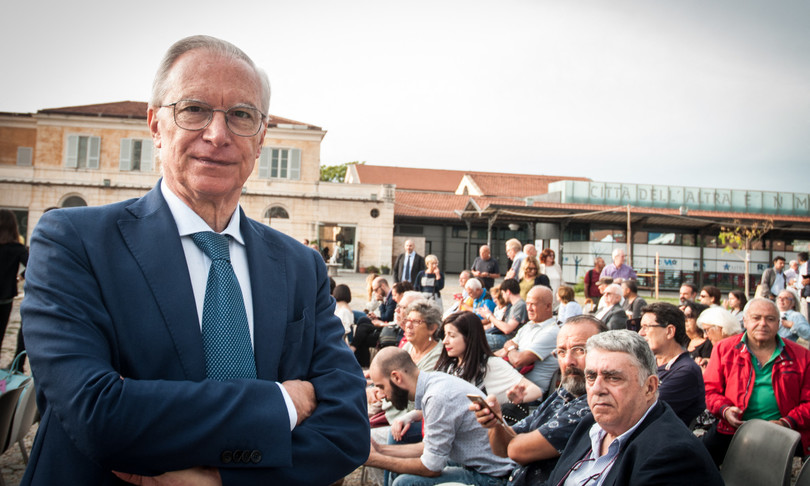 The Head of State, Sergio Mattarella, remembers him thus: “His commitment has made a contribution to the history of the Italian trade union movement and of the CGIL in particular, where he was able to express his reformist vision and his qualities as a committed executive, always attentive to the interests of the workers. In Parliament he brought his great experience and a baggage of culture that never indulged in sectarianism. I express my feelings of closeness and solidarity to the family and to those who have shared with him the activity of these decades “.

For the Prime Minister Mario Draghi “the life of Guglielmo Epifani was an example of democratic participation and social commitment, always at the service of workers and the weakest. His kindness, integrity and civic passion will remain in everyone’s memories for a long time. My heartfelt condolences and those of the government go to his wife Maria Giuseppina “.

The President of the Senate, Elisabetta Casellati, recalls Epifani’s “extraordinary ethical depth”. The Speaker of the Chamber, Roberto Fico, underlines: “Guglielmo Epifani was a gentleman. A man of culture and great depth”.

“The death of Guglielmo Epifani” is bad news, for the CGIL it is a very serious shortcoming. Guglielmo gave his life to the CGIL and the union “, commented the general secretary of the CGIL, Maurizio Landini. While for the Pd secretary, Enrico Letta,” he was union leader and secretary of the Democratic Party. I want to express deep condolences and the memory of all of us Democrats for the fundamental role he played in very difficult moments in the life of our party “.

Enzo Maraio, secretary of the PSI, says: “He was for many years a socialist member of the party, always engaged in the fight for the recognition of the rights of precarious workers and the weakest”. Massimo D’Alema comments: “I have always admired his intelligent participation and the correctness with which he interpreted his role in politics and in the union”.

A life dedicated to the world of work

A philosopher dedicated to the union. Guglielmo Epifani, born in 1953, joined the CGIL immediately after graduating from the La Sapienza University of Rome with a thesis on Anna Kuliscioff. First enrolled in the Italian Socialist Party and, after the end of the PSI, in the PDS, he was elected in 2013 to the Chamber of Deputies as leader of the Pd list, a party of which he became secretary between May and December of that year, in what he himself defined “a transition phase between Bersani’s secretariat and Renzi’s”.

He was the first socialist to lead the CGIL since its reconstitution in 1944. He arrived at the CGIL very young: first he directed the publishing house of the Confederation, the ESI, then he joined the trade union office, where he coordinated the contractual policies of the categories, and therefore to the Industry Office of the Confederation. In 1979 he began his career as a union leader with the post of assistant general secretary of the category of polygraphic and paper workers.

In 1990 he entered the confederal secretariat and in 1993 he was appointed assistant general secretary by Bruno Trentin. Deputy of Sergio Cofferati from 1994 to 2002, he then became Secretary General, until 2010, when Susanna Camusso took over. Since May 2013 he has held the position of Presidency of the X Permanent Commission of the Chamber of Deputies “Productive activities, trade and tourism”.

In the months at the helm of the Democratic Party, he wrote himself on the website, “we faced many local elections and won them all, prepared for membership of the European Socialist Party, raised the polls and fostered a climate of mutual respect within the party. the involution of the Democratic Party with its policies on work, school, electoral and constitutional reform, I decided with many others to leave the Democratic Party and to give life to Article 1 – Democratic and Progressive Movement and then to the Free and Equal list with Pietro Grasso “.