Storms are intensifying, with about a third of U.S. homes at risk 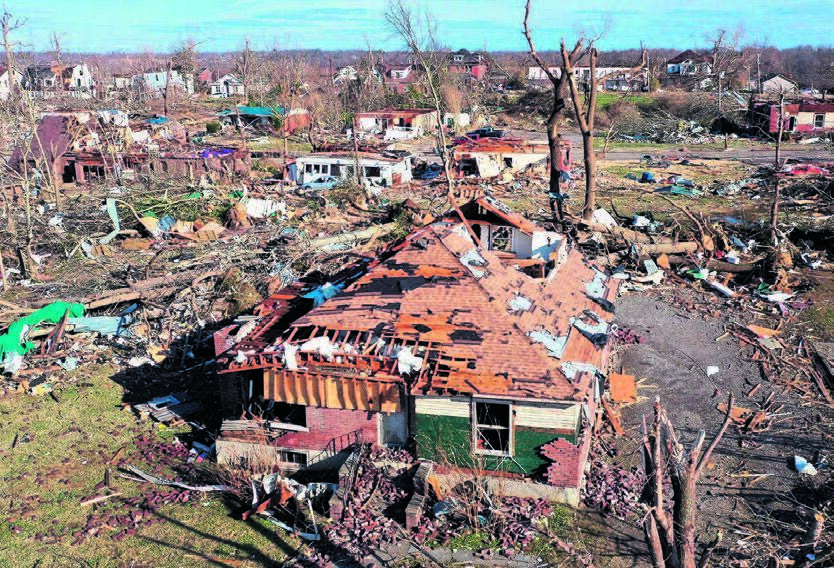 Dozens of tornadoes that hit the Midwest over the weekend raised the issue of home safety to the top of the agenda. According to CoreLogic data, some 35 million homes are exposed to damage as a result of the escalation in global warming

A deadly series of more than 35 tornadoes that hit the Midwest in the U.S. last Friday killed at least 70 people in Kentucky, the worst-hit area. , Tennessee, Missouri and Arkansas.

Even before weighing the damage of the weekend’s severe events, this year the cost of damage from tropical storms as of the end of November reached more than $ 67 billion. According to official data from the National Oceanic and Atmospheric Administration (NOAA), this is one of the most expensive hurricane seasons in U.S. history. , This type of storm is rated as the most expensive natural disaster. This year, the highest costs were recorded in Louisiana, as a result of Hurricane Ida, followed by New York and New Jersey.

Aesthetics and costs at the center
“This is the deadliest tornado in Kentucky history,” Bashir said at a news conference Tuesday, promising local residents, “We will get through this. We will rebuild.” Against the backdrop of federal government announcements to channel aid to disaster-stricken areas, the issue of the U.S. construction standard has surfaced again.

In an era of exacerbation of climate change and the expectation of an escalation in the frequency and intensity of natural disasters, the resilience of homes is gaining momentum. According to CoreLogic, about 35 million homes, about one-third of all homes in the U.S., are at risk from global warming-related natural disasters. “But every time a catastrophe happens, it’s approaching, people get the feeling of ‘wow, it could have been me.'” .

According to the U.S. National Builders Association, while most new homes are built to a standard that requires earthquakes, floods, hurricanes, hurricanes and forest fires, the vast majority of U.S. homes – about 80 percent – were built before it was introduced. International Standard in 2000. As a result, they may require improvements in order to make them safer. However, according to experts in the field, issues of aesthetics and costs are still central to homeowners’ considerations, rather than the threat of future natural disasters.

Amid fears of an increase in natural disasters, there are already several companies operating in the United States building more resilient homes to climate damage. 1968, builds homes that are resistant to hurricanes and floods, and according to its publications, they are able to stay afloat even when winds are blowing at a speed of 305 km / h. The cost of a three-story house with an area of ​​about 300 square meters is about $ 750,000.

Preparing for an incomprehensible future
According to company president Steve Linton, who told the New York Times, Deltech did not start out with the goal of building storm-resistant homes. In the 1960s, it sold holiday homes for rent in the rounded shape that is typical of it even today, in order to maximize the enjoyment of the landscape. But over the years, customers have noticed that their homes have withstood storms and hurricanes better than their neighbors. In the 1990s, the company came out with a redesign that would withstand stronger storms and began marketing the homes as storm-resistant.

Since its inception, Deltech has built more than 5,000 homes. Last year, Linton says, orders jumped 44 percent from a year earlier. This is due to the relocation of people to private homes following the plague, but also because of the understanding that climate change requires special preparation. Deltech is currently working on developing homes that can withstand storms of up to 362 km / h. The speed of the storms that hit over the weekend and the exact length of their route have not yet been thought of.