Italy | Cingolani: on the climate “a complex transition plan affects everyone” 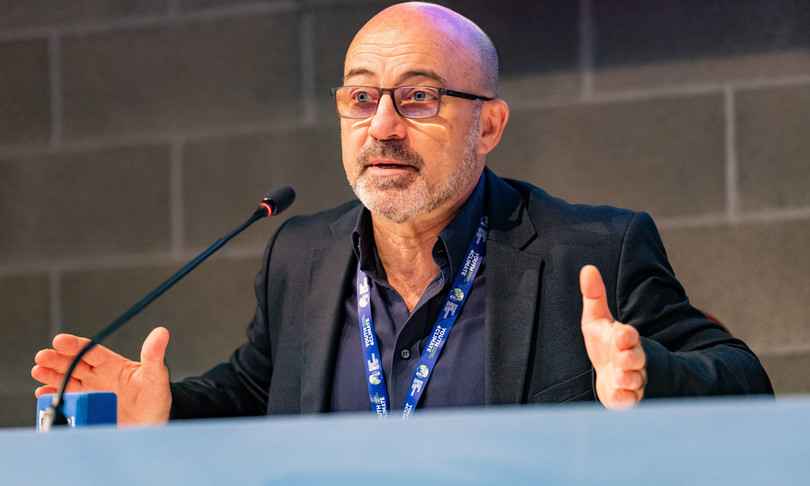 “We need to develop a transition that is neither too slow nor too fast. At this stage we are redesigning the future in the short term. The result is a very complex plan that it heavily affects everyone and has political implications“This was stated by the Minister of Ecological Transition, Roberto Cingolani, during the virtual meeting with high school students as part of the Cosmopolites civic education project.

“Our plan, coordinated with the European Commission, has become what pulls the transition. It needs to be monitored every year and it takes everyone’s commitment. Once this phase is over, I will go back to my job and afterwards someone else will have to carry out this great transformation paying particular attention to the socio-political aspects and, possibly, changing what will need to be changed in the course of the work “, he added.

“At this moment – declared the minister – we are focusing on the transformation of renewables, trying to greatly increase the share of renewable electricity, making a massive investment in the next 10 years, in order to have over 70% of our electricity produced from renewable sources. This makes it credible to use electrical transportation and electrical manufacturing. We get out of coal and go more to electricity “.

Nuclear fusion is the solution to everything

“I am absolutely certain, I would put my signature on it, that nuclear fusion will be the solution to everything. The concept is: in 2050-2070, I don’t know when we will succeed, to have a small miniature star, with a diameter of 30 cm, which in a big city produces energy for everyone and does not make radioactive waste. Then there is the fission which is the one that creates problems and is a little more critical “, said Cingolani, underlining that with” fusion is done like nature, the universe is copied, and surely that is the way . Also for this reason in the taxonomy there cannot be nuclear power because the whole universe works with fusion and sooner or later we too. It is certainly a sector where you need to make big investments and study a lot “.

“We cannot decide today on nuclear power because, even if we had 100 billion in our pockets, today there is no nuclear solution ready. My technical, not political, position is that absolutely I wouldn’t do first and second generation power plants, because they are complex, expensive and have problems.

I am absolutely convinced that it goes studied the new generation of reactors, the so-called small modular reactors, do not produce very large power but are safer. In my opinion, excellent cost-benefit news could come from there, but they are being studied in many countries around the world. The technology must be studied and understood, it will take several more years. If such a technology were to be studied it would be wise, I would, “added the minister.

“We have an important appointment with the European energy taxonomy. The European commission, after a long work, will publish the taxonomy in these days: an intelligent table that says which energy technologies are considered green that do not produce carbon dioxide and climate-altering gases and on which it will be possible to invest in the coming years. Each state will then make its own energy mix “, the minister recalled, underlining that in the European taxonomy” 99% will also include nuclear power, because objectively it does not produce Co2. it is certain that there is, they have already anticipated it “.

According to Cingolani therefore, “with this in mind, we must think that there will be the possibility of being able to use nuclear power between the various sources. Every country is sovereign, we voted in referendums years ago that excluded the use of nuclear power. It was first generation nuclear power. Then, when we have all the data on new technologies, the country will make its decisions and it can do so in many ways, by making other referendums and other laws, but I will not be there “.