Italy: The sectors that will not stop during the strike of 16 December 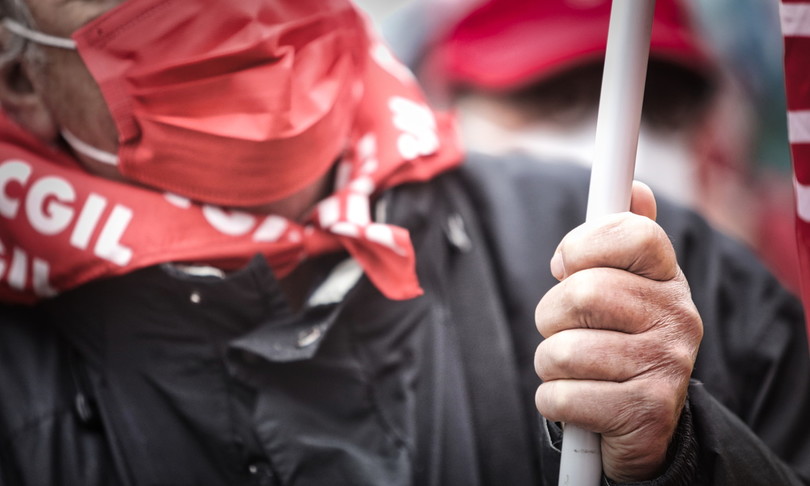 Healthcare, schools and post offices will not stop due to the general strike proclaimed by CGIL and UIL for Thursday 16 December. The unions themselves have decided to exclude public and private health, including RSA, “to safeguard citizens’ priority right to health in this pandemic emergency phase“.

The school staff, having carried out the strike on 10 December, will not join the protest. The entirely excluded sectors also include those of environmental hygiene and post office workers. A series of companies will not stop in multi-service cleaning, or in private security, which had already been affected by previously scheduled stops.

Many companies excluded from local public transport due to close unrest: the Panoramica Chieti, the Lanar Mobilità Formello (Rome), the Avm-Act Venezia, the Ferrotramviaria-Nord Barese Bari railway, the Atm Molise – Campobasso-Isernia deposits, if the Atm Messina, your Lanciano (CH).

In air transport, some airport service companies have been exempted such as the Mle which operates at Linate and Malpensa, as well as the personnel assigned to port services who will strike on 17 December. In rail transport excluding Trenord / Lombardia, Mercitalia Rail Lombardia and Mercitalia Rail Campania, again due to close agitation. For concurrent strikes, Rai employees belonging to the Turin TV Production will also be excluded.

Bombardieri (Uil): “Strike is a right, not a proclamation of war”

“Allow me to clear up a little the climate that has been breathed in these days: proclaiming a general strike does not mean proclaiming the third world war, but using a right recognized by the Constitution”. This was specified by the general secretary of UIL, Pierpaolo Bombardieri, remotely speaking at a meeting of Uil Trasporti in Trieste.

“I remember – he added – that whoever comes to the square renounces his working day: and then it is necessary to have respect for male and female workers rather than for trade unions. We will work in these hours, on the last day we have left, to ensure that participation in the strike and demonstrations is as wide as possible ”