The state has decided not to intervene: the oil agreement between Israel and the United Arab Emirates is expected to be nixed 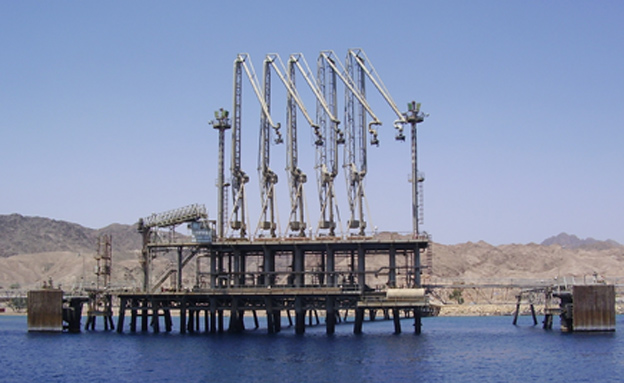 The controversial agreement is intended to turn Eilat into a staging post in the process of transporting oil between the Gulf states and Europe.

A legal opinion to be submitted by the Prime Minister’s Office to the High Court in two days states: “The government should not be prevented, if necessary, from exercising its powers in a hat as a regulator.” “Therefore, we do not see any place or need for further intervention beyond that.”

The purpose of the oil transportation agreement, which provoked controversy at the time of its signing last year, was to turn Israel into a kind of bridge for the transfer of oil. Meaning: Fuel that leaves the United Arab Emirates will be transported to the shores of Eilat and Ashkelon as a stopover, from where it will continue directly to Europe.

The main advantage of this agreement is of course money that will go directly to the state, but alongside the wage it is a great ecological risk, as we have seen in the past in Nahal Tzin and the Evrona Reserve. For the sake of magnitude – the State of Israel is expected to lose about $ 17 million a year – before we calculate the diplomatic implications.

The Society for the Protection of Nature stated: “The Society for the Protection of Nature, which led the struggle, with dozens of other environmental organizations and civil society, in cooperation with the mayors of Eilat, Ashkelon and the residents, welcomes the publication that the EPA, which threatened national security, desalination “Tourism, the economy, health and the environment will probably be eliminated. We are waiting for the official response of the state, which is expected to be submitted in two days, in response to the High Court we submitted on the matter, together with man, nature and law and clear.”

Maya Yaakovs, CEO of Zalul, said: “The Attorney General’s statement states that health and environmental protection considerations led by Minister Zandberg in her demand to block the severance agreement are appropriate and proportionate. Today, more than ever, it is clear that there are no political considerations or economic gain from the agreement signed and it should be rescinded immediately. The prime minister and the foreign minister must bring the matter to a government decision as soon as possible and not roll the important decision to the door of the High Court.