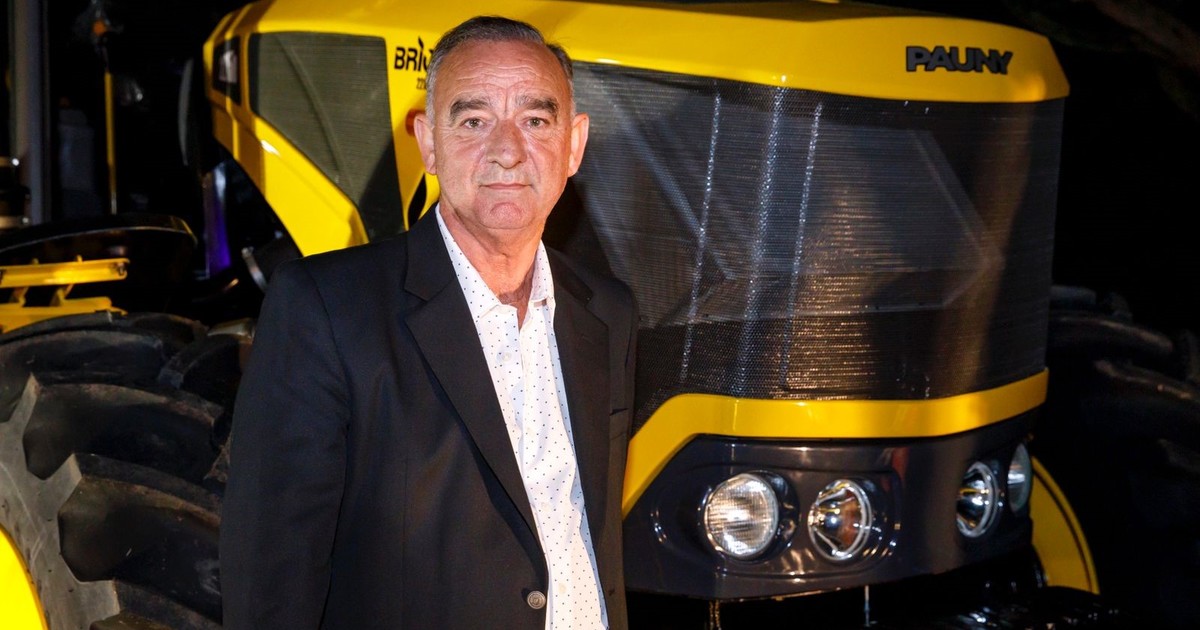 “If there is something that is learned quickly in Argentina, it is to survive. These 20 years is something very special because we started in 2001 and the situation in the country was really very difficult. But after 20 years, we are leaders in sales and we have a very strong dealer network. ”

These words belong to Jose Maria Lopez, vice president of the Cordovan company Pauny, and one of the promoters of the brand after Zanello went bankrupt at that time.

José María was a former employee of the renowned brand that went bankrupt in 2001 and 1,000 workers were left unemployed. Faced with this adverse scenario, José María, who was in charge of the commercial part and his partner Raul Raúl Gia Levra, current president of the Cordoba brand, which was in production, worked to keep the factory running.

So they decided to set up a company with various sectors linked to the company and reactivated the production of tractors. “At first, the idea was to sell 10 tractors per month and within 6 months we were already selling 100,” he recalled.

He indicated that the important devaluation that existed at that time boosted the national industry to growth. “We had a great demand and we started to take off,” he added.

Thus, at present 900 workers work between the two floors of the firm. The plant is located in the city of Córdoba and the other in the Santiago town of La Banda, where they make special tractors and are an auto parts company.

Also, this year They close with two records in production and sales. They manufactured 2,000 tractors, a 35% increase compared to 2020, and a sale of 2,100 tractors.

What’s more, export to 16 countries but at the moment it is a small percentage because they are focused on the domestic market.

According to the Pauny manager, the higher sale has several factors. First, he stressed that the tractor market came from three years with low sales. “The age of Argentine tractors is 20 years,” he added.

Another key point in this boom that you mentioned was accessible credits by public and private banks. He also attributed it to the good grain harvest and the rise in international prices.

The governor of Córdoba, Juan Schiaretti, participated in the launch of the new tractor.

José María remarked that they invested a lot in the factory to expand capacity and achieve these historical values. “It is necessary to take advantage of good years so that the factory has greater production,” he said.

In order to grow in the way that they have been doing, he maintained that they invested in machinery to streamline production processes, with amounts that exceeded 10 million dollars. And for the launch of the new tractor last week they reached 4 million dollars.

“I am convinced that Pauny is a price moderator because otherwise imported tractors would have other types of values,” he said about what it is like to compete against multinationals. “There is competition and competition is healthy. It is good for the customer because it has possibilities. to choose, not only for technology but for price-power ”, he closed.

Pauny presented its new Brioso 2215ie tractor to the market last Friday, a team that surpasses the well-known Audaz for its hydraulic system, its new CUMMINIS engine and its renewed design.

It has 215hp of power and an electronically controlled injection system that consumes less fuel at the same power, a relevant fact when it comes to making resources more efficient and optimizing investment. Also, its two tanks have been resized, they are 55% larger than the conventional ones and load up to 420 liters, which gives greater working autonomy, a requirement that producers had for a long time.