From cotton to UAVs: US will disengage from Chinese “slavery” 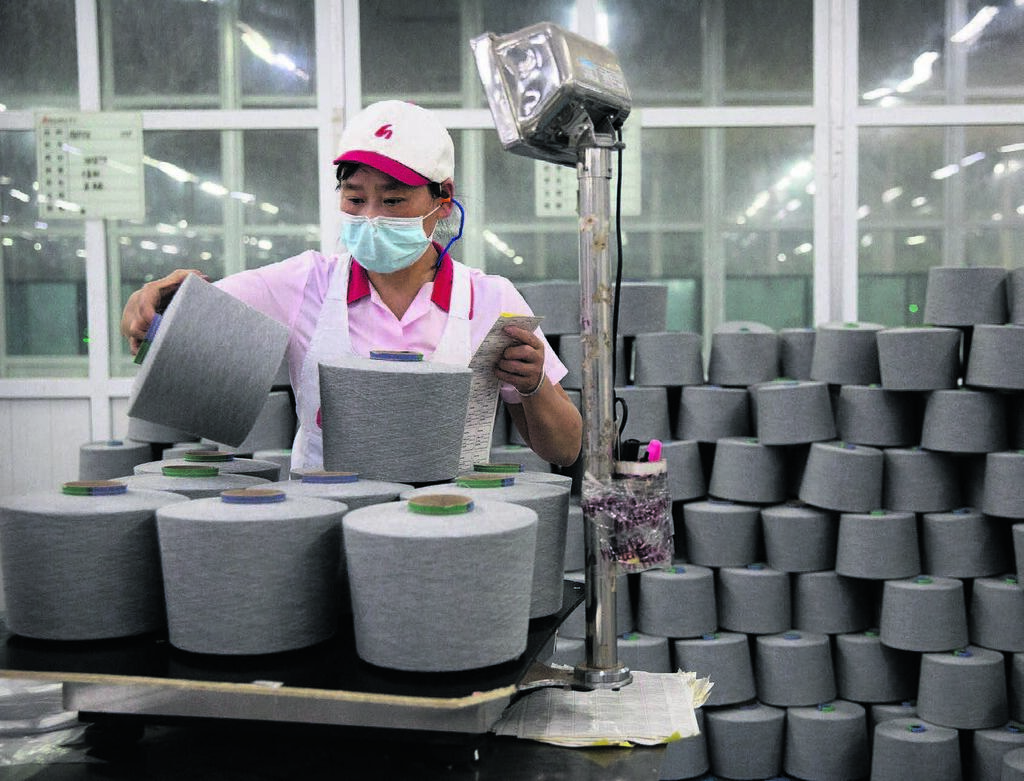 Congress has banned the import law from Xinjiang Province, which employs forced laborers from the Uighur minority. Meaning: Damage to China as the leading exporter of cotton and solar panels. The U.S. will also compete with companies involved in Uighur monitoring

In the most significant move taken by a Western country to date, Congress on Tuesday passed by a majority vote a law banning imports of products from Xinjiang. The law is also intended to combat the employment of children in China, some in the region in question, but also in other provinces.

The law comes into force about six months after the U.S. Department of Labor released a document detailing moves to eradicate imports from Xinjiang, whether direct or indirect, noting widespread exploitation of forced laborers in the agriculture sector. It is estimated that cotton products worth about $ 9 billion and tomato products worth about $ 10 million will be imported from China to the United States by 2020.

Impairment of green trends
The move is dramatic mainly due to China’s significant share in the cotton industry. 20% of the raw materials come from China, while the production in Xinjiang constitutes 85% of the Chinese cotton product. In the document, the Ministry of Labor emphasized that companies doing business with China must make sure that no link in the supply chain is infected with the products of these camps.

Another significant industry in which the document deals are the solar panels and Xinjiang’s share in the supply chain, in light of the fact that China controls the global production of components and raw materials in the field. In 2020, Chinese companies controlled 70% of the world’s supply of polysilicon for solar cell production, with 45% of the material coming from Xinjiang. China also controls the components and other materials required for industry, including the solar panels themselves. According to expert estimates, solar panels assembled in the U.S. over the past five to ten years have most likely come from China, and recent moves are expected to slow their installation. Bounce the share of solar energy in the US electricity sector from 3% today to over 40% in 2035.

The federal government is also operating on the front of child slavery in China, following reports of their forced employment in cotton picking in Xinjiang and Gansu Province. It is estimated that up to a million children are recruited each year for the cotton harvest, most of whom receive meager wages from which the costs of meals, transportation and school fees are deducted. In Henan provinces, Shanshi and Sichuan have reported 13- to 15-year-olds employed in the electronics industry, sometimes in coordination with educational institutions. China also employs children in the toy industry.

Apart from the legislative level, the US administration is taking further steps against China due to the repression of the Uyghur minority. Yesterday, the Financial Times reported that the U.S. would add to the blacklist of Chinese companies with which not to do business or invest in, another eight companies. These include China’s largest commercial UAV manufacturer, DJI Technology. Also on the list are Megvii image recognition software maker, Dawning Information Industry maker, facial recognition specialist CloudWalk and artificial intelligence, cyber security and cloud computing companies.

According to the report, the decision is a response to their alleged involvement in monitoring the Uyghur minority. The Ministry of Commerce is also expected to add over 24 Chinese companies, some of them biotechnology, to the list of entities to which US exports will be restricted. The decision comes after the U.S. announced last week that it would impose a diplomatic boycott on the February 2022 Winter Olympics in Beijing because of “horrific human rights violations.”

Criticism against Erickson and Uniqlo
Not only is the US working to expose problematic supply chains. In March 2020, the Australian Institute for Strategic Policy (ASPI) released a report identifying 83 foreign and Chinese companies that allegedly benefited directly or indirectly from the use of Uyghur forced laborers. These included, among others, Adidas, Abercrombie & Fitch, Amazon, Gap, M&H, BMW, Puma, Nike, Inditex and North Face. Following a request from human rights activists, most of the companies stated that they do not use raw materials or products that come directly from the area. Experts have repeatedly stated that due to production in third countries, it is difficult to impossible to know whether forced laborers were involved in the processes.

Last month, following complaints brought against Swedish cellular maker Ericsson, the company stated that it had stopped using manufacturers in the problem area. Fast-Retailing, Uniqlo’s parent company that was required to address the issue, also stressed that its production procedures do not involve human rights violations.