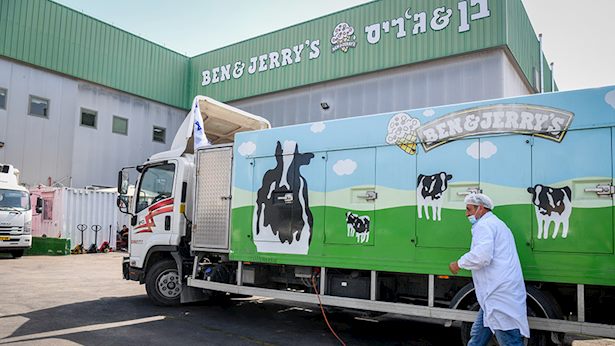 Los Angeles City Council members are pushing by all means to reverse the decision of Ben & Jerrys, a subsidiary of the food manufacturing giant, to boycott sales in Judea and Samaria.

The proposal, submitted by two Jewish council members on Dec. 8, would prompt the city’s two largest pension funds, the Los Angeles City Employees’ Pension System (LACERS) and the Los Angeles Fire and Fire Department (LAFPP), to report on Feasibility of a sale from Ben & Jerry’s and Unilever.

“We have serious concerns that other companies will look to Unilever and Ben & Jerry’s as a model for targeting Israel and waging economic warfare against it,” ICAN California Chairman Vered Alkobi Nissim said in a statement. Of a large Israeli community, send a strong and clear message that public dollars should not support antisemitic discrimination. ”

Los Angeles may join a growing list of governments, cities and states that have tried to hit Ben & Jerry’s because of what they see as participation in the boycott, investment, sanctions (BDS) movement. As a reminder, in July the Vermont ice cream company announced that it would end sales “in Israeli settlements in the West Bank by the end of 2022,” saying it was inconsistent with the company’s values ​​”so that our product would exist within an internationally recognized illegal occupation.”

Despite Ben & Jerry’s position that it does not boycott Israel, several states and municipalities have enacted laws against BDS to get rid of Unilever, a consumer goods company with a market value of more than $ 135 billion. In September, Arizona sold $ 93 million in Unilever bonds following the decision. Many other states followed suit, including Florida, Tennessee and New Jersey.

Los Angeles is the largest city to promote such a move, but it is unclear how much power the council has over the two funds, both of which are run by boards consisting of mayoral officials and members elected by employees. The proposal and decision on Ben & Jerrys will be put to a vote at a later date.